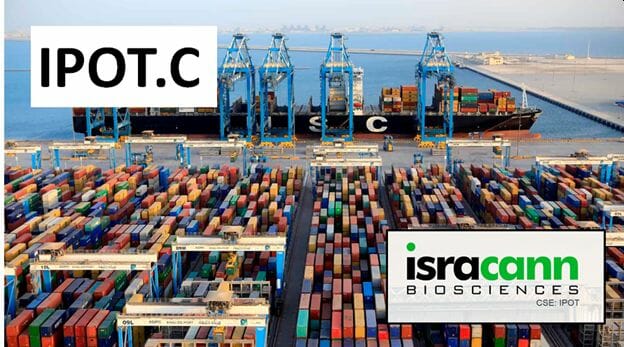 On a frenetic news day when Supreme Court nominee Amy Coney Barrett stated she wasn’t sure if Trump can pardon himself, when U.S. homeowner mortgage delinquencies hit a 21-year high, when Billie Eilish hits back at body-shamers – you can forgive a harried news-consumer for failing to notice that Israel just wrote new cannabis export laws.

And it’s a game changer for Isracann (IPOT.C).

October 14, 2020 Isracann announced that “the government of Israel has officially enacted the legislation for the export of medical cannabis, clearing the way for sales abroad that the government expects could generate more than 1 billion shekels ($273 million) in annual revenue.” 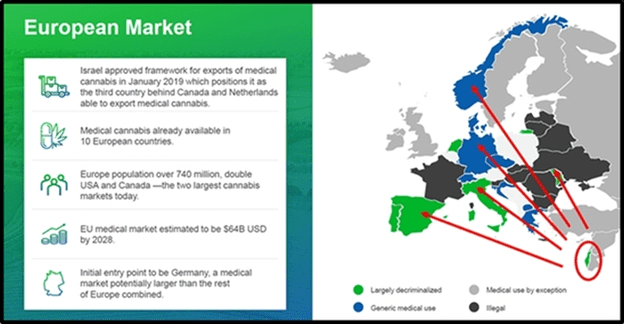 “Isracann is Israel’s first pure-play cannabis firm to list in Canada,” wrote Equity Guru’s Chris Parry in the summer of 2019 when IPOT first got on our radar, “It is focused on becoming a premier, low-cost cannabis producer.”

Since then, Israeli politics have been in turmoil. Three dead-locked national elections.

Prime Minister Benjamin Netanyahu is currently under investigation for corruption.

Last week, “Tens of thousands of Israelis calling on Prime Minister Benjamin Netanyahu to resign demonstrated across the country,” reported Euro News, “saying he is unfit to rule while on trial for corruption charges and accusing him of mismanaging the nation’s coronavirus crisis.

Despite the political turmoil, Israeli cannabis laws have been advancing.

“Economy Minister Eli Cohen gave final approval for the exports more than a year after the cabinet initially supported the legislation,” reports IPOT, “Within Israel, medical use of cannabis is permitted with recreational use largely decriminalised.

The ministry reports about 70,000 Israelis currently use medical cannabis consuming an estimated 25 tonnes per year. If this growth trend continues, Israel could see a market of over 200,000 medical patients consuming 85 tonnes per year within the next two years.

As reported by Reuters, Hagit Weinstock, co-founder of the Weinstock-Zehavi & Co. law firm and a pioneer of cannabis regulation in Israel stated “There are many investments that we are expected to see happening now, because investors were waiting for this approval.”

According to recent reports, the Israeli Ministry of Health has launched a new pilot program whereby medical cannabis producers will be approved to export medical cannabis, subject to concurrent product availability to Israeli patients at a fixed discount price of NIS14 per gram (CAD$5.50 per gram) for patients over 21 years old, and NIS10 (CAD$4.00 per gram) for those patients under 21 years old.

News from Germany: In 2019, patient demand increased dramatically and the International Narcotics Control Board (INCB), confirmed a quantity for the import of medical and scientific cannabis of about 20.77 tonnes in Germany,” reports Labiotech”.

“The essential question was what was going to happen in 2020? Due to unknown reasons – probably the coronavirus pandemic and the stagnation of new patients in doctors’ practices – the INCB first defined an import quantity of only 16.1 tonnes for 2020,” continued Labiotech, “Importers soon noticed that this amount would not be sufficient to meet patient demand”.

Recently, Germany filed an application with the INCB to increase the 16.1 tonnes by about 12.4 tonnes, to reach over 28 tonnes of medical and scientific cannabis for import in 2020. The application is still pending.

“Furthermore, patient demand is increasing continuously, which is why we still need imports of cannabis to meet the increasing demand,” stated Labiotech, “Currently, cannabis for medical purposes is only imported from three countries. These are Canada, the Netherlands, and Portugal. 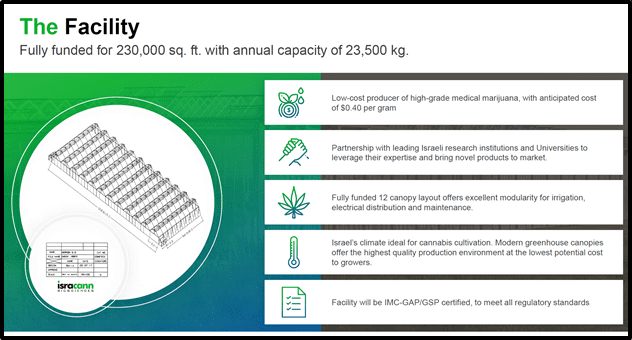 “Todays news is a win-win for both the medical patients in Israel and the domestic producers,” stated Isracann COO Matt Chatterton, “Export licensing will be a huge economic driver for the licensed producers and an incentive for investment that should spur rapid growth across the industry.

“The government’s plan to ensure subsidies for the domestic market will see supply finally catch up to demand along with stabilization of the supply chain through improved product processing and quality assurance that is required for entry into export markets,” continued Chatteron, “It’s been an extensive process to get to where we are today, but with todays announcement we find ourselves in great shape as we continue to build our company and shareholder value in Israel.”