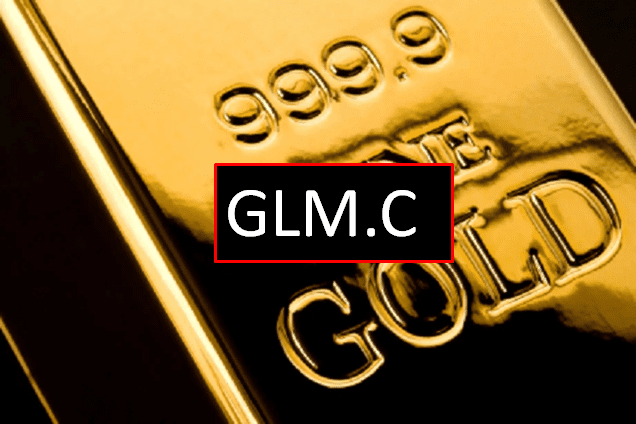 On September 8, 2020 Golden Lake Exploration (GLM.C) announced that it has bought the Copperview Project – expansive group of claims – located in south-central British Columbia.

“Mining Journal’s 2017 World Risk Report ranked BC as the least risky jurisdiction in the world for resource investment, largely on the back of its world-leading mining code,” states The BC Regional Mining Alliance (BC RMA), “Industry, Aboriginal groups and all levels of government are working together to encourage responsible resource development”.

If the MPD Property was an armed fugitive, and the GLM’s trio of claims were FBI agents, we would strongly advise the MPD property to come out with its hands up. 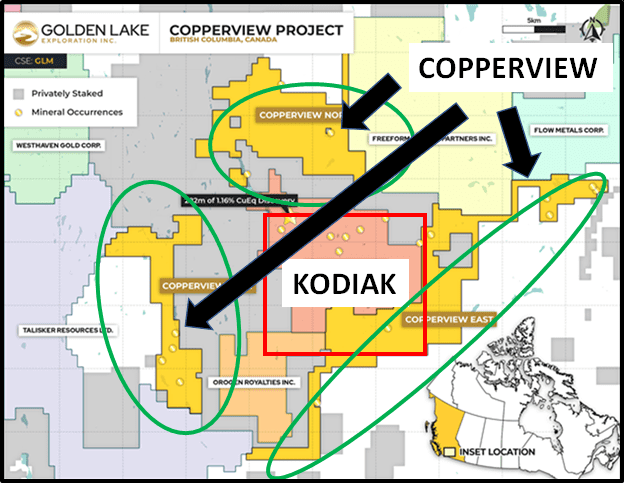 Six days ago, Kodiak reported the discovery of a significant high-grade copper-gold extension of the recently discovered Gate Zone at MPD.

“We view this new discovery as transformative for the project, and by extension for Kodiak,” stated Claudia Tornquist, President and CEO of Kodiak who believes the new high gold values would be considered “a successful stand-alone gold discovery in the absence of any copper.”

“Given our 100% ownership of MPD, and its position adjacent to highways with year-round accessibility, we anticipate a very active remainder of 2020,” added Tornquist.

The “collective wisdom of the market” deemed the drill results significant. 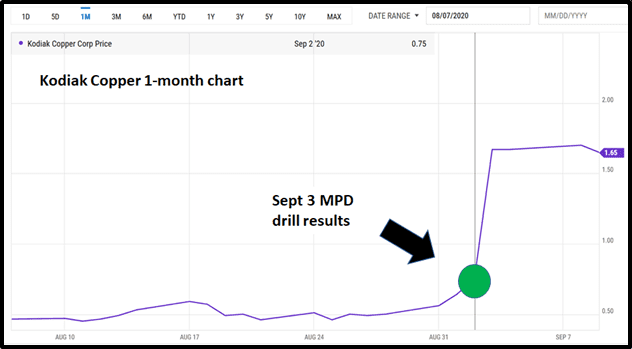 That’s about 40 times the size of Stanley Park.

The southeast and east portions of the Copperview project are contiguous to Kodiak’s MPD Property.

Most of the Copperview project has seen only limited exploration activity and only a few shallow drill holes.

“With some exploration activity dating to the 1960-1970s, many historical copper intervals were not assayed for gold, representing underexplored gold potential,” states GLM.

“The acquisition terms are favorable, and the ready access and setting allow for immediate field investigation of known showings and targets by our exploration team,” stated Mike England, President of Golden Lake, “The ability to work the project on a year-round basis complements nicely with our exploration activities on the Jewel Ridge gold project in Nevada.”

Jewel Ridge is located adjacent to, and south of, the former Ruby Hill gold property produced about 680,000 ounces of gold from the Archimedes open pit.

“This oxide material was encountered at 183 meters but the hole was lost at 206 meters, bottoming out in mineralization.

The occurrence of alteration and strong oxidization at these depths on the South Eureka Tunnel target represents a new target that will require additional drilling. The deepest previous hole on this target was drilled in the 1980s to a depth of 340 ft (104 m). The Company is proposing to deepen two of its planned holes of this Phase 1 program to test the deep oxide target.

The Company is negotiating with the drill contractor for a return to the Jewel Ridge property for a Phase 2 drill program. As part of this planned program, the Company will make necessary site preparations to allow the drilling of deeper holes (230 to 275 meters depth) to test the new deep oxide target.

This is the kind of development that could really move the needle for Golden Lake.

The Ruby Hill mine further to the north has a deep sulphide zone—the Ruby Deeps—with grades in the range of 6.5 g/t Au. 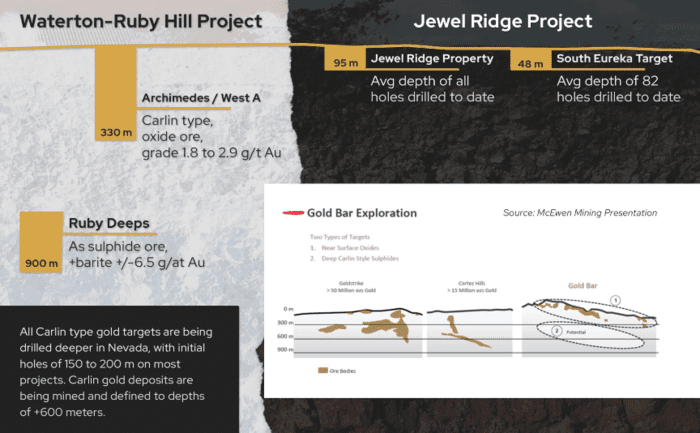 Back to this recent acquisition

GLM will publish exploration plans on the Copperview project following a detailed review of existing geological data and a site visit to the BC property. 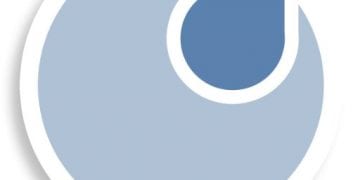