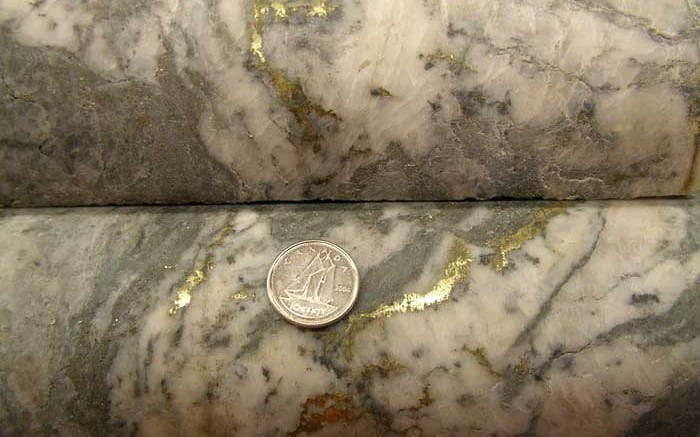 GLM had previously announced that their explorations plans were going to include up to 20,000 feet of diamond core drilling. In their previous announcement, Golden Lake had said they are hoping to have the first drill contractor begin at the beginning of May and drill 14,000 feet.

Today’s press release also stated that negotiations are underway for GLM to bring a second drill on in Q2 2021, which will drill 6,000 feet.

“We are very pleased to have secured Big Sky for our upcoming program at Jewel Ridge set to commence the first week of May. Our objectives will be to follow up on last season’s core drilling success and to begin testing numerous other targets also defined.” stated Golden Lake CEO Mike England.

Golden Lake saw their share price surge after they discovered “bonanza” grade gold at the Jewel Ridge property in February. Then, as March went on, their share price slid down, dropping below their pre-bonanza high, before inching up in April.

Golden Lake is not waiting around, and have four forms of exploration planned. Beyond the 20,000 feet of drilling, they are also a Long Wave Infrared (LWIR) survey and hyperspectral imaging going on, as well as geophysics surveys planned.

The project is located near Eureka, in Nevada, a state famously friendly to mining interests. The Fraser Institute ranked Nevada first on their Investment Attractiveness Index.

Speaking about the planned drilling in their press release, Golden Lake wrote: 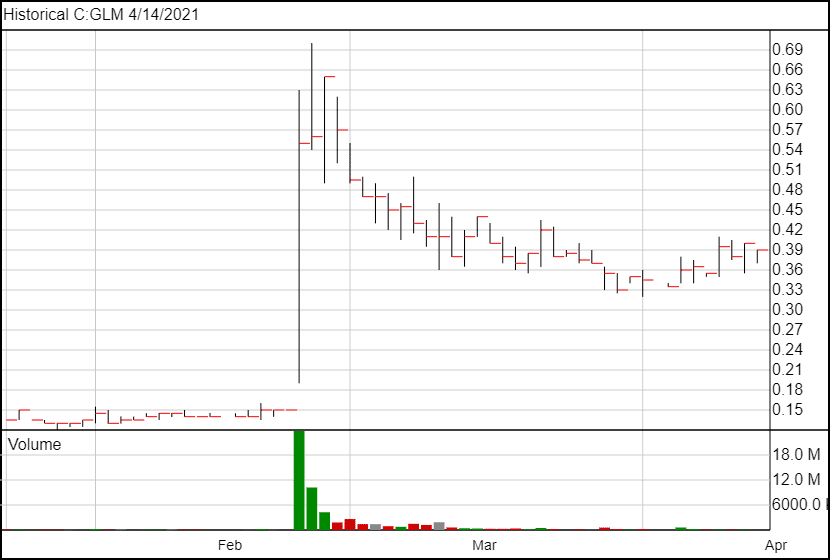 Following the news, GLM’s share price declined slightly and is currently trading at $0.39.