On December 17, 2019 Isracann (IPOT.C) announced that it has entered into an Memorandum of Understanding (MOU) for a joint venture (JV) with an additional cannabis farm property in Israel.

Isracann is already constructing a 230,000 square-foot facility in southern Israel. It’s received facility design and land use approvals from the Israeli government and is anticipating final permits to break ground.

Phase l will include two 57,500 square-foot hybrid greenhouses and a packing facility with a 6,500 square-foot post-harvesting area.  First harvest on this facility is targeted for June, 2020. 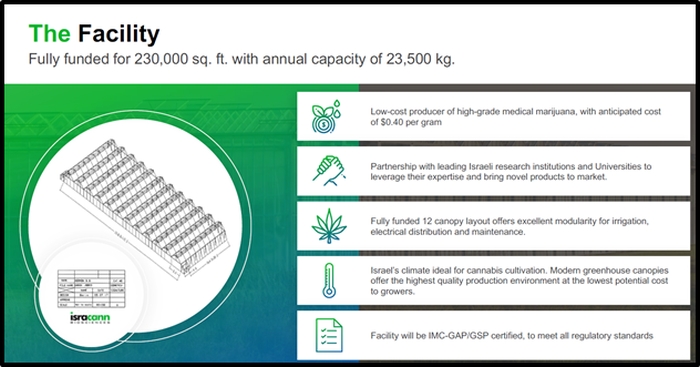 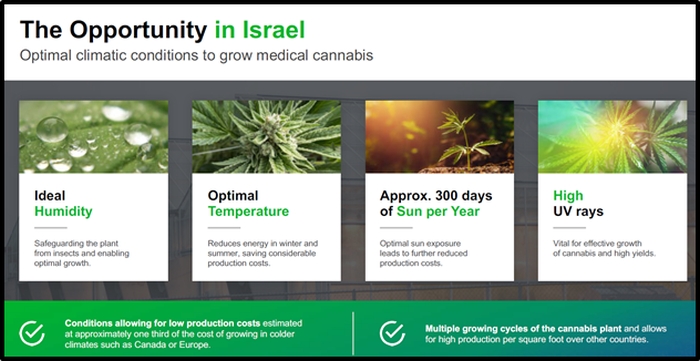 A large portion of the population is made up of the descendants of Sephardi and Mizrahi Jews. Many more recent Russian immigrants have a passion for chess.  The city now has the most chess grandmasters per capita in the world.  Be’er Sheva has become a hub for Israel’s high-tech industry.

Under the JV, Isracann will pay for the remaining construction of cannabis grow facility “in return for an economic interest.”

Terms of the JV will be released upon signing of a definitive agreement, which is subject to continued due diligence of the Be’er Sheva Farm by Isracann.

Assuming this deal is consummated, the full build-out of the Be’er Sheva Farm will approximately double Isracann’s current production capacity from the existing Nir Israel farm.

“The economics of the opportunity impressed us enough to move quickly to lock in a partnership,” stated Isracann CEO Darryl Jones, “The facility is poised to greatly expand our existing footprint and advances our timeline to production by several months.”

“This farm offers the ability to shorten our time-to-market,” stated Matt Chatterton, Isracann VP of Operations, “Our efforts at our Nir Israel farm have already provided us with regional business relationships, experienced advisors, and extensive preparations that we can readily extend and implement across both locations.”

The JV anticipates that Isracann will inherit an experienced cultivation manager with the Be’er Sheva Farm who has local expertise in “cost effective large-scale agricultural operations.”

“The opportunity to achieve production sooner than anticipated is a very attractive part of this strategic acquisition,” added Jones, “and directly reflects our commitment to our partners, stakeholders and shareholders alike as we grow our presence as cannabis industry leaders in Israel.”