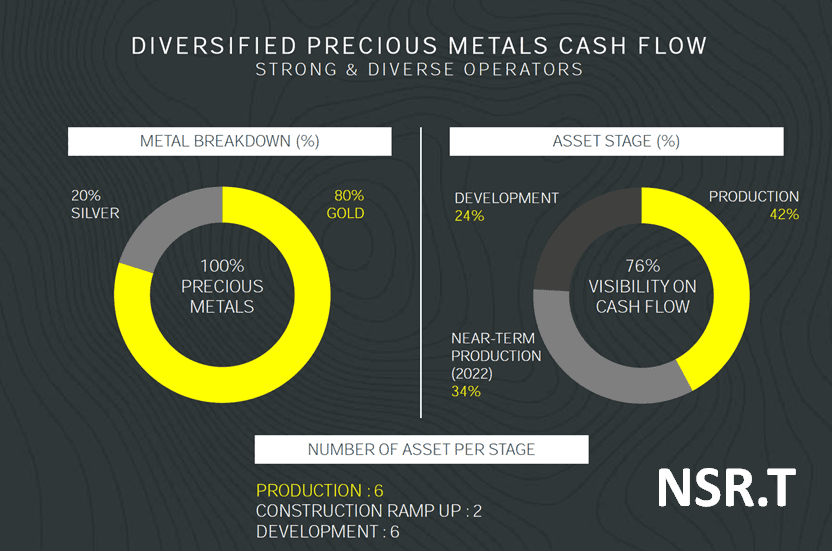 Royalty companies give cash to miners in exchange for a share of the mine’s future production.

It’s like lending someone $10,000 to build a bakery – with the baker agreeing to give you 1% of sales.   A “streaming company” is similar but they take 1% of the bread produced, instead of the cash.

Royalty & Streaming companies don’t commission airborne surveys or invest in mining equipment. Yes, it is a leveraged precious metal bet. But a royalty company is considered lower-risk that explorers or miners.

That point was underlined last summer when NSR announced that it has entered into an agreement with three banks (Scotia, CIBC and RBC) for a USD $50 million revolving credit facility with the option to increase to USD $75 million. 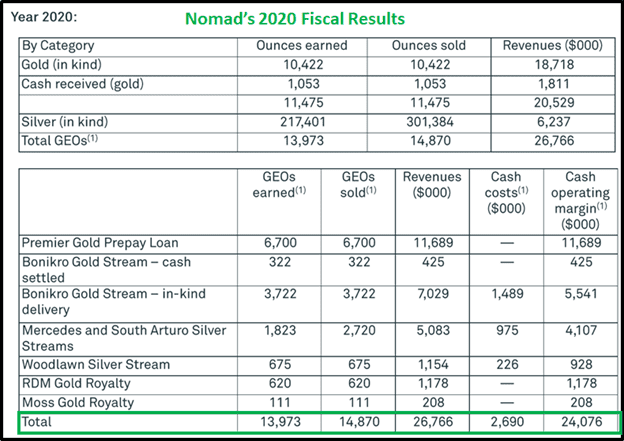 On Thursday, spot gold is hovering at $1,774.85 per ounce – an 11-week low – as investors look to a global economic recovery and raised U.S. Treasury yields which make gold less desirable. 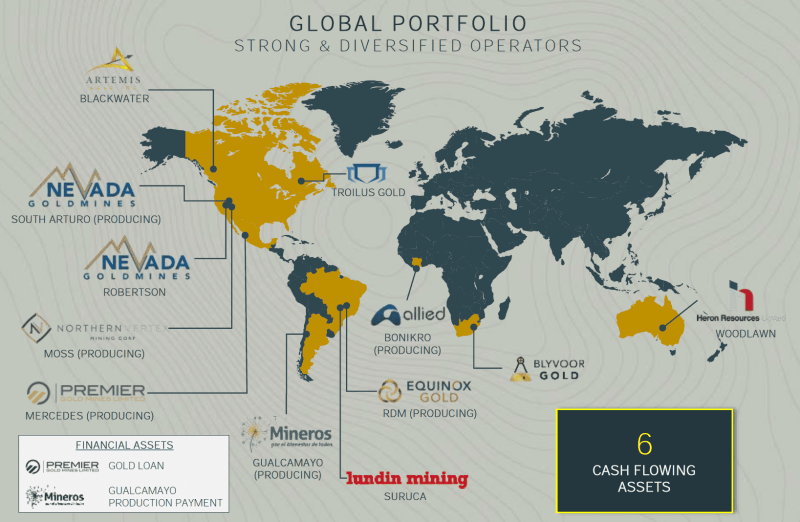 Metcalfe on 2020: “Nomad was successful in launching and establishing a strong platform, while executing on the business plan of becoming a significant player in the sector.”

Metcalf on 2021: “Nomad expects organic portfolio growth which will allow it to continue to generate strong free cash flow while reinvesting in new opportunities that will support further growth and returns to shareholders.”

“We own contracts on mines, where we get to receive a percentage of the mine’s metal production, typically gold and silver, for the duration of the mine,” explained de la Plante, “What that allows us to do is have a tremendous amount of cash flow and a revenue within a very small platform.”

“At Nomad we’re actually only six employees. But we were able to generate $30 million in revenues last year because of this business model,” added de la Plante.

“There is a general trend towards more debt for governments and more printing of paper money,” explained de la Plante, “All of the factors that we’ve been tracking over the last 10 years keep piling up and adding up…this lays the perfect groundwork for a prolonged run in the commodity price.” 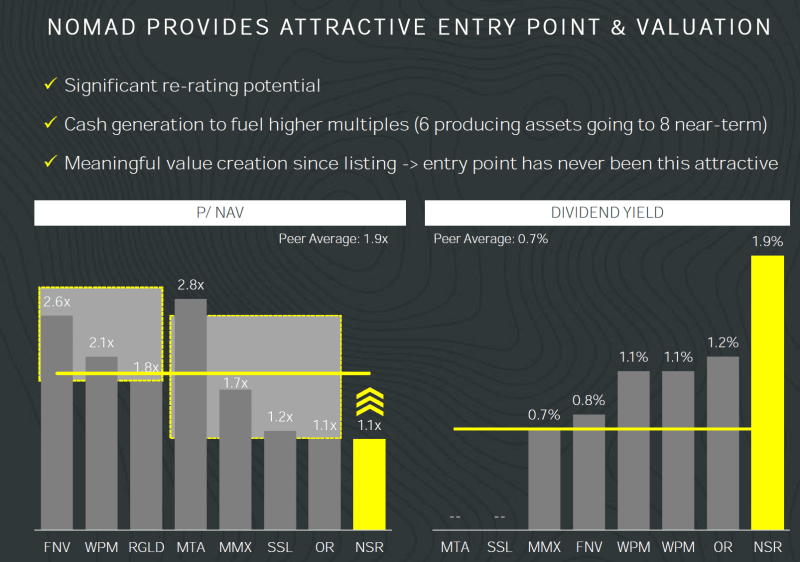 Completed the acquisition of Coral Gold, owner of a sliding-scale 1% to 2.25% NSR royalty on Nevada Gold Mines’ Robertson property located in Nevada, U.S.A., for cash consideration of $1.9 million and the issuance of 39,994,252 units of Nomad.

Completed the acquisition of a 0.21% NSR royalty on the Blackwater Gold Project located in British Columbia, Canada for total $1.8 million cash consideration and the issuance of 1,583,710 common shares of the Company.

Completed a secondary offering by Yamana Gold of 22,750,000 common shares of Nomad.

Joined the United Nations Global Compact committed to voluntarily aligning its operations and strategy with the ten universally accepted principles in the areas of human rights, labour, environment and anti-corruption.

“Nomad had a strong fourth quarter with revenue of $6.8-million as the portfolio continued to demonstrate its strength and reliability,” stated Vincent Metcalfe, CEO of Nomad Royalty.

Sandstorm Gold acquires Nomad Royalty. Is this the best way to invest in precious metals?