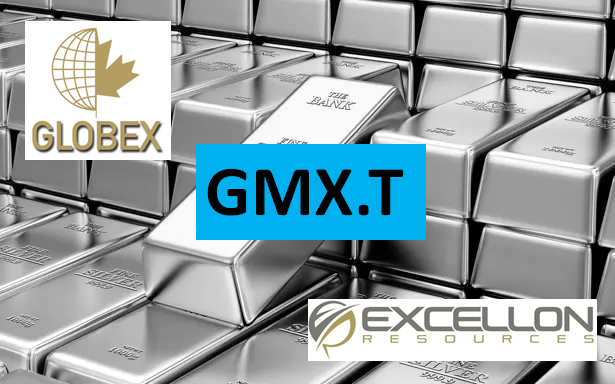 There’s an ocean of material to wade through, and likely no consensus at the end of the process.

“With a total of 192 properties in the Globex project pipeline, 96 of which are prospective for precious metals, 60 for base and polymetallic metals, 36 for specialty metal metals (lithium, manganese, scandium, etc), there’s a lot of potential to incubate here,” wrote Nolan on April 1, 2021.

On September 24, 2019 Globex sold a 100% option on the Silver City Project (the Bräunsdorf exploration license), a 164 km2 silver district in Saxony, Germany to Excellon Resources (EXN.T).

To exercise the Option and earn a 100% interest in the Silver City Project, Excellon must:

Upon completion of the payments and issuances set out above, Globex will be granted a gross metals royalty on the exploration or production license on the Silver City Project of 3.0% for precious metals and 2.5% for other metals, which may be reduced to 2% and 1.5%, respectively, upon a payment of US$1,500,000.

The way the option is structured, Globex has a stake in the fortunes of this German silver project.

On June 8, 2021 Excellon announced permitting approval for the Drill Operation Plan at the Silver City Project:

Highlights from the 2020 drilling program include:

Mineralisation has now been encountered over 24 kilometres of strike. The table below summarizes targets and associated mineralization on areas tested in 2020. 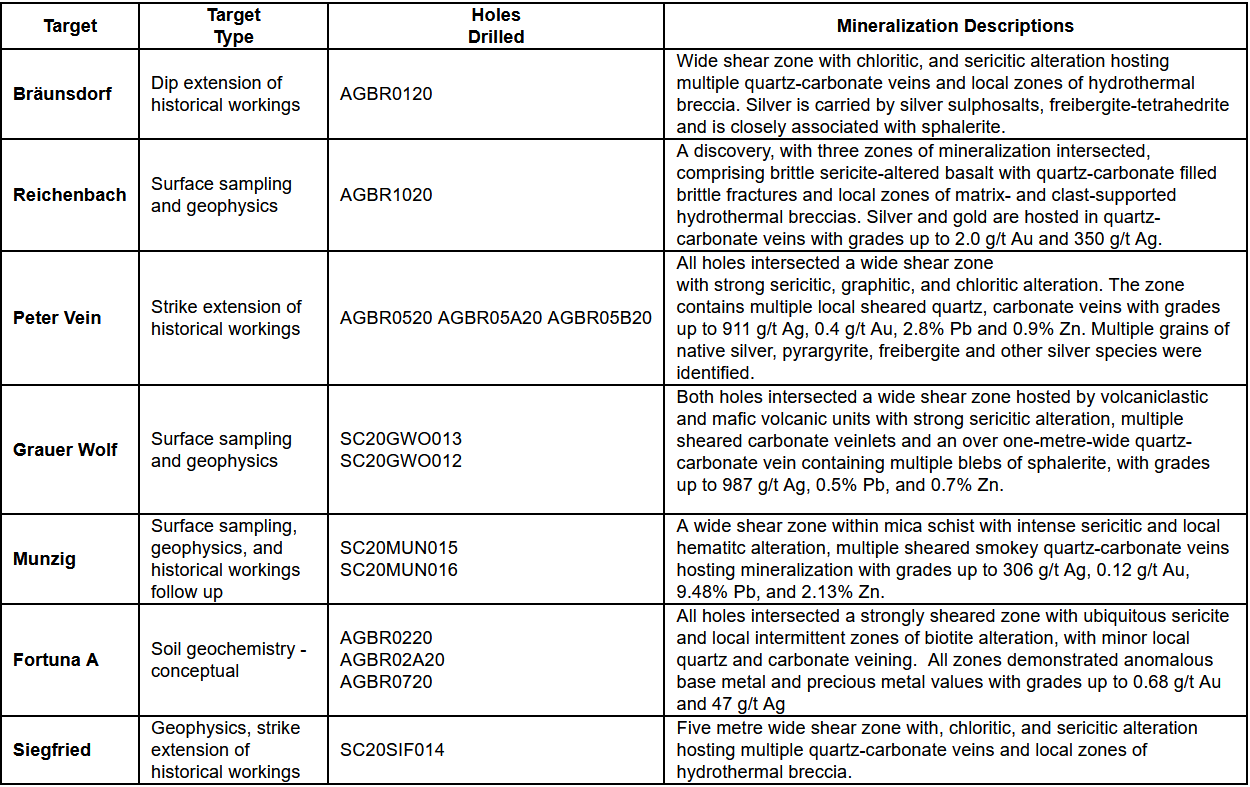 The 2020 program totaled 3,700 metres of drilling and intersected significant alteration and or mineralization in seven of nine targets.

In addition to the drilling planned for 2021, fieldwork including mapping, prospecting and geophysical surveys are scheduled to be completed on the Bräunsdorf license and the newly acquired  Oederan, Mohon and Frauenstein licenses.

These programs are intended to expand and define new drill targets into 2022. 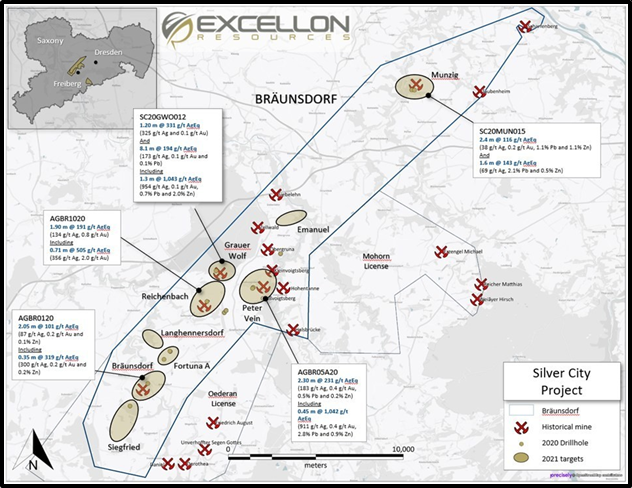 The Silver City Project was mined for high-grade silver from the 11th until the late 19th century, when Germany left the silver standard in 1873 and the gold:silver ratio collapsed.

Records from the project indicate high-grade silver production over substantial widths throughout the district.

“Excellon is currently drilling target areas, both for proof of concept and to test for mineralization,” reported Equity Guru in October 2020, “The program consists of 15 drill holes with a 12 hole follow up should results show anticipated intersections of veining and mineralization”.

“When I first chatted with Jack Stoch, Globex Mining’s president and CEO, I must confess to being somewhat overwhelmed by the sheer number of properties in his project pipeline,” stated Equity Guru’s Greg Nolan on April 1, 2021.

“Talk is cheap in this Wild West of a sector. A company can boast any number of attributes—fundamentals that may ultimately forge shareholder value—but in my way of thinking, the proof is in the share structure.

Since CEO Stoch took over the company in 1983, he has kept the dilutive financings to an absolute minimum and has never rolled back the stock. If you’re unfamiliar with Globex, you might ask, “So what… how many billions are outstanding?” Get this: there are currently 54,999,817 outstanding and 57,829,817 fully diluted (management owns 11.03%).” – End on Nolan 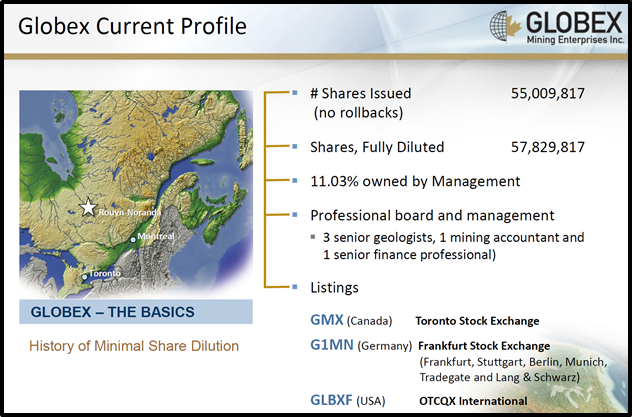 “Our 2020 drilling program confirmed the presence of a major epithermal system, encountered high-grade silver species and delivered high-grade assays, including new discoveries at Grauer Wolf and Reichenbach,” stated Excellon SVP Geology & Corporate Development Ben Pullinger on June 8, 2021, “We achieved these milestones with only 16 holes over 24 kilometres of strike. This year’s program will build on the modelling and integration of those results to expand on our 2020 discoveries and make new ones in 2021.”

If Excellon can put the asset into production, a long-term financial benefit will flow from the 3% precious metals royalty.