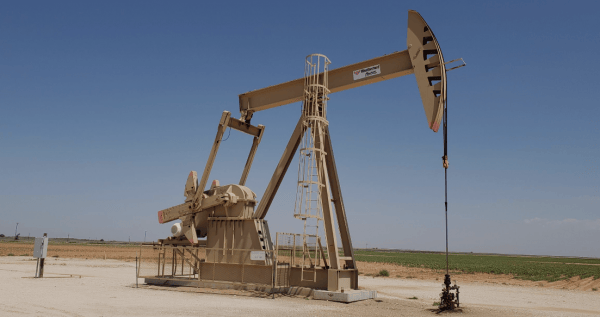 Flexibility. The ability to reassess and roll with the punches. The capacity to adapt, to react, to adjust your capital and operating expenditures as the cycle changes. Keeping a lid on debt during periods of uncertainty… these are must-have traits for survival in the volatile oil industry. Financial ruin awaits those less prepared.

Though significant corrections occur every decade or so in oil, over the past three years the industry witnessed one of the worst corrections on record. In February of 2016, the price of oil dipped into the low thirty’s. 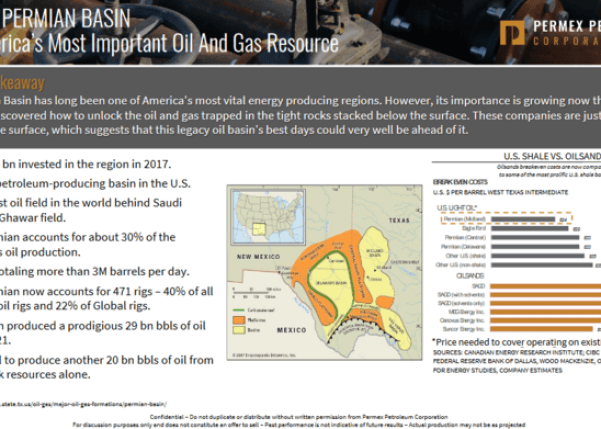 Permex Petroleum (OIL.CN) is a company run by one helluva smart team of experienced operators who shrewdly took advantage of a soft market and assembled an extensive portfolio of producing, or near producing assets.

This move to aggressively acquire assets on the cheap could prove very timely. Currently, with a plethora of supportive supply/demand fundamentals underpinning the price of oil, the upside pressure could continue. Oil could push significantly higher in the weeks and months to come as additional supply crunches develop.

A closer look into the origin, background and assets behind Permex can be found in the following Equity Guru articles by your truly…

The entire US holds roughly 28 billion barrels of oil in reserves. This gives the Permian Basin the distinction of holding 35% of the country’s known reserves.

As of last year, New Mexico was the third largest oil-producing state in the US. Momentum appears to be building.

In the Delaware Sub-Basin of the state, company’s like Devon Energy and Occidental Petroleum have wells that are producing in excess of 12,000 barrels of oil per day (B/D). These wells are monsters. Again, Permex’s position in the region is enviable.

Note, these reserves are a moving target as Permex is always in the hunt for new acquisitions.

The company reserves, as illustrated above, breakdown to roughly 85% light sweet oil and 15% natural gas

The Bullard property is located in Stonewall County, Texas. It’s positioned on the Eastern Shelf of the Midland Basin. The primary producing formation at this 241-acre lease is the Wolfcampian Upper Tannehill Sand. The company has made a number of recent acquisitions in the area. 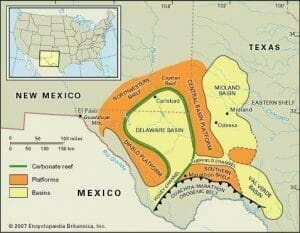 The West Henshaw property is located in Eddy County, Southeastern New Mexico. This 1,880-acre lease is positioned in the Delaware Basin and holds multiple productive, or potentially productive, horizons including the Grayburg, Bone Springs, and the very prospective Wolfcamp.

Both of the recompletions were successful and came online at an initial rate of 10 barrels of oil per day (“bopd”) each and now have stabilized at 5 barrels of oil per day (“bopd”). Management believes the production rates from these mature, long-life wells to continue with less than 5% decline year on year (“YOY”). The remaining 35 shut-in wells that the company plans to re-enter have potential to yield an additional 175 Net barrels in added daily production increasing the company’s total daily production to 385 Gross barrels of oil equivalent per day (“boepd”), solely by re-entering shut-in wells. On the Bullard property, Permex also reactivated associated facilities as planned, increasing and importantly, re-commissioning important infrastructure which will be critical once a Waterflood EOR is started on this property.

In July, the company began a waterflood (eor) on its Pittcock property located in Stonewall County. For those unfamiliar with this enhanced oil recovery technique, the diagram below spells is out quite neatly… 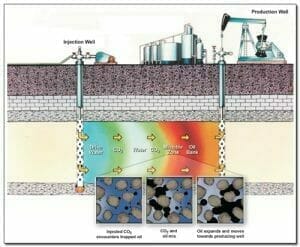 The initial signs of success were realized through the pressurization of the reservoir, followed by an increased communication between the injectors and receiving wells. The waterflood has begun increasing the fields production by a rate of 20%. Management expects to continue increasing the production through added injection while targeting to reach 200 barrels of oil per day (“bopd”) from the field.

As part of its ‘Phase One’ plan in achieving sustainable growth, the company will continue to work on activating its next waterflood while moving onto its next shut-in wells.

Significantly, as part of its ‘Phase Two’ plan to scale growth, Permex has begun the permitting of vertical drilling locations. The company is also reviewing San Andres horizontal drilling candidates.

Commenting on these developments, Mehran Ehsan, President and CEO of Permex stated:

The results obtained through the initial two well test program are in line with our strategy to add sustainable marginal production through low risk, low-cost recompletions. Our plan has always been to take a methodical approach to our operations. As such bringing online the 35 additional shut-in wells even at the low production rate per well, is a strong position to take when combined with waterfloods, vertical drilling and horizontal programs. At oil prices $55/WTI, these two re-entered wells have a payout of less than 6 months, making them quite economic. We will continue to execute on our reactivation, drilling and EOR programs; we feel these will lead to the creation of significant value through increased reserves, production and of course cash flow. We are setting realistic operational goals and are meeting our targets.

The evolution of a small cap oil producer with huge capacity…

On June 5th of this year, Permex announced news of a strategic acquisition and an alignment with a world-class large cap operator – Occidental Petroleum. 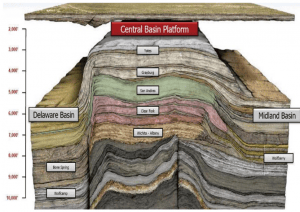 The property is just under two contiguous sections for a total of 1,220 gross acres, all held by production (“HBP”) with all rights and no depth restrictions in the Central Basin Platform of the Permian Basin. There is a total of 52 vertical wells of which 26 are producers, 21 are injection wells, 4 are shut-in wells, and one is temporarily abandoned.

The company is already producing here with gross daily production of 158 barrels of oil and 13 thousand cubic feet of gas per day from the San Andres and Devonian formations.

The opportunity to scale growth, exponentially…

In recent communications with Permex, Equity Guru has learned that management is considering a 5 well Horizontal leg conversion program with a 1 mile lateral 12 -20 stage frac. Such a move, if initiated, would expedite its ‘Scale Program’ well ahead of schedule. We’re talking considerable growth potential here.

Over the past 12 months, 295 horizontal San Andres wells have been permitted by offset operators (companies in the vicinity). Many horizontal wells drilled along the San Andres Formation have generated phenomenal results.

One strategy the company is considering is using existing wells – going into their existing vertical wellbores and converting a horizontal leg on them. This is strategic planning. It would eliminate a substantial portion of the cost (vertical drilling, casing, etc). The fact that these wellbores are already producing within the pay zone enhances the prospective nature of these proposed horizontal legs.

Based on production within the same formation by offset operators, management is running its figures at a conservative 400 barrels of oil per day, per well.

The company continues to seek acquisitions in the area in order to expand the program beyond the 5 proposed wells.

This horizontal drilling plan is still in the planning stage. Discussions need to take place between Permex and Occidental Petroleum as the expense will run in the millions of dollars. But the fact that Permex is considering this 5 hole program – now – underscores the considerable capacity of this field within the prolific San Andres formation.

Permex has a serious and dedicated team at its helm… experienced operators in every facit of the oil business: exploration, production, geology, engineering, field development, legal, accounting, finance… mergers and acquisitions. This crew has it all covered.

In this authors opinion, there’s a serious disconnect between what Permex is capable of delivering and what the market is currently giving it credit for. I suspect this misalignment will correct itself as the company continues along the path of scaling growth.

FULL DISCLOSURE: Permex is an Equity Guru client. We own the stock.