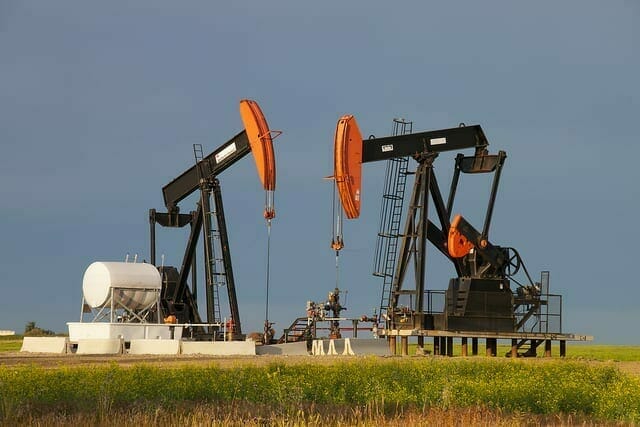 It’s been tough sledding in recent years for a number of Oil and Gas operators. Many are sagging under crushing debt loads. One company’s distress can be another company’s opportunity…

Permex Petroleum Corp (OIL.CN) is one such opportunity seeking company. It’s new to the public markets having only just IPO’d a few weeks ago.

Having operated as a private company in the past, they felt the time was right. Canaccord Genuity, one of the larger investment banks in Canada, helped lead the charge into the public arena.

Over $10 million was invested into Permex prior to the IPO. The IPO itself stoked the company coffers to the tune of some $4 million.

Areas of Assets and Operations:

The company is focused on the US for a number of reasons. Chief among them, lower tax rates than in Canada, and greater freedom to grow their operations via state and federal support and incentives.

The company’s primary area of focus – their operations and assets – are spread out across the Permian Basin of West Texas and the Delaware Basin of Southeast New Mexico.

As mentioned above, Permex is taking advantage of very favorable market conditions. Assets can sometimes be acquired from debt besieged operators at a tidy discount..

Approximately 25% of Permex’s IPO cash will seek out new assets.

The remainder of the funds will be applied toward the following: 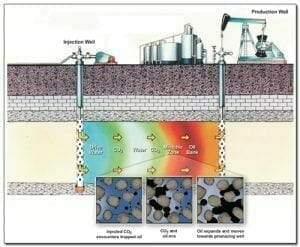 image courtesy of Department of Energy

Basically, the company is employing a low risk approach to achieving production and growth milestones: acquiring producing assets on the cheap, spending modest sums of capital to restimulate or enhance production.

Permex also plans horizontal drilling in an effort to achieve scale. The company may seek partnerships in these areas in order to minimize risk, to reduce the need for debt, or equity dilution (authors guess). 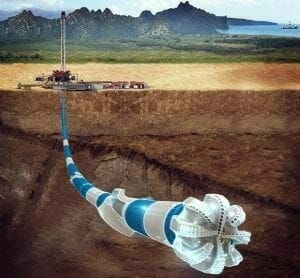 The company has a total of 167 PUD (proved undeveloped reserves) locations to drill. They won’t get to them all this year. The plan is to drill between ten and twenty-five in the short-term, and perhaps in a years time, restoke the company coffers – via a secondary offering – and then drill out the remainder.

The company’s business model appears to strike a very decent balance between risk and reward.

The company reserves, as illustrated above, breakdown to roughly 85% light sweet oil and 15% natural gas. 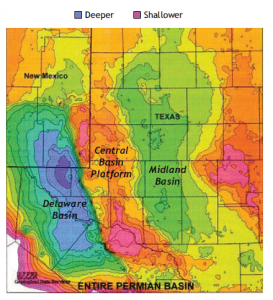 Located in Eddy County, Southeastern New Mexico, the 1,880 acre lease is positioned in the Delaware basin.

(note: a ‘productive horizon’ is a well-defined layer, or series of layers, of rocks that produce oil and gas in sufficient, exploitable quantities).

Permex plans to restore production from the current producing wells, while stimulating the wells with acid treatments. Permex also plans to study the Bone Springs and lower Wolfcamp potential on the West Henshaw Unit in addition to the plans to drill additional Premier sand wells.

Permex holds a 100% Working Interest in the lease, and a 72% Net Revenue Interest.

Located in Eddy County, New Mexico, this 680-acre lease in the Delaware Basin is producing from a fifty to sixty foot thick payzone.

There are currently eight producing wells and two shut-in wells on the lease producing a modest 6 BO (barrels of oil) per day, and 15 MCF (thousand cubic feet of natural gas) per day.

Permex plans to optimize production from the lease through acid treatments, clean -out of the wellbores and downhole pump replacements. In addition, Permex will be evaluating the results of 10 acre downspacing in the Yates formation on the lands one mile to the east in order to start a drill program on the field within the Yates sands.

Permex holds a 100% Working Interest in the lease, and a 77% Net Revenue Interest

The deal will see Blackspear drill a number of wells, footing the entire cost, in order to gain its interest. The deal allows Permex to develop the field without taking on debt, or accessing the equity markets via a dilutive financing.

Making it happen without diluting their shareholder base. Nothing wrong with that.

The entire cost (100%) associated with the drilling and completing the operations under the Agreement are borne solely by Blackspear. Upon the Farmee earning any income from the sale of any oil, natural gas, or other hydrocarbons, the Farmor shall retain a twenty-five percent (25%) working interest before payout in the assigned leases applicable to that particular well which has received revenues from oil, gas and other hydrocarbons until such time as the Farmee has recovered its costs (after payout) at which time the Farmor shall retain a fifty percent (50%) working interest in the well.

The producing horizon is called Tannehill where there are two productive zones: the Upper and Lower Tannehill Sand.

Permex initiated a waterflood EOR as of February 2016. The waterflood was designed to move water across the lease west to east towards a shale pinch-out in the Northeast part of the lease. The plans are to increase the daily water injection to a total of 1000 BW, reenter four shut-in wells and drill eight new wells that have been identified by the company geologists for infill drilling.

Located on the Eastern Shelf of the Midland Basin along with the North property, the predominant producing formations are the Wolfcampian Upper and Lower Tannehill Sands. Pittcock South sports six producing wells, thirteen shut-in wells, and two saltwater disposal wells.

Permex has completed a detailed reservoir study of the lands and has concluded that areas within the reservoir are under performing and have the potential to be optimized through modification of the water injection scheme. Permex also plans to re-enter eleven wells and drill twelve new wells. All wells will be completed in the Upper and Lower Tannehill.

Mary Bullard, located in Stonewall County, Texas, is also positioned on the Eastern Shelf of the Midland Basin. The primary producing formation at this 241-acre lease is the Wolfcampian Upper Tannehill Sand.

Permex has made a number of recent acquisitions in this area.

Permex plans to return the shut-in wells to production and drill three new wells before initiating a waterflood project on the lease.

Permex holds a 100% Working Interest in the lease, and a 78% Net Revenue Interest

This is a property Permex plans to drill. These leases, forming a combined acreage of 1,510 acres, are located along the boundary between Jack and Young Counties, Texas. This is the Fort Worth Basin on the east flank of the Bend Arch.

The majority of the Mcmurtry & Loving Property has not been tested by drilling.

Permex believes the lease has excellent secondary recovery potential and would benefit from a water injection scheme. Permex plans to exploit the large acreage position by in-fill drilling. All of the shut-in wells will be returned to production, perforate and open the Caddo formation in anticipation of the initiation of a full scale water flood EOR on the acreage. The Caddo formation in this area is a good water flood zone.

Permex holds 100% Working Interst in the lease and 75% NRI

Permex plans to develop the Strawn sands that are up-hole across the entire lease. Initially three shut-in wells will be recompleted to the Strawn, five new wells will be drilled, and one well converted to an injection well. A waterflood EOR is planned for the Strawn.

Permex holds a 100% Working Interest in the lease, and a 70.4% Net Revenue Interest.

I wonder if Permex has enough on its plate?

Apparently not. The company just announced another acquisition:

The ‘World Class Large Cap’ partner is Occidental Petroleum Corporation (OXY.NYSE), a company with a market-cap of approximately $65.19 Billion.

The property is just under two contiguous sections for a total of 1,220 gross acres, all held by production (“HBP”) with all rights and no depth restrictions in the Central Basin Platform of the Permian Basin. There is a total of 52 vertical wells of which 26 are producers, 21 are injection wells, 4 are shut in wells, and one is temporarily abandoned.

As you can plainly see, the company is busy. Busy creating value. 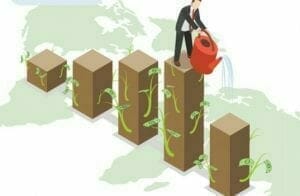 As the company continues on the growth path of restimulation (46 wells), bringing shut-in wells back online (33 shut-ins), and waterflooding five of its seven oilfiends, production revenues should increase, perhaps dramatically so.

This should be an interesting year for Permex, and its shareholders.

Full disclosure: the author does not own shares in OIL.CN