Damn, it seems like just yesterday the industry was grappling with sub-forty crude…

Obviously, there’s a flip side to this coin. A price spike of the magnitude Sheffield suggests could choke off demand. It could prompt people to peddle to and fro rather than burn fuel in their favorite rides.

The oil market does appear buoyant though. A collapse in price from current levels seems unlikely unless OPEC were to crank open the spigots too fast.

Renaissance Oil Corp (ROE.V) is a company that burst onto the Mexico O&G scene when the country finally opened up its formidable oil reserves to foreign companies.

The company’s flagship asset, the Amatitlán project – a massive 60,000-hectare block of ground located on what’s widely considered the ‘sweet spot’ of the Tampica Misantla Super Basin – is a partnership with LUKOIL, the Russian oil giant. Amatitlán was THE first shale oil play to be pursued and acquired by a foreign company in Mexico.

The potential here is substantial in our opinion. Equity Guru’s Chris Parry chimed in on ROE’s prospects back in early May. 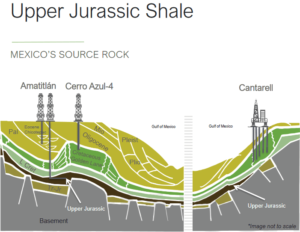 According to the company, the first quarter of 2018 was their most active period thus far.

A total of ten Chicontepec wells have been drilled to date. The drilling of numero eleven is currently underway.

Six of the new wells have undergone completion operations and were placed into production. A further four completions are expected to conclude over the next few weeks.

Greater efficiencies have been realized by ROE’s operations team via the incorporation of innovative drilling and completion techniques. These innovations have succeeded in reducing costs, not to mention the time required to bring new wells online.

The company has also completed workovers and repair operations on all of the six wells on this scheduled workover program.

During Q1 2018, in the state of Chiapas, Renaissance successfully negotiated land use agreements with local landowners at the Mundo Nuevo, Topén and Malva blocks (the “Chiapas Blocks”). The new agreements provide ongoing surface access for Renaissance to further its work programs under the approved initial development plans in exchange for monthly consideration. Production was temporarily suspended at the Malva and Topén blocks during the discussions with the landowners, resulting in a reduced production schedule. During Q1, 2018, the Company produced 1,249 boe/d in the Chiapas Blocks. Production levels have now been restored to an average level of 1,663 boe/d for April 2018, consistent with Q4 2017.

The Company expects to receive the final approvals for the required permitting in the near term allowing for the drilling of new wells and workovers for the Chiapas Blocks in 2018. This lower risk drilling program of three new wells and a series of workovers to existing wells, holds the potential to substantially increase the Company’s production base in Mexico.

Once again, the potential here is rather considerable (my opinion and estimate). 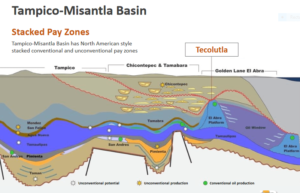 IFR has been covered fairly extensively in recent months by the scribes here at Equity Guru. Lukas Kane delivered a nicely detailed piece here, and yours truly gave the company’s prospects a thorough once-over here.

On May 16th, the company announced the commencement of production at Tecolutla with the successful workover of the previously drilled TEC-2 well.

Highlights of this company milestone include:

Commenting on the news, Steve Hanson, President and CEO of International Frontier Resources and Director of Tonalli Energia stated…

Rates from the TEC-2 well exceeded our expectations based on the age of the well and historical production records provided by the previous operator. The results of the test have indicated that the El Abra reservoir in the Tecolutla Field is capable of delivering high volumes of fluid.

Then, on June 20th, the joint venture provided an update on completion operations – the commencement of production testing on the Tec-10 well at Tecolutla.

Service equipment is currently being mobilized to the area after successfully receiving a perforation permit for the well.

Three prospective zones will be tested as part of this completion program.

Completion operations, which will take approximately three weeks, will provide valuable information about reservoir parameters and well deliverability. This data will, in turn, be used to formulate a long-term development plan for the Tecolutla block.

Before we leave Mexico…

There’s been some rather anxious talk about the country in recent months. An election is looming and there’s fear… fear that frontrunner, Andres Manuel Lopez Obrador, will continue with his usual style of initiating hard left policies, potentially choking off foreign direct investment in the process.

Those fears may be way overblown as AMLO’s recent push to power is on the back of policies that are more center oriented than the hard lean leftward some might be led to believe.

East West Petroleum’s (EW.V) main play is the Pannonian Basin of Romania. The USGS (US Geological Survey) suggests that anywhere between 153 and 631 million barrels of oil (MMBO) and 1.7 and 7.4 trillion cubic feet of gas (TCFG) remain undiscovered within the Pannonian Basin Province. Obviously the potential here is substantial. 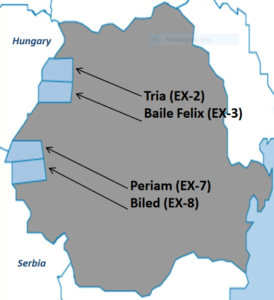 East West’s partner on the project is Naftna Industrija Srbije – NIS for short – a Serbian multinational oil and gas company with headquarters in Novi Sad, Serbia.

Significantly, NIS’s involvement gives East West a 15% carried interest all the way through to production. It’s significant because NIS has spent well over $16 million Euros ( $18.5M USD) over the years on phase one of the project. Moving into phase II will require expenditures of some $60M Euros or nearly $70M USD.

News out of the company’s joint venture with NIS is always a highly anticipated event.

On May 22nd, the company reported an operational update for their blocks in Romania. At the top of the release the company states “all activities are dependent on securing the necessary government and local approvals”. Fair enough.

The company does not promote this project, or its production and development projects in New Zealand with joint venture partner Tag Oil (TAO.TSX). The President and CEO, David Sidoo, did have this to say, however, regarding this recent update…

We are pleased with the progress that NIS has made with progressing seismic acquisition and preparing for an active drilling program later in the year. Of note is the planned appraisal drilling on the Teremia-1000 discovery which is designed to evaluate the size and commercial potential of the accumulation. We look forward to providing further updates as operations progress.

For more insight into East West and the potential behind their Romanian monster-basin oil and gas play, we gathered as much info as we could find here… and here.

Permex Petroleum Corp (OIL.CN) is a new client here at Equity Guru. And it’s a most welcome client at that. I had the pleasure of writing them up recently and came away plenty impressed.

The company’s areas of operations are in the Permian Basin of West Texas and the Delaware Basin of Southeast New Mexico.

Having shrewdly taken advantage of a soft market, a market populated with a number of debt-encumbered operators, Permex has assembled an extensive portfolio of producing, or near producing assets.

The company is employing a low-risk approach to achieving production and growth milestones: acquiring producing assets on the cheap, spending modest sums of capital to restimulate or enhance production.

The company is also forming alliances and partnerships with other companies to assist with some of the heavier lifting – a strategy which has been employed here and here.

Aside from combing the landscape for future acquisition opportunities, the company is busy restimulating forty-six oil and gas wells, bringing thirty-three shut-in wells back online, and waterflooding five out of the company’s seven oilfields in order to stimulate production.

The company has signed a Non-binding Letter of Intent (“LOI”) to acquire a 100% working interest, including an 83.91% net revenue interest, in an 840 acre property which is held by production (“HBP”) in the Delaware Basin of New Mexico.

There are a total of 7 vertical wells, of which 2 are producing 5 barrels of oil per day and holding the acreage, as well as 5 shut in wells which provide the opportunity for Permex to re-enter and put on production for added production. The area’s geology consists of numerous formations including but not limited to the Wolfcamp, San Andres, Grayburg, Queen, Seven Rivers, and Yates formations.

We are very pleased to move forward with our expansion plans in the Delaware Basin of New Mexico, where there has recently been tremendous production among a diverse mix of formations for both oil and gas. This is yet another strategic acquisition as it is a direct offset property of our own West Henshaw Premier Unit, which puts our ownership over 3 sections in the area. We look forward to consummating our acquisition and in the short term bringing online the shut-in wells while drilling new wells in the long term on the lease.

This acquisition represents a 33% HBP increase to Permex’s New Mexico land portfolio. The purchase price was a mere USD$100,000 which Permex will satisfy through the issuance of common stock.

Another producing asset bought on the cheap without blowing out the company’s super-tight cap-structure. Gotta like it.

Each one of the companies updated above represents compelling value at current prices (in this authors opinion). The pace of news highlighting asset development will vary from company to company – country politics may play a role in that newsflow.

With the exception of perhaps East West Petroleum (a company carried by a much larger controlling partner), I would expect a fair degree of activity and communication out of the above entities.

In the weeks and months to come, we could see ‘a really big shew’ outta this group (ED Sullivan voice).

Full disclosure: Renaissance Oil Corp, International Frontier Resources Corp and Permex Petroleum Corp are Equity Guru clients. East West Petroleum is not an Equity Guru client. The author does not hold shares in any of the above companies, though purchases may be made in the near future. 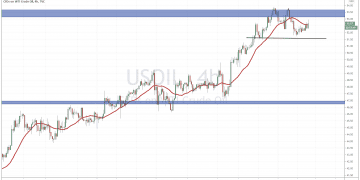