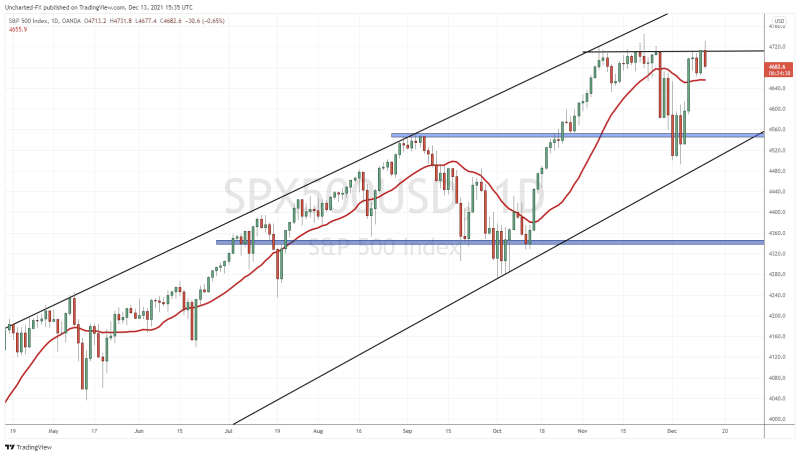 A huge week for US Stock Markets before we end 2021. I say US Markets, but Stock Markets worldwide are moving together right now. Downwards and in the red. What the Fed and the US does, reverberates around the world and affects the flow of money into and out of the US. But let’s take a look at the economic docket for this week:

What a week. A flurry of data before traders and the rest of the world begin to hang up the boots and relax through the Christmas holidays. I bolded the Fed rate decision, but in total, we have FIVE central bank interest rate decisions this week. The Fed will be the biggy, but I think it is worth watching the others too given that the markets think central banks begin to tighten up their policy.

I don’t expect much change from Japan or Switzerland…although with the recent move on EURCHF, the Swiss might need to act or at least say something to try to stop the Swiss Franc strength right now. Being a nation that primarily exports, a weaker Franc is preferred.

The Bank of England upset a few at the last meeting because they did not raise rates by 15 basis points. Currently, rates sit at 0.10%. A 15 basis point hike would have brought the UK up to Canadian and American levels of 0.25%. A hike of 15 basis points isn’t much, and analysts expected it to be a done deal just so the Bank of England is ready for further tightening and taper going forward. Media was reporting that the public (mainly market participants) were losing confidence in the Bank of England’s ability to control inflation. A big week for them.

Finally the European Central Bank (ECB). Their rate decision comes after the Fed, so expect a lot of volatility on the EURUSD. Which sort of sucks, because I like the basing pattern right now. 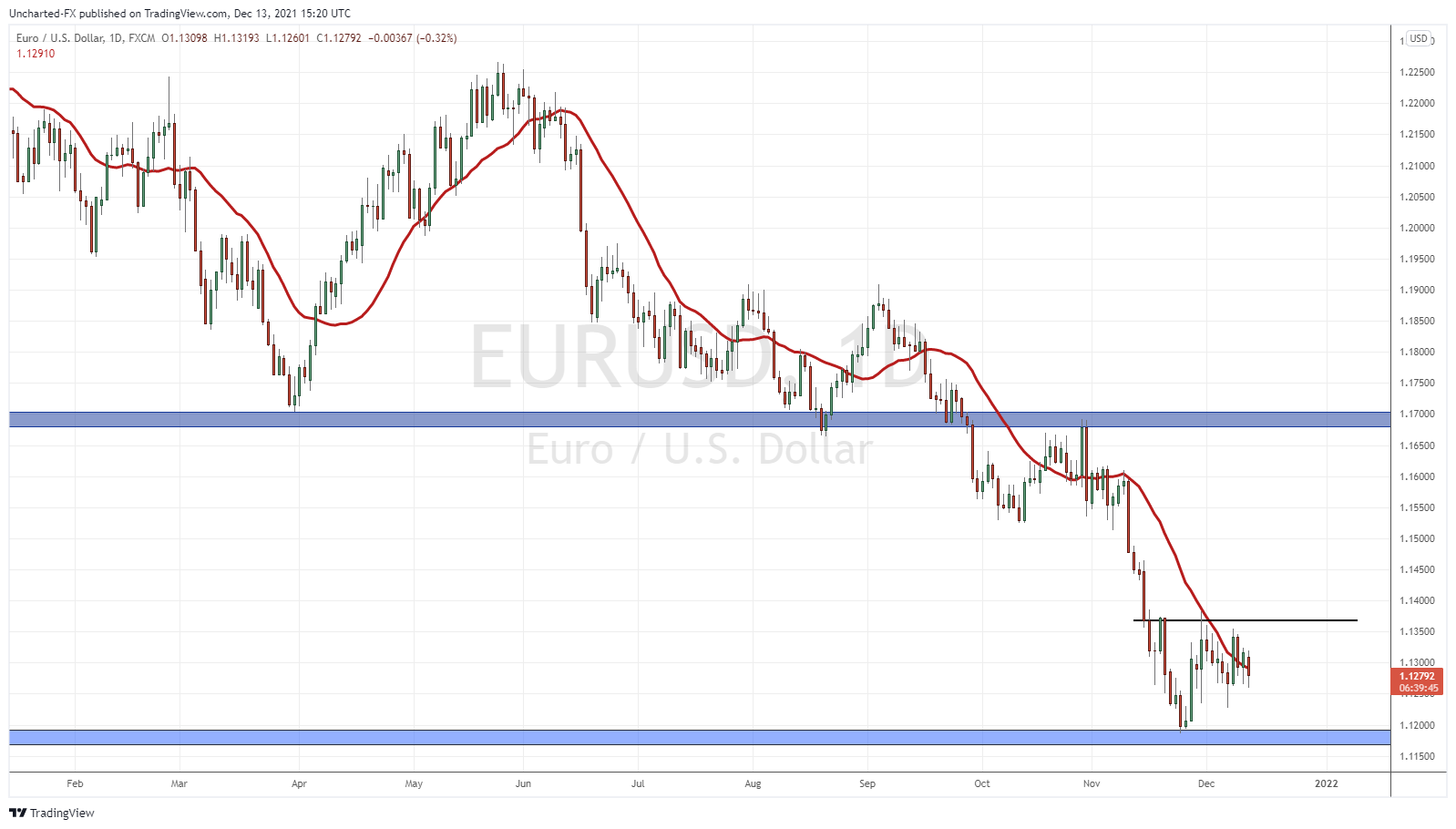 For the ECB, it is all about tapering. They have an asset purchasing program in the trillions of Euros. Lagarde and the ECB talk about raising rates, but I don’t think the market takes that seriously. The ECB went negative in 2014. Negative rates are an attempt to cause the public to spend money rather than save, to try and boost the economy. Hasn’t worked. Negative rates also mean that the government debt has increased since it is much cheaper to service the debt. Just like Japan, a rate hike by the ECB might bring down the entire financial system. Nobody is expecting hikes there anytime soon. Oh and by the way, contrarians think the Fed, Canada and other nations could be in the same Japan and EBC boat. That rate hikes right now are about assessing how much damage it would do to governments since they have upped the debt considerably during the pandemic.

We get to the main character. The best girl in anime lingo. The Federal Reserve. This week, the Fed is expected to increase the amount and pace of the taper. Currently, the Fed has gone from $120 Billion a month of purchases, down to $105 Billion. The economy seems to be recovering strongly, and the Fed is preparing for rate hikes in the second half of 2022. There is one point of contention. Yup, it is inflation. Last week, Inflation came in at 6.8%, the highest pace since 1982. The Fed has been saying don’t worry, this inflation is transitory and is due to economies re-opening and this pent up demand, leading consumers to spend more, putting stress on supply chains. Since then, the term ‘transitory’ has been retired, and the Fed expects inflation to be around until the second half of 2022.

Now the rhetoric has quickly turned to, “The Fed is going to be tapering to combat inflation”. This is where things could get hectic going forward. If inflation has NOT peaked, and we get higher numbers from here on end, the markets may begin doubting the Fed’s ability to control surging inflation. The way they would control inflation is very simple: they would have to raise interest rates very quickly in a short amount of time. Not necessarily an easy thing to do given the government debt I mentioned, but also the consumer debt levels. Contrarians are saying the Fed will quicken the taper because they need to get a head start in the battle against inflation. Some volatile times ahead folks, and perhaps we are now entering the confidence crisis period I have written extensively about. 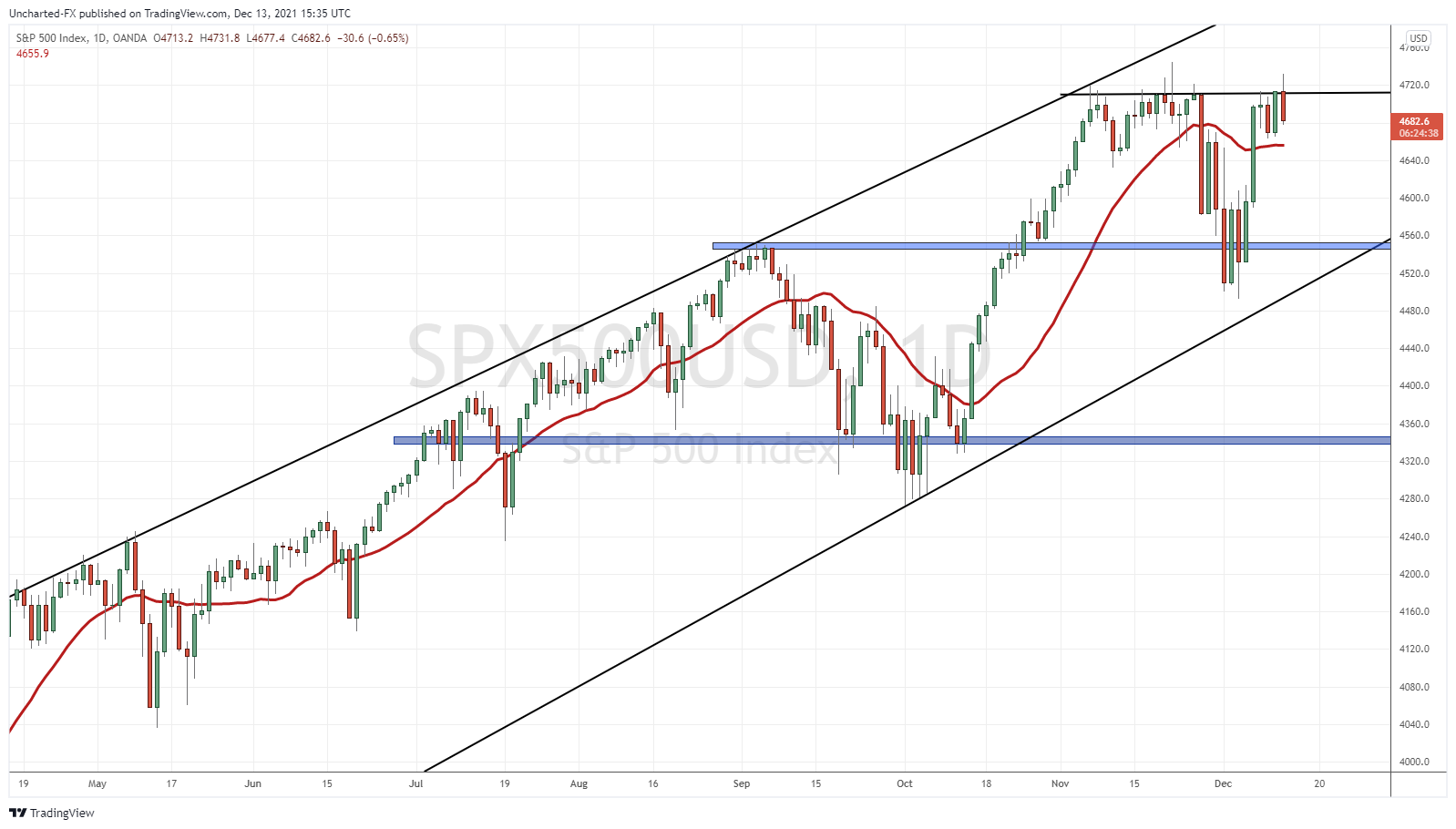 On the market side, things are on a wait and hold period. Typical of a Fed week. Really no point in taking longer term trades or swing trades when a volatile event that will shake markets is coming on Wednesday. Might as well wait until after then. Currently, worldwide stock markets are red. The S&P 500 looked like it was breaking out overnight during futures, only to reverse at the US open. We are still battling at our major resistance zone. To confirm a continuation of the uptrend, we need a daily candle close above my resistance line.

Currently, we are seeing money run into risk off assets. Money is leaving the stock market for the safety of bonds. The VIX and the US Dollar are also gaining a bid. Once again, not surprised given the upcoming event risk.

The talk now is will the Fed’s taper increase cause a taper tantrum? If you believe this Stock Market has only been rising due to cheap money and accommodating monetary policy, then a large taper would be the first sign the Fed is reversing course. Of course anything can change from now until the second half of 2022. Maybe a more deadlier variant causes the Fed to turn accommodative again. But for now, the announcement of a taper might put some pressure on stocks. This aligns with the technicals as we sit at a resistance zone. A perfect place for short sellers to enter. If the S&P slides after the announcement and in the upcoming days, things get interesting if we begin to retest the 4560 zone again. We might be looking at a potential double top reversal pattern then.

On the other hand, one thing doesn’t change. Stock markets will remain the only place to go for yield until the Fed actually starts rising interest rates. This in itself will still cause money to flow into stocks especially if Inflation fears are rising, and money is looking at larger yield to combat inflation.

Buckle up, it is going to be a crazy week for the Stock Market! 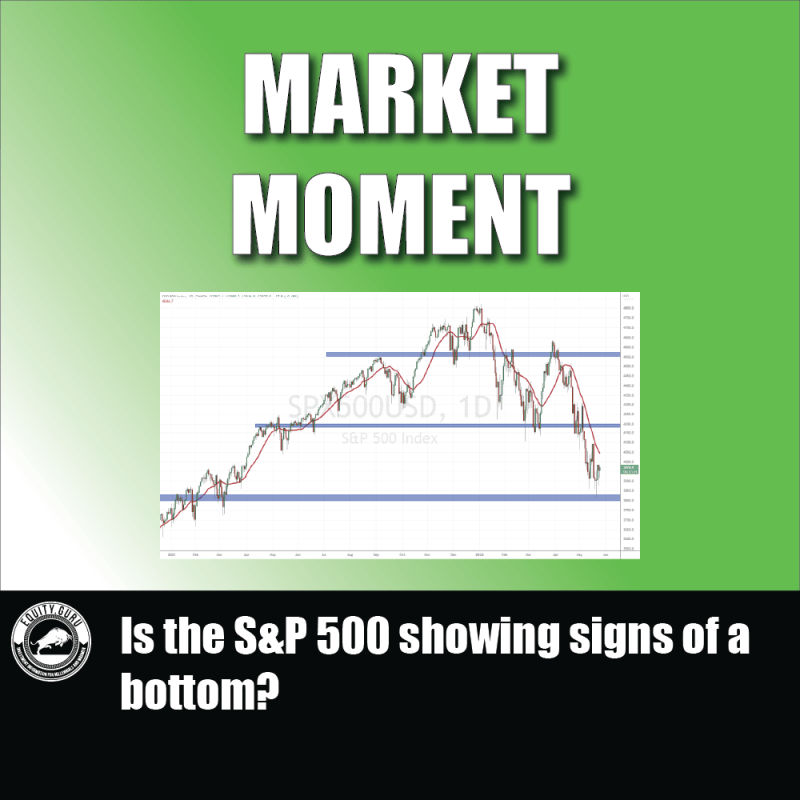 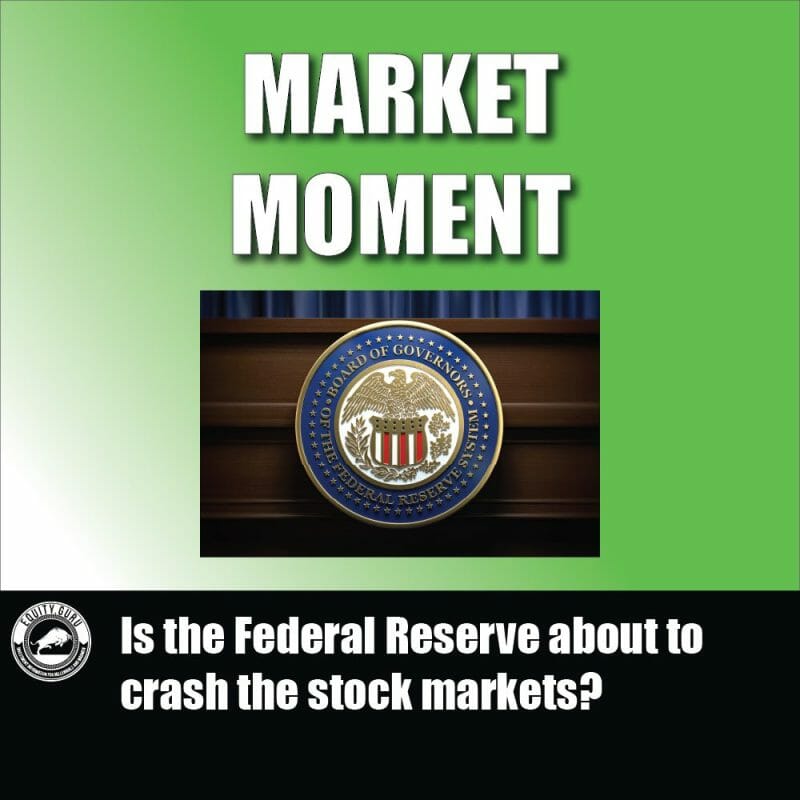 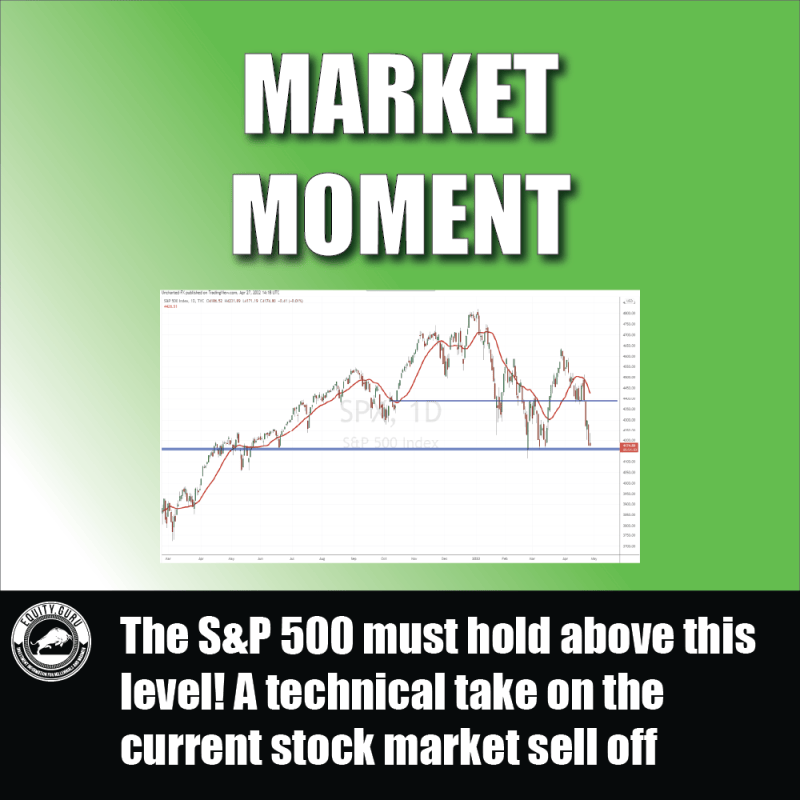 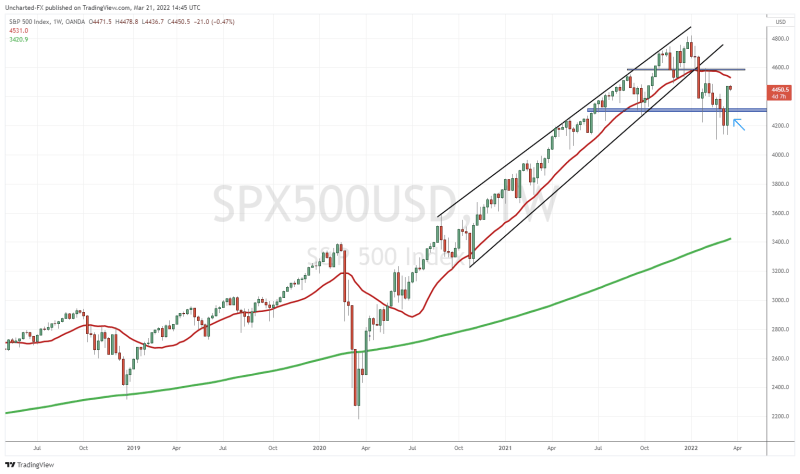 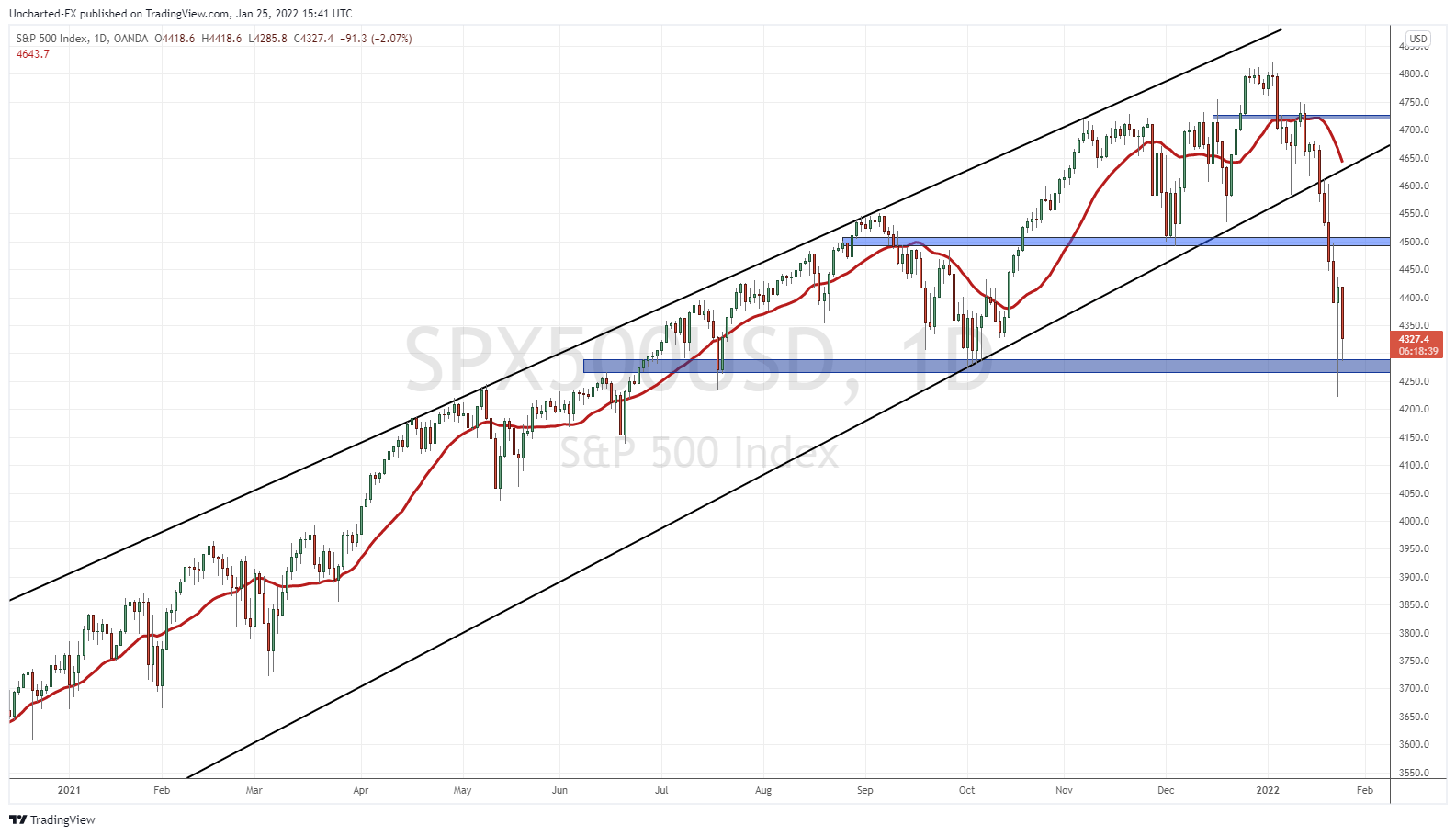 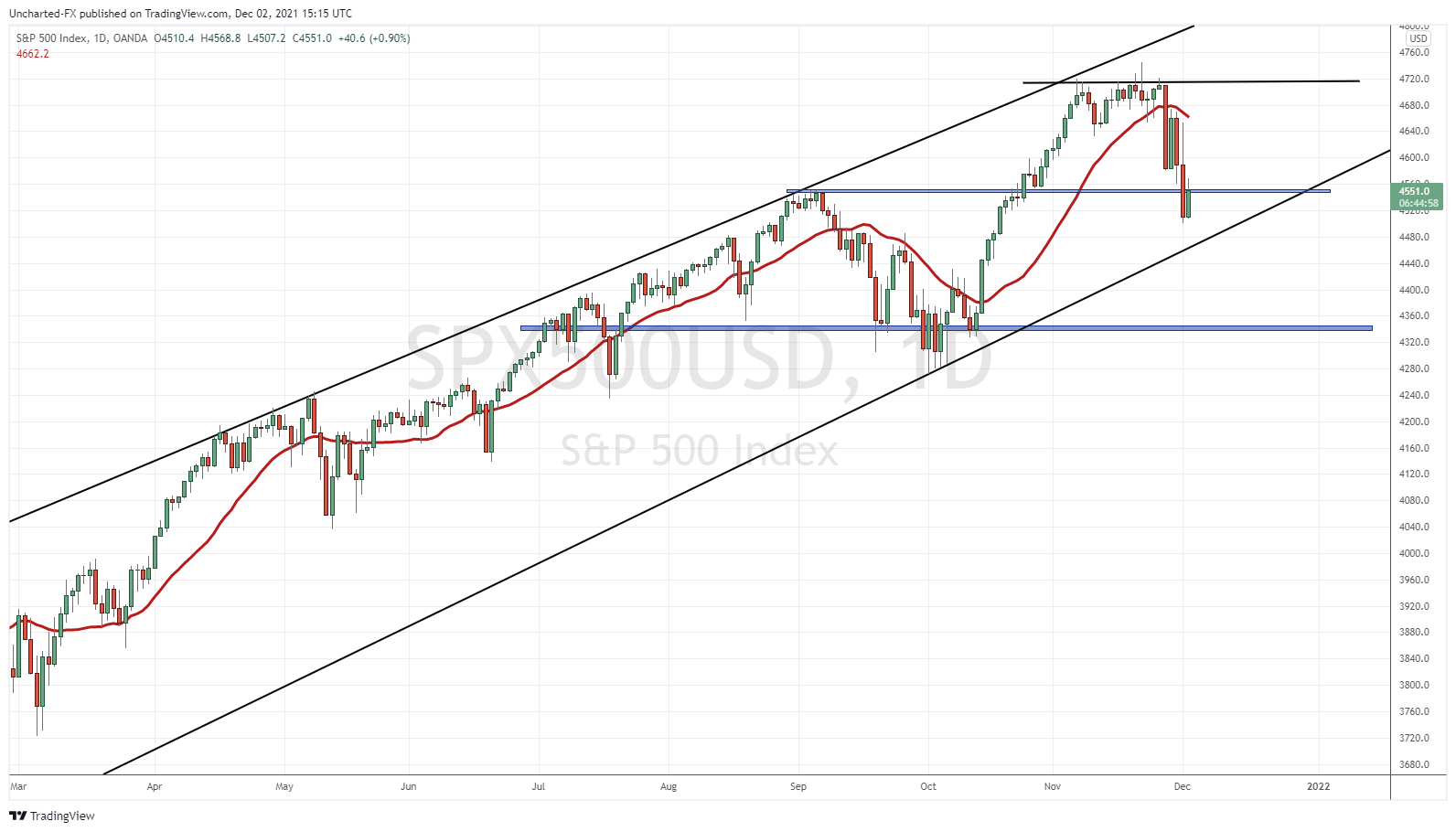