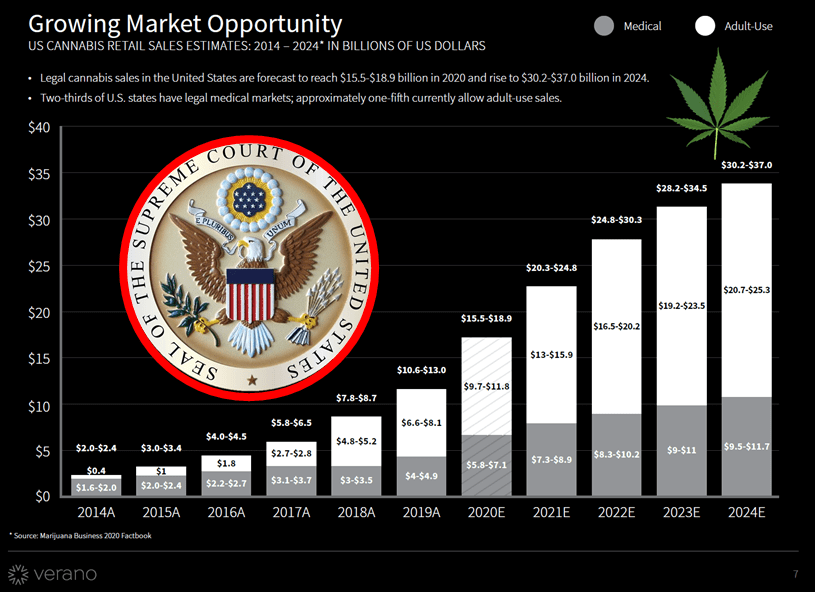 Verano (VRNO.C): how a garbage-can of Arkansas flower led to racketeering charges against a $3 billion company

Arkansas, USA is no stranger to quirky law suits.

It was once illegal for the Arkansas River to rise higher than the Main Street Bridge in Little Rock, it was also forbidden to kill a mosquito or walk your cow between noon and 1 p.m.

Now we have this:

“Verano Holdings (VRNO.C), a Chicago weed firm worth roughly $3 billion, was sued Monday in federal court as part of a sweeping racketeering [RICO] complaint that accuses the company of illegally trafficking marijuana from Illinois to Arkansas,” declared the Chicago Sun Times on March 8, 2021.”

Three weeks ago it raised $100 million without breaking a sweat.

The RICO (Racketeer Influenced and Corrupt Organizations) Act – passed in 1970 – “allows the pursuit of a mob boss who orders underlings to commit crimes in furtherance of the organization, but who hasn’t personally pulled the trigger,” explains Bochetto/Lentz Attorneys.

The RICO act empowered the feds to sue the Hells Angels and take down the heads of five Mafia families in New York City in the 1980s.

In this 2021 drama the “mob boss” is Verano CEO George Archos.

The “underling” is Michael Frontier, a low-level Verano “cultivation manager”.

“The lawsuit filed in Colorado alleges a complicated conspiracy that allegedly included the company and Harvest Health & Recreation, an Arizona firm that attempted [unsuccessfully] to acquire Verano for $850 million in March 2019,” explains The Chicago Sun Times.

“The plaintiff, Nicholas Nielsen, worked for a cultivation center in Newport, Arkansas, that was owned by Natural State Wellness Enterprises and managed by Harvest as the company worked in lockstep with Verano as the acquisition was pending. The deal fizzled, however.

The suit hinges on Nielsen’s arrest last January in Jonesboro, Arkansas, where police raided his home after uncovering 28 harvested pot plants in his garbage can, the Van Buren County Democrat reported.”

“Nicholas Christian Nielsen, 40, was growing marijuana in his home in the 100 block of Cate Avenue, Jonesboro, Arkansas police said in a probable cause affidavit.”

Google Map research reveals Nielsen’s apartment may be above this tattoo parlor at 112 Cate Avenue, Jonesboro. 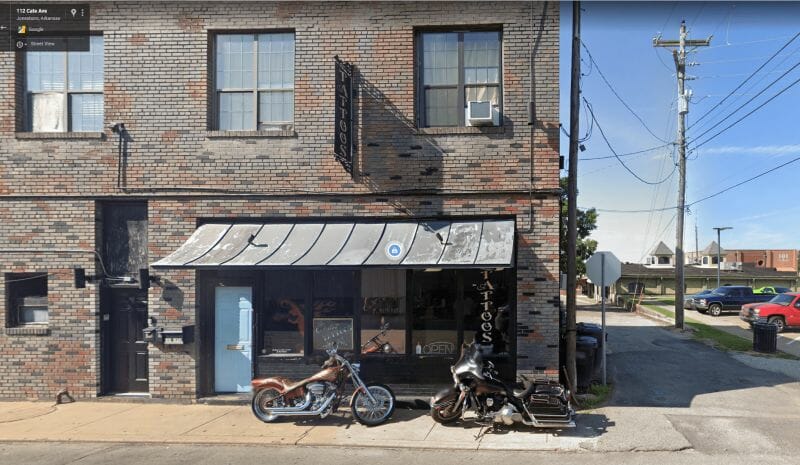 What is the underlying cause of this legal entanglement?

Natural Wellness had obtained a license to grow marijuana in Arkansas.

But they had no legal right to import cannabis seedlings.

“Defendants faced a problem,” reported U.S. News Chant, “They could now grow cannabis, but how would they obtain the cannabis in the new state to grow it?”

“It’s a chicken or egg problem that every licensed marijuana cultivator faces: they can grow cannabis, but have no means to obtain the new plant materials that does not violate both state and federal law.”

“According to courtroom information in Arkansas, Nielsen was arrested in January 2020 after police discovered over 9.5 ounces of hashish, two lighted indoor rising tents, 380 THC vaporizers, a number of jars of concentrated marijuana, THC-infused meals and varied different paraphernalia at his condominium.

Nielsen sued Verano, the details outlined in this 51-page complaint.

“At times, Nielsen received his instructions directly from various executives of those companies,” claimed Denver lawyer Matthew Buck within the grievance, “When police raided the site, however, it was only Nielsen who was criminally charged and left holding the proverbial bag.”

“Content to merely cash in on their conspiracy, Nielsen’s former employer and co-conspirators terminated him, arranged for him to receive several under-the-table payments to keep quiet about what he saw while he was a Harvest employee, and then left him to contend with the criminal justice system alone.” 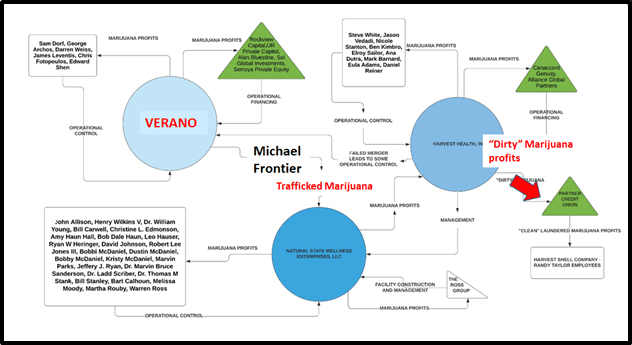 A spokesperson for Verano countered that the allegations were “totally false and absurd” and portrayed the grievance as a “sensationalized and imagined series of events aimed at a company like Verano with a proven track record of compliant operations.”

A Harvest spokesperson called the lawsuit a “thinly veiled shakedown” and stated Nielsen’s lawyer had “tried to barter a multi-million settlement”.

The financial stakes here are not insignificant.

In the last two years, The ReLeaf Center in Bentonville Arkansas has sold 4,000 pounds of medical marijuana. 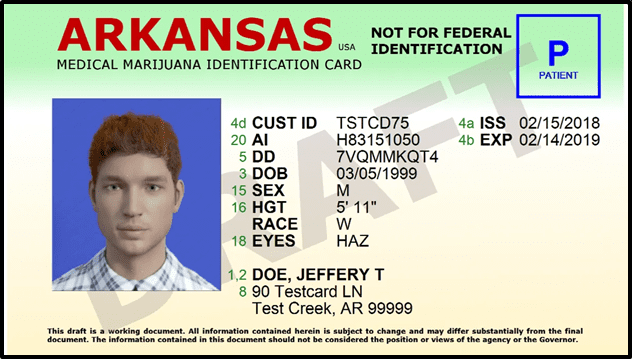 The RICO act requires federal agents to make a direct connection between the actions of the mob boss and the underling.

That means the case will hinge on what Verano employee Michael Frontier says in court.

What were his orders?

Who did they come from?

Frontier knows his way around a courtroom.

In 2019, he was indicted in federal court in Chicago for allegedly running an illegal gambling business.

Hopefully, for Verano’s sake – in the federal case of the interstate seedlings – he’s not going to sing.