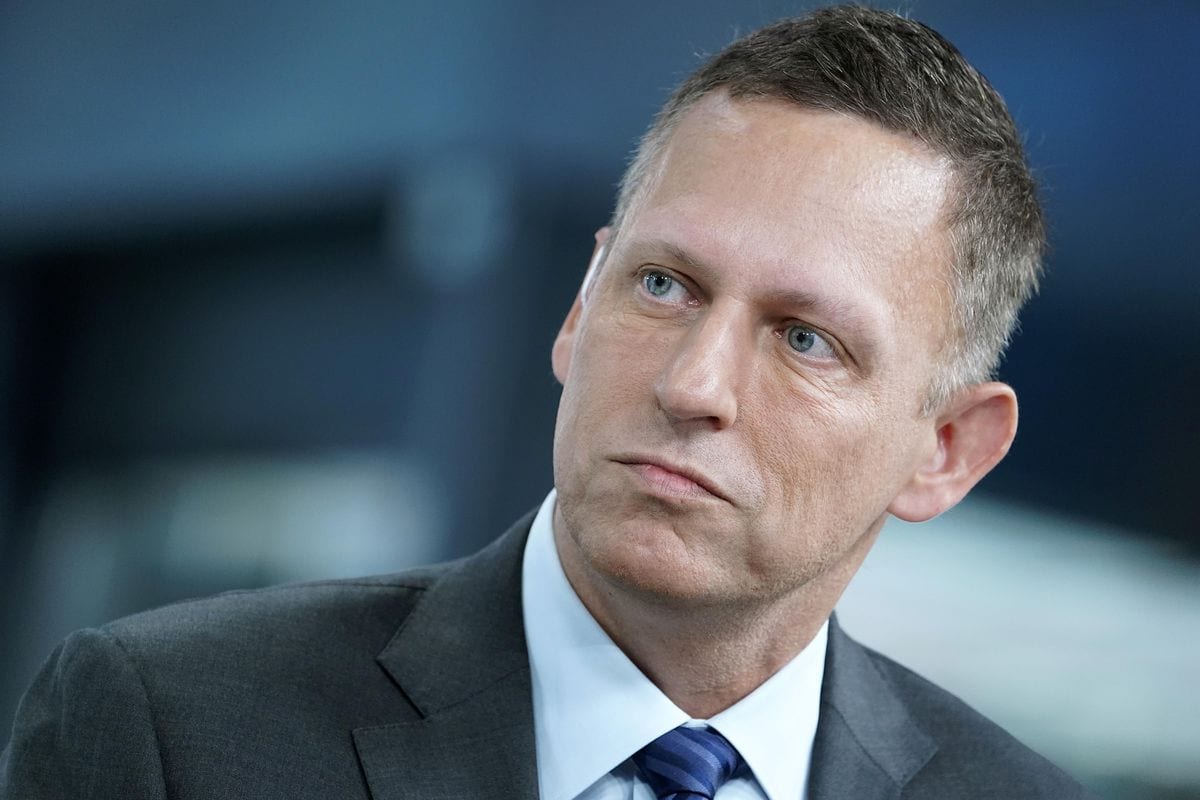 Throwing the words profit and psychedelic drugs into a sentence would have lead to awkward and confused looks 5 years ago.

But we have come a long way, and in that process, questions have arisen like: how do money and psychedelics mix? Psychedelic medicine advocates who have never been around the public markets are being introduced (to their horror) to how capitalism really works under the hood. I read hundreds of comments a week about how surprised people are that these companies would put profit before people, they thought psychedelics companies would be a little more ethical.

However, as Compass Pathways (CMPS.Q) has proven time and time again, that doesn’t seem to be the case.

Some, like myself, are just swallowing the pill whole and are anticipating weird hedge funds from the Bahamas to start popping up in pressers, overly inflated trial outcomes, and ultimately investors being lied to and screwed over because it’s the only way.

Others taking a much more altruistic approach coming at the sector from the viewpoint of teamwork, a recent VICE article about Compass Pathways said:

But a diversity of opinion still exists as to whether psychedelic compounds should be treated like any other promising pharmaceutical drug—patents and all—or be approached with a more egalitarian “open science” attitude.’ 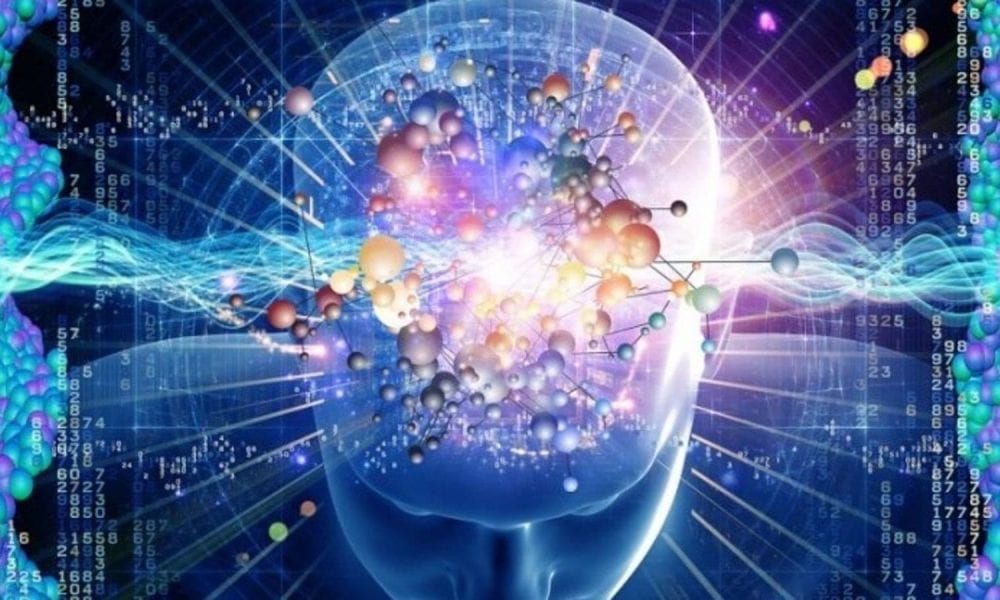 Because the way I look at it, all the money and power in this thing are geared towards patenting IP, raising capital, and driving shareholder value, and away from ‘open science’. There may be some smaller voices screaming for efficacy at the back of the room, but it doesn’t really feel like an actual discussion at this point. The notion that companies are going to play nice and share their IP together is crazy. First, it’s going to take years and millions of dollars to acquire, and secondly, these companies have shareholders, hedge funds, and VC’s to answer to.

According to PsilocybinAlpha, the value of the current psychedelics industry is roughly $8B CAD if we tally up the top 30 or so market caps and round off the rest. Do you really think there is an argument to be made that these companies should come together to create a Google Doc where companies can pile in their data?

It does sound really nice but just imagine the board meetings.

‘Yeah we had amazing results from our phase 3 trials on our novel compound psilocybiniasisis, so we will be giving all rights, data, and ownership to MindMed because this is a playground, and we are all friends.’

Look psychedelics are ‘sacred science’ to a lot of people, and I get it.

But I mean, MAGA billionaire Peter Thiel is involved in Compass, the largest psychedelics company by market cap on the planet.

Has anyone read ‘Conspiracy’ by Ryan Holiday? It’s a full-length heroes journey book detailing Thiel’s tedious 10-year quest to destroy Gawker over a blog post. I would skip it, but just know it exists. 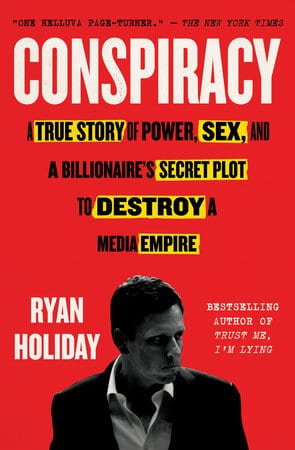 Another billionaire – notorious VC shark and boating enthusiast Kevin O’Leary is also heavily invested in the second largest market cap MindMed (MMED.NE). I’m not saying this is necessarily a bad thing for psychedelics, it will make them mainstream. Just like we saw with cannabis, once the money starts pouring in governments start listening. The reality is Kevin O’Leary and Peter Thiel might do more for the psychedelics industry than any number of the folks I have met at Shambhala Music Festival.

Is that sad? Kinda, yeah.

OG investors probably remember when Compass made its first negative waves. They essentially became a for-profit company only after being a non-profit, while grabbing all the value being a non-profit affords you.

“Compass Pathways has relied on conventional pharmaceutical-industry tactics that could help them dominate the field, including blocking potential rivals’ ability to purchase drugs, filing an application for a manufacturing patent, and requiring contracts that give Compass power over academics’ research and are restrictive even by pharmaceutical-industry standards,” – Olivia Goldhill, Quartz.

It was a bit of a ‘pivot’ but rubbed a lot of people the wrong way. This was the first major indication that this was going to be a competitive, cut-throat industry and not one about purely vibing. We are not in the Peruvian jungle anymore, the shamans are getting stock options and the drugs are synthetic.

It’s natural to think the largest companies may be the most trustworthy. Taking a look at cannabis, it was the Canopy’s, Aurora’s and Aphria’s who were the bell of the ball.

‘Pick up some of that Aphria and hold long’, or ‘de-risk by buying a trusted name like Canopy’. 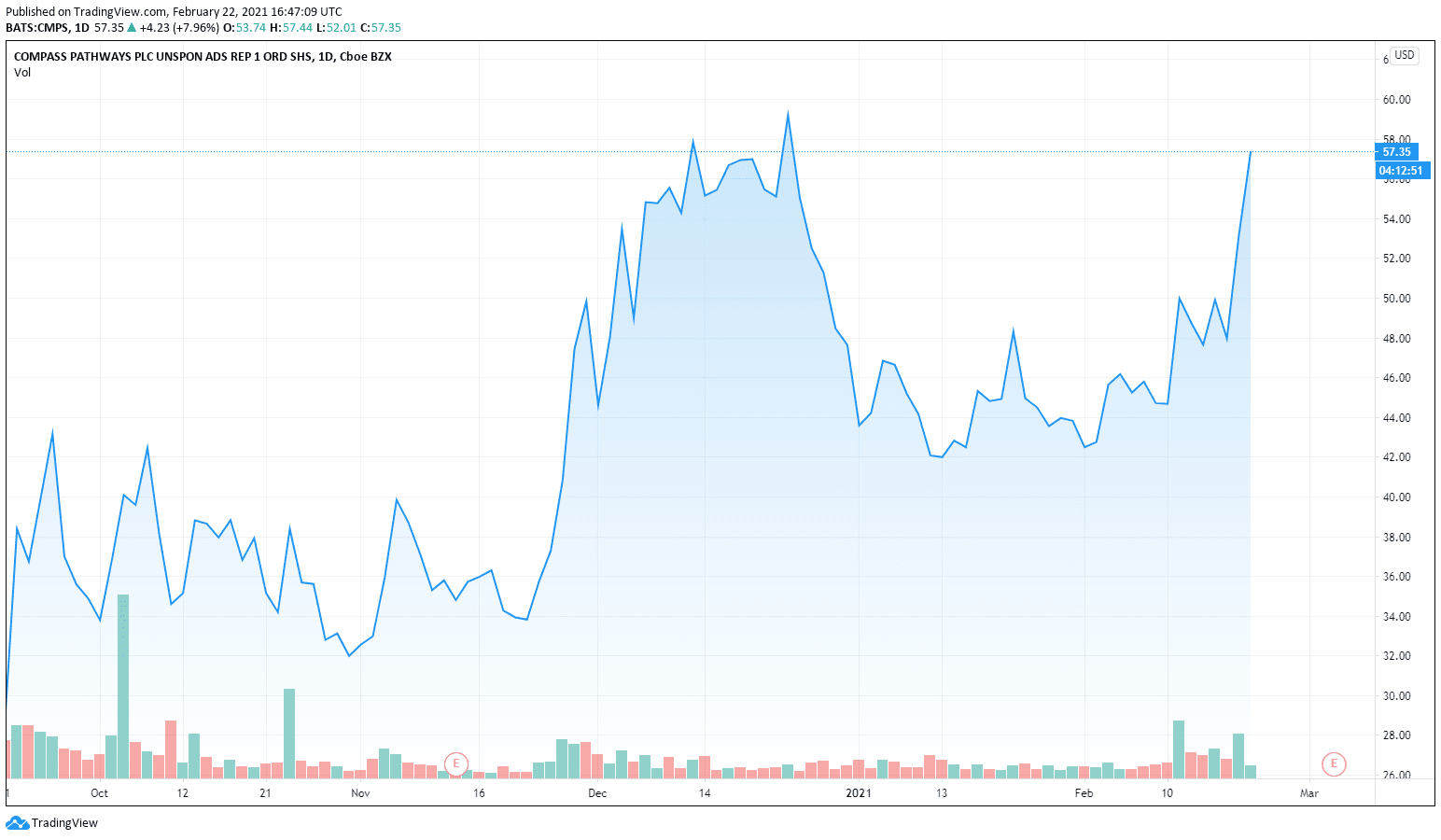 A NASDAQ listing is one of the best ways to gain credibility in a new and risky sector like psychedelics. With NASDAQ’s cost to uplist, and its share price minimum, the NASDAQ is the gold standard of exchanges in North America.

I wrote a piece outlining the NEO stock exchange in Canada, and it too has listing standards that outweigh the difficulty of listing on exchanges like the CEO or OTC. There is value in getting a NASDAQ approval, and Compass obviously has enough money and power behind it to propel it long into the future.

I wrote a piece last week outlining why I think companies looking to patent their novel drugs is likely a profitable path as big pharma sharks will undoubtedly be all over this industry in the next 5-10 years.

There is something to be made about Compass switching to a for-profit company after reaping the benefits of a non-profit, it does leave a sour taste in my mouth. Also, some of the things Compass is looking to patent throughout the psychedelic therapy process are absolutely ridiculous.

Here are a few of them:

Compass really thinks it can patent listening to music while doing psychedelic therapy. This is absurd, and it will never pass. How would it even be enforced in the first place?

Some Redditors have weighed in on the topic.

So, should you trust Compass Pathways?

The patent stuff raises some questions for me personally like,

As an investor, Compass is an established name with an ability to raise capital along with its NASDAQ listing and allure of private equity. Compass raised $146.M USD on their IPO and recently completed an $80M USD series B. The company’s market cap is the largest in the entire sector at $1.92B USD.

A lot of the growth hacking that will be done by smaller companies who don’t have that level of access to capital will eat up a lot of valuable hours and manpower. Compass was also granted breakthrough status by the FDA for its clinical trials.

In this sector speed is paramount, things are changing every day. New studies, laws, regulations, breakthroughs, etc., a well-funded company with the ability to move quickly will be important.

As a patient, I would steer clear from this company based on their actions outlined in this piece. I have seen other operations in this sector that appear to be more trustworthy. 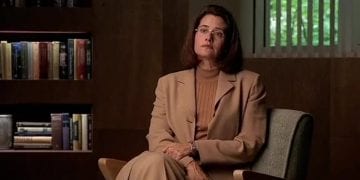 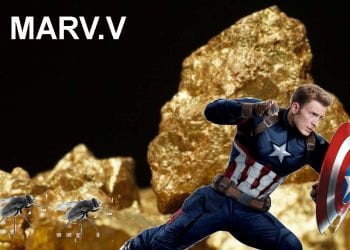 While Marvel’s main stable of assets grows, spin-offs are inevitable. Scarlett Johansson spins off into...