When you’ve invested in a company that operates under foreign laws, you’ve got to keep an eye on national politics.

“Isracann (IPOT.C) is Israel’s first pure-play cannabis firm to list in Canada,” wrote Equity Guru’s Chris Parry last summer when IPOT first got on our radar, “It is focused on becoming a premier, low-cost cannabis producer.”

Since then, Israeli politics have undergone a dramatic upheaval.

In the last four months, there have been three dead-locked national elections.

Prime Minister Benjamin Netanyahu, who has been in office for 11-years, struck a power-sharing agreement with rival Benny Gantz.

Mr. Netanyahu is currently under investigation for corruption.

The political marriage has been less tranquil than the brief feces/ice-cream/fisticuffs union of Amber Heard and Johnny Depp.

The 36-minister government agrees on almost nothing.

There is so little harmony, there is a danger that parliament will dissolve later in the summer – triggering another round of Israeli elections.

One of the very few things this coalition government does agreed on, is changing the cannabis laws. 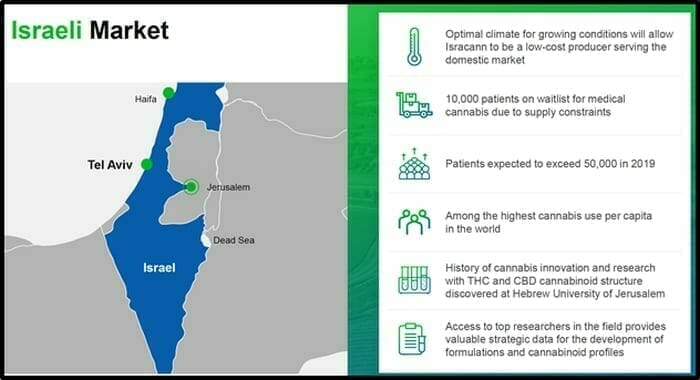 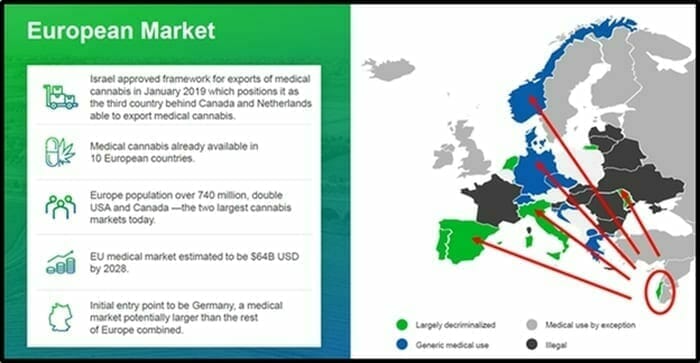 “Israel could become the next country to legalize adult-use cannabis after lawmakers gave preliminary approval to two bills calling for the decriminalization of cannabis and the regulation of its sale for recreational and medical use,” confirms CFN Enterprises.

“The country has some of the highest per capita cannabis usage rates in the world at nearly one-third of people between the ages of 18 and 65-creating an enormous market opportunity,” continued CFN.

IPOT has an expected annual capacity of more than 23,000 kilograms of dried cannabis at its Cannisra farm and with Israel’s favorable climate, management anticipates becoming a low-cost cannabis producer with costs of just $0.40 per gram-translating to attractive margins.

Last week, Netanyahu and Gantz’s offices issued a joint statement promising “to resolve the issue of cannabis decriminalization and legalization…via a responsible model suited to the State of Israel”.

Your antennae may not be turned to Israeli politics – but don’t worry – ours is – we’ll keep you in the loop.