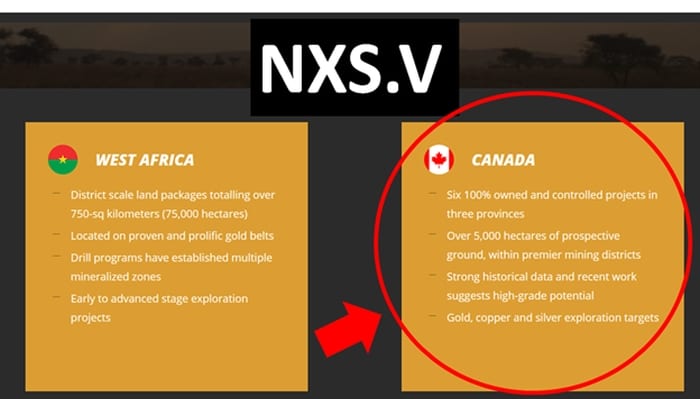 One of the challenges of running a public company is creating a pitch that will lodge in the mind of a retail investor.

Nexus Gold (NXS.V) has the “simple” down cold.

NXS is a gold development company.

Beneath Nexus’ simple big story, the narrative gets more complicated – because this $15 million company owns 11 projects on two continents.

As well as five West African-based projects, Nexus controls the New Pilot Project in BC, four prospective gold and gold-copper projects in Newfoundland and the McKenzie Gold Project in Red Lake, Ontario. 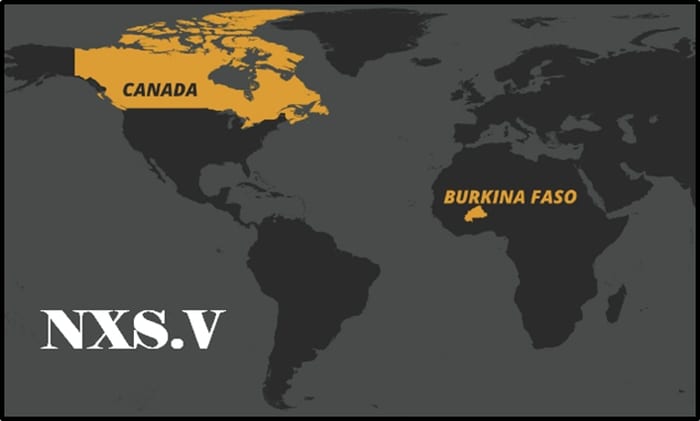 When Nexus puts out news, mental gymnastics may be required to switch from Africa to North America – or vice versa.

On June 19, 2020 Nexus reported that phase one drilling has begun at the company’s 100% owned McKenzie Gold Project, located in Red Lake, Ontario.

“The initial phase one program will consist of a minimum of 1000 meters of diamond drilling,” stated Nexus at the time.

Historic drilling conducted in 2005 along this corridor returned significant values, including 7.49

The initial drill program at McKenzie is designed to expand on 2005 drilling and to follow up on anomalous rock samples.

On July 2, 2020 Nexus Gold doubled down on that McKenzie drill program, adding an additional 1,000 metres.

This is not entirely unexpected.

The added metreage will focus on drill targets previously identified in the southernmost section of the property.

“With the first few holes complete, we’ve decided its in our best interests to execute a larger drill program,” stated Nexus President and CEO Alex Klenman. “The environment is right for a more aggressive allocation of assets, so we’re doubling the initial commitment.”

“It’s obvious a good drill hole can have a significant impact,” continued Klenman, “Increasing the phase one metreage gives us the opportunity to cover more ground and test more targets. We think it’s the right time to do that”.

Over the last 120 years, South Africa has produced half the gold ever mined on earth, but the majority of South Africa’s gold mines are sub-economic at USD $1,700/ounce gold.

We believe Burkina Faso is in a good position to take over the mantle of Africa’s next hot gold producer.

Endeavour Mining (EDV.T) – a $3.6 billion gold miner – is operating the Houndé and and Karma gold mines in Burkina Faso. EDV’s 2019 Burkina Faso revenues were about $600 million. The Karma mine is right in the same neighbourhood. 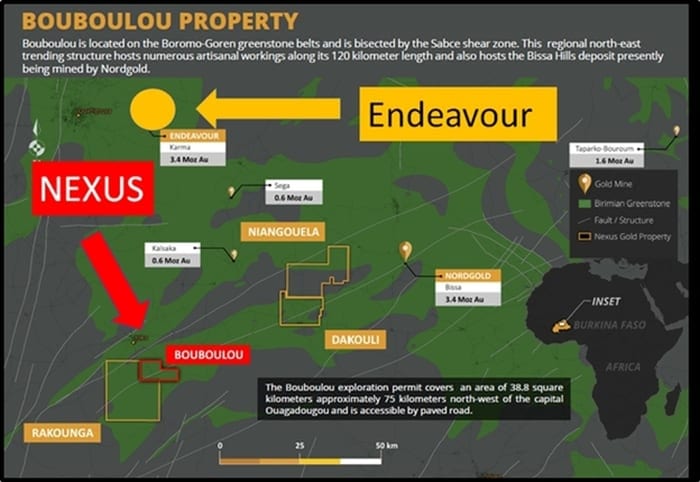 “Warren Robb, Nexus VP of Exploration had his sights set on Dakouli from the get-go,” states Equity Guru’s Greg Nolan, “For those unfamiliar with Robb, he was Roxgold’s chief geologist in 2012 where he supervised exploration on the Bissa West and Yaramoko gold projects.

Artisanal miners on the property are working a strike of roughly 400 meters and going down 80-plus meters.” – end of Nolan.

Back in Canada, on the McKenzie project, NXS anticipates executing additional drilling later in the year to test multiple targets located in the northern portion of the property.

In this excellent Market One Minute segment, Klenman gives an overview of the exploration objectives on two continents.

It’s not that complicated.