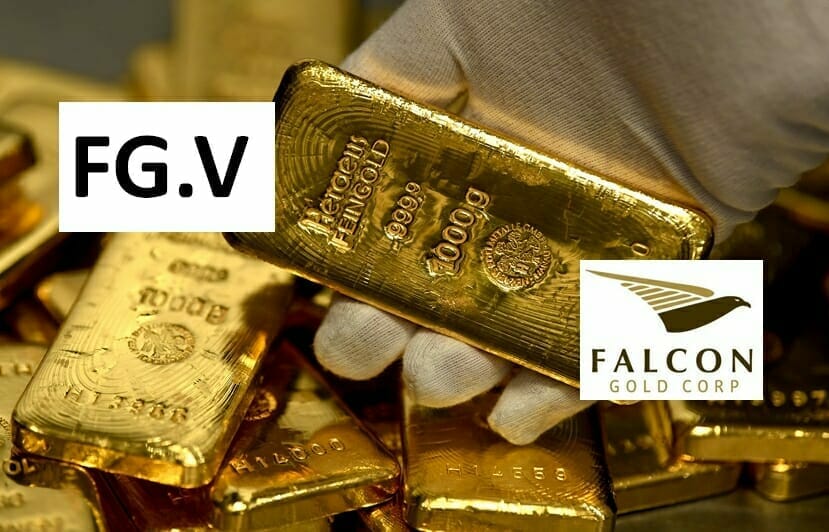 Falcon Gold (FG.V) buys a Newfoundland gold project as CEO Karim Rayani backs his own company in the most meaningful way possible

On July 13, 2021 Falcon Gold (FG.V) announced that it has acquired a significant land position within the Hope Brook Area, Newfoundland.

Falcon Gold has de-risked itself significantly by acquiring and developing multiple projects in multiple jurisdictions.

That is a double-edged sword – as the messaging for the company can become fractured.

Falcon holds multiple additional projects. The Camping Lake Gold property and the Springpole West Property in the world-renowned Red Lake mining camp; a 49% interest in the Burton Gold property near Sudbury Ontario; and in BC, the Spitfire-Sunny Boy Gold Claims and the Gaspard property – and now the Hope Brook project in Newfoundland, Canada.

In Newfoundland, Falcon has staked a total of 996 claims (24,900 hectares) which are strategically located and contiguous to First Mining Gold, Sokoman Minerals-Benton joint venture, and Marvel Discovery.

“When considering both policy factors and mineral potential, the province [Newfoundland & Labrador] is the 8th most attractive jurisdiction in the world for mining investment (out of 77 jurisdictions),” reports The Fraser Institute on April 8, 2021.

“The province went from 50th in 2019 (when considering only pure mineral potential) to 11th in 2020,” continued The Fraser Institute, “Much of the province’s current mining activity is in iron ore, nickel and copper. However, gold discoveries in the second half of the year might explain why investors now view the province as a premier mining investment destination.” 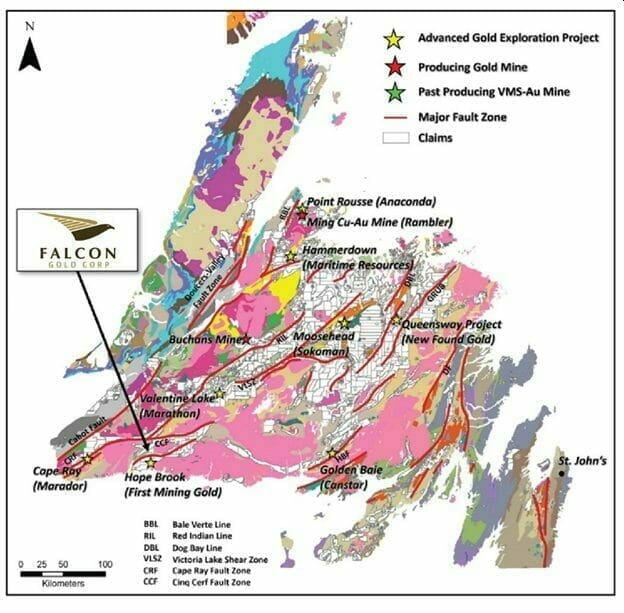 “Exploration activity within Newfoundland continues to accelerate with no sign of slowing down,” confirms Falcon CEO Karim Rayani, “We are thrilled to position Falcon Gold in this very strategic land position.”

“The Hope Brook mine was and is a very significant gold deposit intimately associated with structure,” continued Rayani, “Falcon’s land is situated in a very active structural corridor giving us a tremendous opportunity for success.” 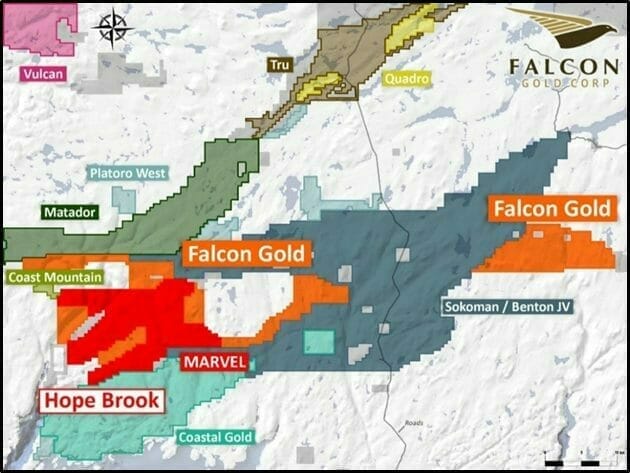 “Within this immediate area, the most significant deposit is the Hope Brook gold mine which was in production from 1987 to 1997 producing 752,163 ounces of gold,” states FG, “The Hope Brook deposit is now owned by Coastal Gold Corp who have outlined an additional 6.33 million tonnes at an average grade of 4.68 gpt Au for 954,000 ounces of gold in the indicated and inferred categories.”

The Hope Brook project is not Falcon’s only recent acquisition.

On March 9, 2021 Falcon Gold (FG.V) announced that the TSX Venture Exchange has approved the purchase of the Gaspard Gold Claims located in central BC.

The Property has year-round, all-season road access with a good network of active logging roads.

The City of Williams Lake located 60 kilometers northeast of the Property is a regional supply centre for mining, logging and ranching.

Falcon has agreed to complete $34,000 in exploration expenditures on the property during the 2021 field season.

The vendor will retain a 2% Net Smelter Returns royalty (NSR) on the Gaspard Gold Property.

The closest gold deposit to the Property is located approximately 26 km to the south and is the Blackdome Gold Mine Project.

The Blackdome reportedly has the following resources; 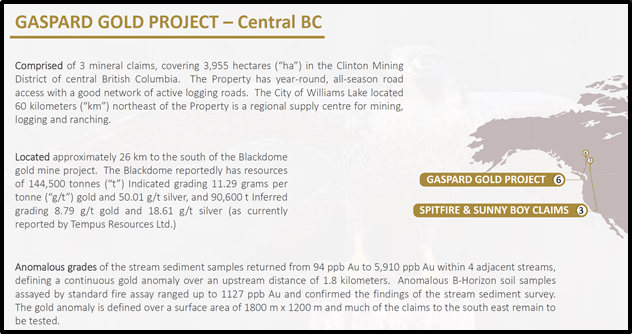 “The fear is that insiders know better than average investors what’s really going on at a company,” reports CNN Business.

A visit to “Canadian Insider” reveals that, Falcon Gold CEO Karim Rayani has been loading up on his own company, at the same prices you or I pay. 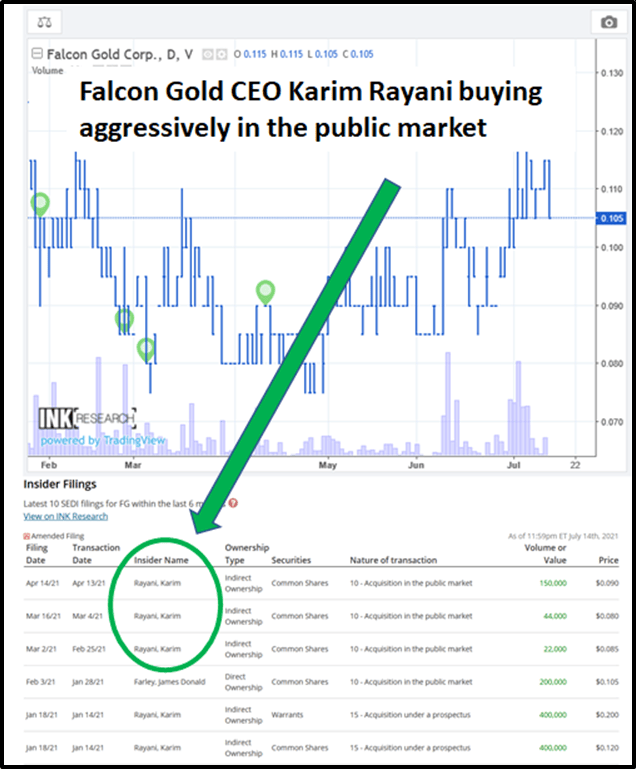 Despite this painful correction, the forces pushing gold prices higher are getting stronger.

“The COVID pandemic has added $24 trillion to the global debt mountain over the last year a new study has shown, leaving it at a record $281 trillion and the worldwide debt-to-GDP ratio at over 355%.” reported Reuters.

Most of that global debt is based on fiat currency (paper money), and it is very easy to manipulate supply.

Maybe the world can live off credit cards forever with no consequences.

If that turns out not to be true, history suggests that aggressive little explorers like Falcon Gold will benefit from a stampede into precious metals.

The Hope Brook property is an valuable addition to FG’s growing gold portfolio.