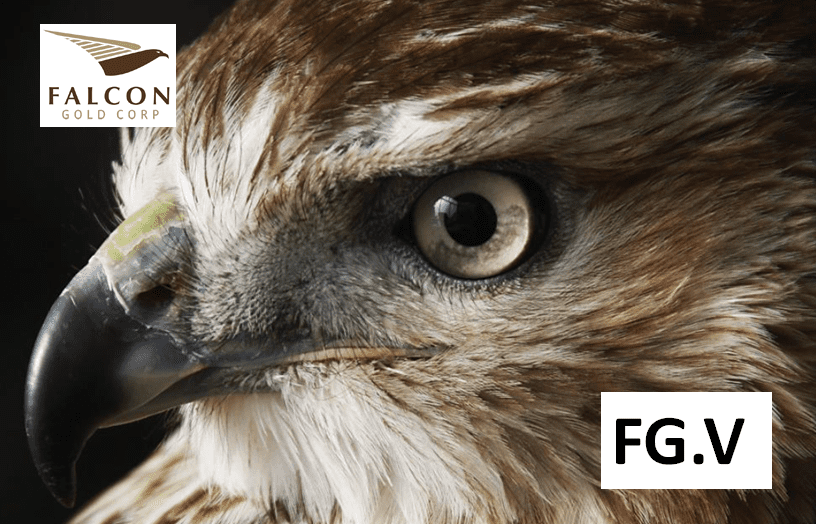 On March 9, 2021 Falcon Gold (FG.V) announced that the TSX Venture Exchange has approved the purchase of the Gaspard Gold Claims located in central BC.

The Property has year-round, all-season road access with a good network of active logging roads.

The City of Williams Lake located 60 kilometers northeast of the Property is a regional supply centre for mining, logging and ranching.

To acquire 100% interest in the Gaspard Gold Claims, Falcon shall pay to the Vendor as follows:

Falcon has agreed to complete $34,000 in exploration expenditures on the property during the 2021 field season.

The vendor will retain a 2% Net Smelter Returns royalty (NSR) on the Gaspard Gold Property.

A Net Smelter Royalty is defined percentage of the gross revenue from a resource extraction operation, less a proportionate share of incidental transportation, insurance, refining and smelting costs.

All the Falcon shares and share purchase warrants issued will be subject to a 4 month hold from the date of issuance.

The closest gold deposit to the Property is located approximately 26 km to the south and is the Blackdome Gold Mine Project.

The Blackdome reportedly has the following resources;

The Blackdome mineralization is characterized as volcanic-hosted epithermal gold and silver class and may represent the target-type for the Gaspard Gold Claims.

Next Steps for the Gaspard Gold Claims

In an internal report by the vendor, the next recommended steps include an initial high-resolution helicopter-borne magnetic survey to provide further definition over the claims area, including 320 kilometers of flight lines, with a flight line spacing of 150m along East-West oriented flight lines, with N-S oriented tie-lines.

The E-W oriented flight lines are optimal for the delineation of both northeast and northwest trending structures.

Also, a further 60 regular and 60 heavy mineral stream sediment samples are required over the areas of deep overburden cover across the remaining Gaspard Property.

In addition, more prospecting, mapping and sampling of the brecciated rhyolite with quartz vein stockwork is needed to determine the source (or sources) of the gold stream and soil anomalies.

The same vendo-commissioned internal report suggested that these next steps would require a budget of approximately $250,000 and should result in well-defined gold mineralization drill targets.

This new BC property is not FG’s only iron in the fire. 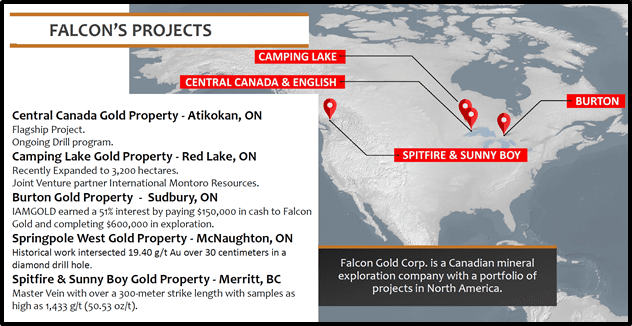 “Little Falcon Gold (FG.V), that only recently boasted the sort of market cap that would have bought you a 3 bedroom in Red Deer, announced Thursday it is enjoying such success it has now tripled its land holding in the Antikokan gold camp,” writes Equity Guru’s Chris Parry.

“Falcon Gold has acquired an additional 7,477 hectares of mineral claims, consisting of 369 units, in the rapidly developing Atikokan gold camp, growing the company’s land position to 10,392 hectares and a new project total of 507 units”.

“That’s a big chunk of land,” continued Parry, “and brings them right up alongside Agnico Eagle Mines (AEM.T) property”. 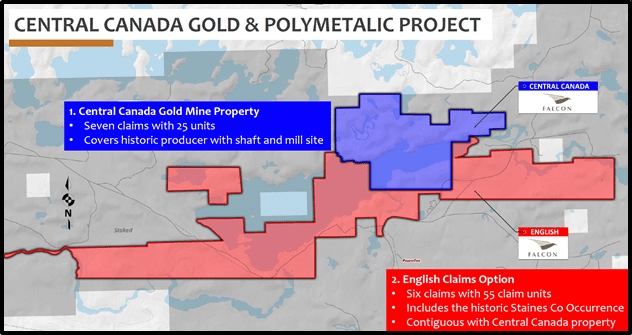 Despite this painful correction, the forces pushing gold prices higher appear to be getting stronger.

Maybe the world can live off credit cards forever with no consequences.

If that turns out not to be true, history suggests that aggressive little explorers like Falcon Gold will benefit from a stampede into hard assets.