Patriot One (PAT.T) makes a huge investment in artificial intelligence

Patriot One Technologies (PAT.T) will soon be fighting terrorism and the spread of violence through artificial intelligence (AI).

How’s that to start your day? Actually, Patriot One won’t be doing any fighting per se; it has merely purchased an artificial intelligence company by the name of Xtract Technologies.

The acquisition will allow Patriot One to enhance its PATSCAN Platform, the proprietary sensor technology being deployed globally. 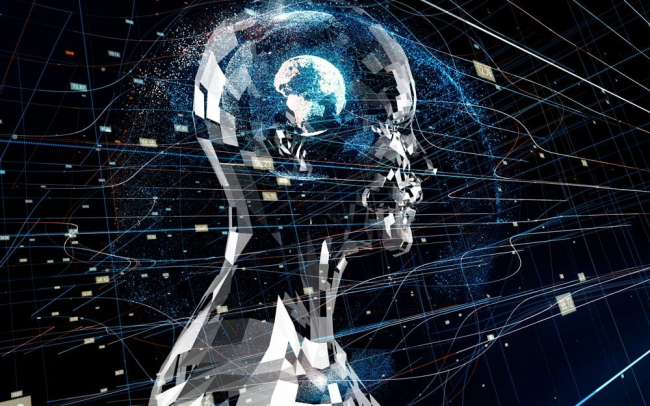 Patriot One announced Monday that it has acquired Xtract Technologies and all its related assets in a cash and stock deal worth CAD$6 million and 9,422,956 consideration shares. Regarding the legal mumbo jumbo, the consideration shares will be subject to escrow restrictions and released quarterly over the next 12 consecutive fiscal quarters.

Patriot One and Xtract are no strangers

While Patriot One’s interest in Xtract is hardly surprising given the two companies’ backstory, it was a bit of a shocker just how quickly the relationship progressed.

On July 31, the two companies announced a “collaboration agreement” to explore how artificial intelligence can enhance PATSCAN’s sensor threat protection technology. Something magical must have ensued over that period for Patriot One to open its cheque book.

Martin Cronin, Patriot One’s CEO and President, said his company saw enough potential in Xtract to take the relationship to the next level.

“Just over a month ago, we announced a development project with Xtract, and during this period we’ve already seen great progress in significant opportunities for enhanced detection accuracy. With new sales opportunities arising every day for a covertly deployed, multi-sensor security solution, integrating Xtract more deeply into our development and day-to-day operations made perfect sense.”

Initially, Xtract’s technology was being used to help PATSCAN augment multiple data sets, such as people and threat objects. It was also being used across three of PATSCAN’s sensor solutions to boost its overall effectiveness.

Threat detection: A real-world use case for artificial intelligence

In the world of emerging technology, very few buzzwords are used more often than artificial intelligence. Companies that shill AI, big data, IOT and other meaningless buzzwords usually have nothing to show for it because they lack meaningful use cases.

Don’t get me wrong – these are real technologies that have major implications on how we do things. The words are just used too flippantly by people who don’t have a clue about how to apply them. (Hint: Not every problem needs AI as a solution.)

As Xtract already demonstrated, threat detection, security and national defense have real-world use cases for AI.

Colleague Joseph Morton explains why AI is a valuable tool for companies like Patriot One, and why its decision to acquire Xtract makes sense:

“… in Patriot One’s case, someone may pass through a door guarded by their PATSCAN service, and the magnetic machinery could theoretically detect both a pencil in their left pocket and a gun in their pants. Through scripts that identify images that contain both pencils and guns, the computer behind it would able to recognize and categorize the gun and the pencil accordingly, and issue the corresponding security response.”

Having the tools in place to detect these objects with razor precision is the reason Patriot One is in business.

Patriot One’s stock price has stabilized in recent months after surrendering all the gains from the first quarter. PAT.T peaked at CAD$3.01 in March before correcting some 40% lower. It currently trades just above $1.80.

The high print came just before PAT.T graduated from the TSX Venture Exchange to the Toronto Stock Exchange back in April.

Despite the correction, PAT.T has virtually broken even for 2019. Its market cap currently stands at $246.1 million with daily trade volumes averaging 353,074 shares.

The company continues to boast solid value drivers with an eye on global expansion. Patriot One has secured large reseller agreements in the United States and globally, bringing its proprietary PATSCAN technology to a bigger end market.

That’s the trade-off for investors. If you’re willing to accept short-term volatility for the potential of longer-term gains, PAT.T could be an attractive play.

Full Disclosure: Patriot One is an equity.guru marketing client.