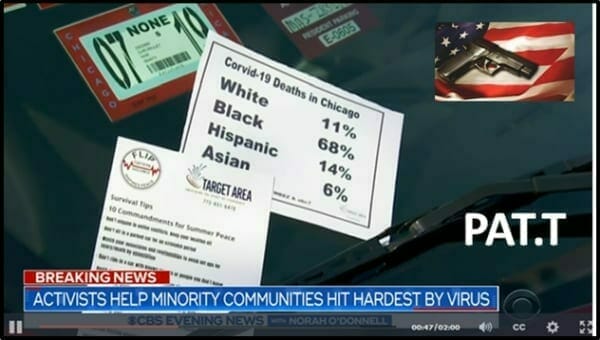 Searching for silver linings in the midst of a pandemic is a challenging task.

Since U.S. streets are largely deserted, you might predict a reduction in street-violence.

You would be wrong.

“In Philadelphia, shootings are on the rise and year-to-date homicides compared to last year are up 17%,” reports CBS News on April 27, 2020, “The fallout from the coronavirus crisis is exacerbating the underlying social issues that lead to violence, such as surging unemployment.”

Social distancing is making it difficult for outreach teams to engage with youth, and at the same time, safe havens like rec centers, libraries and schools — which can be lifelines for those most at risk — are shuttered.

“Systemic structural inequality creates an environment in which a public health epidemic, whether it’s gun violence or COVID, can thrive,” stated Michael-Sean Spence, policy director of Everytown for Gun Safety.

“Capitalism’s commandments — greed is good, never show any empathy or compassion, the purpose of life is to profit, and so on — are jaw droppingly repellent and wrong,” states author Umair Haque.

“There’s no question that capitalism, as it gets more advanced, will widen the gap between the people that have market skills, whatever that market demands, and others,” stated Warren Buffet as the COVID-19 crisis ramped up.

The vaunted efficiency of the “free market” has morphed into meanness.

In Chicago, black residents account for 72% of deaths from COVID-19, despite making up only 30% of the city’s population.

“Unfortunately, the epidemic of gun violence continues to plague us,” stated Chicago Mayor Lori Lightfoot, who has begged hand-gun owners to disarm so local hospitals can focus on coronavirus patients – not gunshot wound victims. 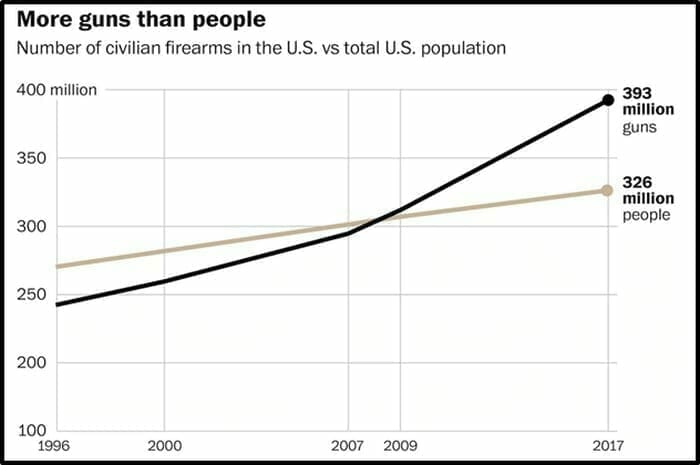 Patriot One’s (PAT.T) is an A.I-driven concealed weapons-detection company that is currently transitioning from being a technology incubator – into a hardware and sales company.

PAT.T can’t stop gang-related street shootings, but with about 400 million guns sloshing around the system, there is a lot it can do.

For instance, it could’ve stopped the October, 2017 shooting when a 64-year-old gambler used a hammer to smash a hole in a 32nd floor window at the Mandalay Bay Resort hotel in Las Vegas, then opening fire on a crowd of music fans at an outdoor concert below, killing 59 people and injuring more than 500.

The previous day, with zero subterfuge, the shooter strolled though the lobby of the Mandalay Hotel with an arsenal of 23 scoped guns – including an AK-47 type rifle, with a sniper stand.

After that event, the hotel industry claimed it had been broadsided by the tragedy – which was not true.

“The firing of weapons and disregard of human life, presents a major threat to global security,” stated a 2015 article in ehotelier.com, “Unfortunately, hotels along with restaurants, theme parks, cruise ships, tourist attractions and public transportation are classified as high risk and soft targets.”

Patriot One’s technology could have identified weapons at the Mandalay because every hotel guest must pass through the lobby to gain access to their room.

Wennemer was the Chief Product Officer for Aeryon Labs, which is part of FLIR Systems, (FLIR.NASDAQ) – a $5.2 billion maker of unmanned aerial systems (UAS) for the global military, public safety, and infrastructure markets.

There are many end-uses for PAT.T’s technology, but because of its ability to “covertly detect” weapons we believe that schools are one of the most promising. 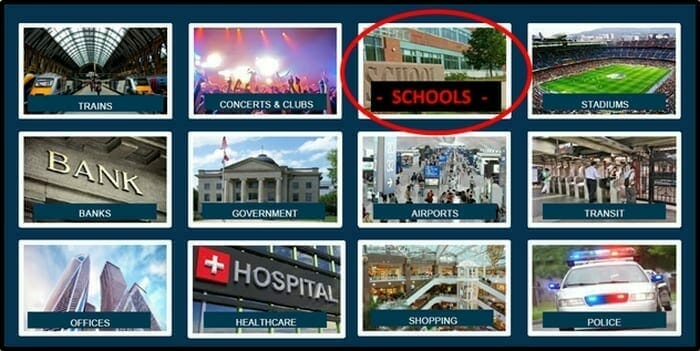 In 2019 the U.S. experienced 45 school shootings resulting in injury or death.

Patriot One’s A.I-driven tech detects concealed weapons from a compact piece of hardware that can be embedded in wall cavities.

“That’s what brought it to our attention,” stated local School Superintendent Dr. Reva Cosby, “it was just the whole idea of getting a chance to keep your staff and students safe without them feeling like they were in a jail.”

Americans make up 4% of the world’s population but they collectively own 45% of the entire global stock of 860 million civilian firearms.

“The system is increasingly burdened caring for COVID-19 patients, and the only thing we can do to reduce the care we provide for severely injured patients is hope they don’t come in,” wrote Kaufman.