Patriot One (PAT.T) is building on its recent success by launching a full-fledged global sales force to deploy its PATSCAN proprietary sensor technology across core regions that span the Americas, Europe and Asia.

Through this initiative, Patriot One is fulfilling new international contracts valued in the millions and expanding business operations into new markets.

Patriot One has secured CAD$1.96 million via multiple reseller agreements, which allow third party vendors to sell its proprietary technology. That’s on top of its much larger North American commitments. All said, the company has up to $8.1 million under contract over the next three years.

On Thursday, Patriot One announced the formal set-up of multiple reseller operations overseas. The agreements require each reseller to use its “best commercial efforts” to deploy the company’s proprietary PATSCAN Platform, which automates the detection of weapons and suspicious behaviour.

International shipments are scheduled to commence next month and will serve as the launchpad for further global expansion targeting the Americas, EMEA and Asia Pacific regions.

Staying ahead of the curve

Martin Cronin, Patriot One’s CEO, said his company’s success in covert weapons detection is rooted in the need to stay ahead of the threat curve. To that end, Patriot One integrates artificial intelligence and multi-sensor technologies to build security systems for all types of environments.

“We believe that both technology and the nature of violent acts evolve, and so our strategy ensures that we stay ahead of disruptive technologies and emerging threats through diversification and constant technical advancement,” Cronin said.

“In effect, our Platform aims to offer an adaptively layered approach to threat detection for the protection of weapon restricted buildings or venues anywhere on the planet – forever. This is an approach that we are finding resonates with our sales prospects as an effective long-term global business strategy.”

Patriot One’s security technology was actually developed at McMaster University in Hamilton, Ontario, using proceeds from NATO/NERC. It was there the company’s founders were able to test the Cognitive Microwave Radar, which now forms the basis of its weapons detection system.

The company, now based in Vancouver, is operating at the forefront of a fast-growing industry. The market for global threat detection systems is expected to exceed USD$163 billion by 2025, according to Zion Market Research, representing a compound annual growth rate of 12.8%.

Patriot One’s latest reseller agreements are valued in the millions but that’s only a drop in the bucket compared to where the market is headed. This isn’t anything to be excited about, but when it comes to saving school children and detecting explosives, someone has to do it… right?

Shares of Patriot One Technologies jumped as much 5% on Thursday, reaching a high of CAD$1.88. The stock has been chopping lower for the better part of four months amid rumblings that insiders were unloading their shares.

According to Simply Wall Street, insider selling picked up sharply at the start of 2019. Make of that what you will.

There could be other factors impacting PAT’s steady decline since the spring. The stock graduated from the TSX Venture Exchange to the Toronto Stock Exchange back in April, right around the time that share prices hastened their decline.

Keep in mind Patriot One Technologies is still a micro-cap stock, so wild fluctuations aren’t exactly out of the ordinary. At current values, PAT has a total market cap of around $250 million.

Focusing purely on business drivers, the company is clearly focused on expansion and is doing a good job at it. Less than two months ago, Patriot One announced a multi-year reseller agreement with a West Virginia-based security provider. Threat detection is big business and Patriot One has developed some powerful proprietary technologies that should give it first-mover advantage. But stockholders should still brace for volatility and lots of it.

Full Disclosure: Patriot One is an equity.guru marketing client. 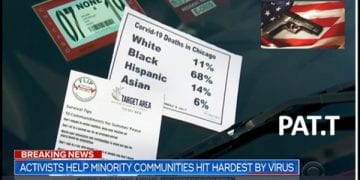