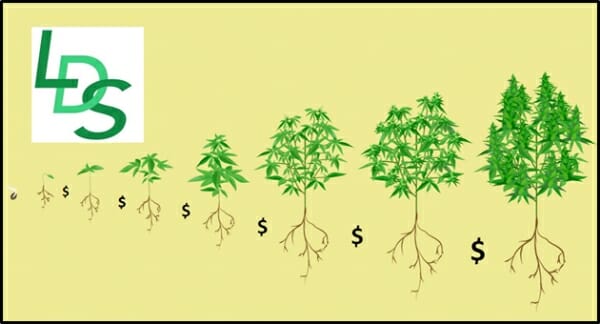 On May 23, 2019 Lifestyle Delivery Systems (LDS.C) announced that its 100% owned subsidiary, Agrotech – has planted 10,000 seeds on two acres of licensed outdoor cultivation in Sacramento, CA.

We’re going to circle back to those little seeds in a minute.

But first – full disclosure: LDS is a company that we root for.

Because it is a marketing client?

We prefer to collaborate with wildly successful companies, rather than abject failures.

But it’s more than that.

In a sector (cannabis) that is cluttered with flakes, nasty people and hype-merchants – LDS is a roll-up-your-sleeves-and-get-shit-done company.

How do you we know?

Yes, it’s easy to get mesmerized by the beauty of the machinery: 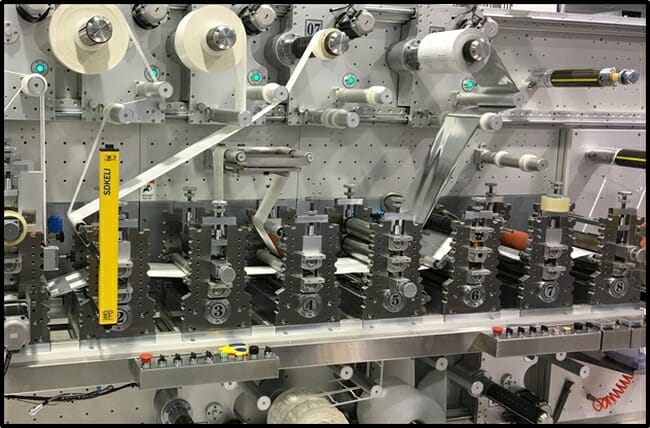 And the racks of distillate so pure & powerful – a tear-drop would put Snoop Dog in a coma: 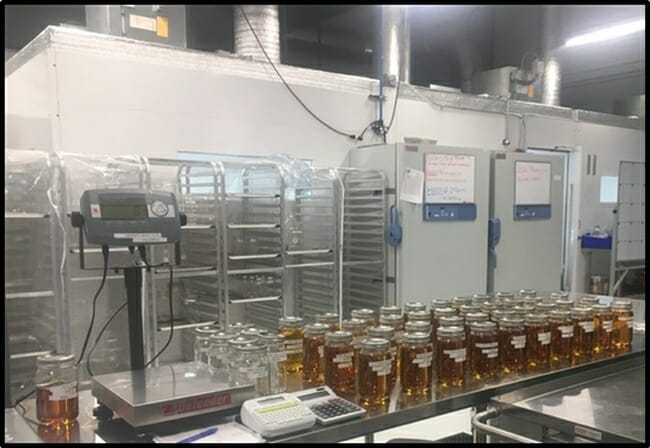 But the general cry from LDS investors has been: “Cool – where are fricken revenues?”

In fact, over the last few months anxious LDS shareholders have worked themselves into a furious tizzy  – finally succumbing to far-fetched conspiracy theories.

“I am convinced one of the bashers here called in the police raid,” stated one shareholder on an investor bull-board, “They are scum!”

They are an organic component of the small-cap eco-system.

At any rate, the fricken LDS revenues are here.

“Although it took most of the year to achieve revenue, the Q4 numbers are very encouraging,” stated LDS CEO, Brad Eckenweiler, “We believe that our numbers in 2019 will be significantly better due in part to anticipated tax reductions by both the City of Adelanto and the State of California.”

According to Eckenweiler, “The taxes on cultivation, manufacturing, transportation, distribution and sales in 2018 amounted to a significant portion of the cost of sales.”

Is current management using the company as an ATM?

For regular people (who type, bang nails, plant trees, shovel shit) those compensation levels may seem excessive, but in this world – the LDS crew may as well be church volunteers.

Having met the CEO, Eckenweiler on numerous occasions, our impression is that he is a company-builder not a blood-sucker.

Buried in the latest financials on Sedar, there is some evidence to back up that impression.

Admittedly the corporate structure is perversely complex – with LDS the parent company to a noisy nursery of bastard-offspring.

Let’s get back to those beautiful little seeds.

The two 1-acre farms planted the first of four crops for this cultivation season. This first crop planting of 10,000 auto flower seeds will be fully grown in 90 days.

The production projections for the farms this season are over 12,000 pounds of biomass. The farms plan to yield two full auto flower harvests and two full term harvests. The full-term harvest takes longer to grow and can be used for a wider variety of products.

“This phase opens up a lot of new doors to the products we can sell through our anticipated dispensary and its home delivery service,” stated Casey Fenwick, President of LDS, “Not only will it allow us to have more brands to sell, but it will also increase our margins within those brands.”

LDS strains are created to be genetically specific to the requirements of terpenes and cannabinoid profiles, both in variation and elemental structure, allowing for significant reduction of production cost as a result of extracting the exact formula from one plant vs many.

“The fact that we are capable of producing 4 crops from these farms in a single season is evidence of our projected efficiencies using our genetics,” stated Eckenweiler, “The greater value may be the certainty of our cost of goods and the purity of the bio-mass produced on these farms.”

Full Disclosure: LDS is an Equity Guru marketing client, and we own the stock.