Note: Unless stated otherwise, all currency figures are in US$

In February, Blue Sky Uranium (TSX-V: BSK; OTC: BKUCF) delivered a very positive Preliminary Economic Assessment (“PEA“) on the Ivana uranium-vanadium deposit at the Company’s 100%-owned Amarillo Grande project in Argentina. The after-tax IRR & NPV is 29.3% & $135M. The upfront cap-ex is estimated at $128M. Importantly, the all-in sustaining cost is estimated to be in the lowest quartile of the global cost curve, at $18.27/lb. The resource contains nearly 23M pounds uranium, plus 12M pounds vanadium. These indicative economics are based on just a 13-yr. mine life. The metrics are strong, but they could get even better. CEO Niko Cacos has stated in recent interviews that the next C$2-$3M capital raise (probably in May) will fund them into the 4th quarter, and pay for well over 100 shallow drill holes that could potentially double the resource size.

The Company is well on its way to a larger resource. On April 29th Blue Sky Uranium reported, “additional high-grade uranium & vanadium results from pit sampling carried out in the area immediately west of the Ivana Uranium-Vanadium deposit, at the Company’s wholly-owned Amarillo Grande Project in Rio Negro, Argentina. This newly-identified near-surface mineralization is open to expansion, as indicated on Figure 1, (https://bit. ly/2IZknLO) but drilling is required for further testing as the target zone is interpreted to be at greater depth in adjacent areas.”

Doubling the resource would provide a strong foundation for a blockbuster Pre-Feasibility Study (“PFS“) next year. Ultimately, management believes there’s potential for > 100 M pounds uranium, which might include > 50 M pounds vanadium. That would take longer to drill out, so I’m assuming a doubling in the next 9 months and a PFS completed in about a year from now. In my opinion, all else equal, a PFS could show an after-tax IRR > 35% and all-in sustaining costs of $16-$17/lb. The mine life could be extended to 20+ years, or annual production of uranium + vanadium in the initial 10 years could be significantly increased.

Therefore, if management is correct in their belief that a doubling of the resource is possible by 1H 2020, then the current market cap of C$20M = US$15M could be an attractive entry point. If over a longer time frame the Company could triple, quadruple or quintuple the current resource, then instead of bottom quartile costs, they could be looking at a project in the bottom decile. However, they don’t need to spend the time & money this year or next to get anywhere near 100 M pounds of uranium on the books. They have to deliver a strong PFS and then assess the uranium market at that time. If the market has improved, I think that Blue Sky could start production by 2022.

Uranium & vanadium prices over the past 6 months have had a negative impact on company share prices. Uranium bottomed at about $17.5/lb. in 2016, but rebounded to a bit over $29/lb. in Q4 of last year. Sentiment started to shift, momentum seemed to be gaining, but the spot price stalled. It now sits at close to $26/lb. Likewise, vanadium had a tremendous run, from about $3/lb. 3 years ago to just shy of $34/lb. in early November, 2018. Since then vanadium pentoxide (China price) has fallen to ~$12/lb., down 65%. As an aside, cobalt is off about 62% from its 52-week high last year. 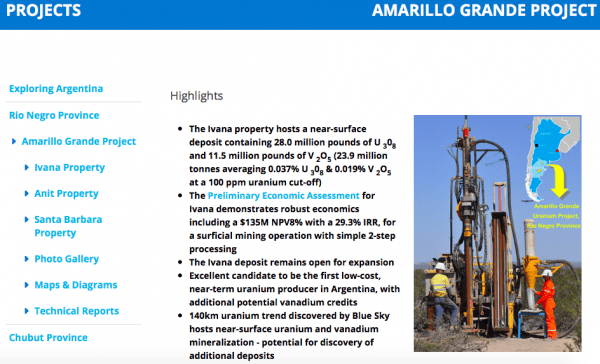 Most analysts & industry pundits believe that both vanadium & uranium prices are headed higher by year-end and higher again in 2020. For vanadium, a price between $10-$20/lb. could be the new normal. Blue Sky doesn’t need a high vanadium price, it’s just icing on the cake. At $10/lb., it doesn’t help project economics all that much. At $20/lb. it has a moderately favorable impact. The PEA uses a $15/lb. price assumption.

Everyone talks about the spot price when they discuss uranium. The spot price is ~$26/lb., but the long-term contract price is quoted at $32/lb. {See Cameco’s pricing page}. Notice that the spread between contract & spot prices over the past 4.25 years ranged from 7% to 89% and averaged 37%. Currently the spread is about 23%. All Blue Sky needs to start production early next decade is $10/lb. more in the spot price, which would likely translate to a contract price in the mid $40’s/lb. The Company doesn’t need that price this year, or even next year. Early 2021 would be perfect timing.

According to the PEA, Blue Sky’s Project has a 20% IRR at $40/lb., and that will likely improve in the upcoming PFS.

It’s not rocket science to understand why prices should rise… Utilities have been on the sidelines for years, buying in the spot market, letting uranium inventories shrink, because they are not worried about re-supplying. All of that will change beginning next year, and more in 2021-2022. In fact, in 2021-25 global utilities are most exposed to a potential spike in prices (they’re increasingly un-contracted). Blue Sky could time the market perfectly by commencing production in 2022. Of the 60-80 uranium juniors, how many could possibly be in production as soon as 2022? I’m thinking less than 6. Why so few? Most are at exploration stage in jurisdictions where it routinely takes 5 to 15 years to reach production, (if ever). Many can’t raise capital, so their projects are dead in the water.

And, for those who are more advanced, if they require a minimum of $50+/lb. to get off the ground, they could be stalled as well. Once the market realizes that a) uranium prices are headed higher, (but not necessarily to $50+/lb. anytime soon), b) an ideal time to enter production would be in the first half of next decade, and c) sustainable low cost & security of supply will be critically important — there could be a tsunami of capital pouring into just a handful of uranium juniors. Blue Sky Uranium would likely be one of the first to benefit. And, with a market cap of just US$15M, it could become an attractive takeover target.

I mention security of supply, the Section 232 Petition in the U.S. makes it clear that uranium imports into North America & Europe, are increasingly from State-owned or controlled enterprises in adversarial countries like Russia and its allies, or countries heavily influenced by China. Energy Fuels states in a recent press release that, “greater than 60% of newly mined uranium now comes from State-owned enterprises that unfriendly nations own or control.”

If or when the U.S., the largest consumer of uranium in the world, faces a challenge in obtaining uranium, even if it starts to look like there might be a problem…. utilities will be anxious to source uranium from safe havens. Argentina certainly qualifies as a safe haven. Management has been operating natural resource companies in Argentina for well over 20 years, they have extensive contacts and vast experience in the country. They believe that first production could be in 2021, I’m saying 2022 to be conservative. Whether it’s 2021, 2022 or 2023, that’s still near-term production compared to the vast majority of uranium peers, most of whom need $50+/lb. uranium or are in jurisdictions known to take a long time to advance projects into production. 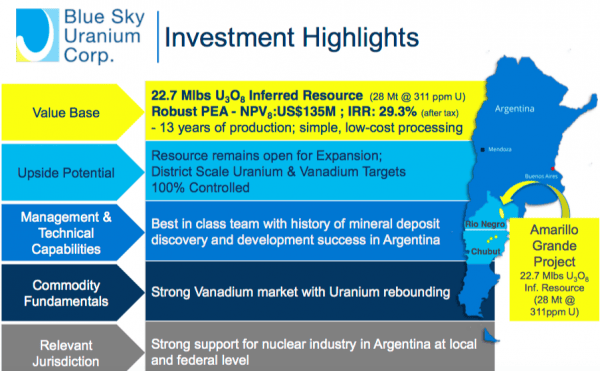 Fewer than 6. That’s right, I said fewer than 6 uranium juniors could reach production by 2022, if the long-term contract price remains below $50/lb. Think about that for a moment. By contrast, there are over 300 cannabis-hemp related companies listed in Canada and/or the U.S. A lot of those companies will be viable or will be acquired. It’s really hard to pick the best cannabis plays, but if one wants to place a bet on uranium, Blue Sky Uranium deserves to be high on the list of names to consider.

Disclosures: The content of this article is for information only. Readers fully understand and agree that nothing contained herein, written by Peter Epstein of Epstein Research [ER], (together, [ER]) about Blue Sky Uranium, including but not limited to, commentary, opinions, views, assumptions, reported facts, calculations, etc. is not to be considered implicit or explicit investment advice. Nothing contained herein is a recommendation or solicitation to buy or sell any security. ER] is not responsible under any circumstances for investment actions taken by the reader. [ER] has never been, and is not currently, a registered or licensed financial advisor or broker/dealer, investment advisor, stockbroker, trader, money manager, compliance or legal officer, and does not perform market making activities. [ER] is not directly employed by any company, group, organization, party or person. The shares of Blue Sky Uranium are highly speculative, not suitable for all investors. Readers understand and agree that investments in small cap stocks can result in a 100% loss of invested funds. It is assumed and agreed upon by readers that they will consult with their own licensed or registered financial advisors before making any investment decisions.

At the time this article was posted, Peter Epstein owned no shares of Blue Sky Uranium and Blue Sky was an advertiser on [ER]. Readers understand and agree that they must conduct their own due diligence above and beyond reading this article. While the author believes he’s diligent in screening out companies that, for any reasons whatsoever, are unattractive investment opportunities, he cannot guarantee that his efforts will (or have been) successful. [ER] is not responsible for any perceived, or actual, errors including, but not limited to, commentary, opinions, views, assumptions, reported facts & financial calculations, or for the completeness of this article or future content. [ER] is not expected or required to subsequently follow or cover events & news, or write about any particular company or topic. [ER] is not an expert in any company, industry sector or investment topic. 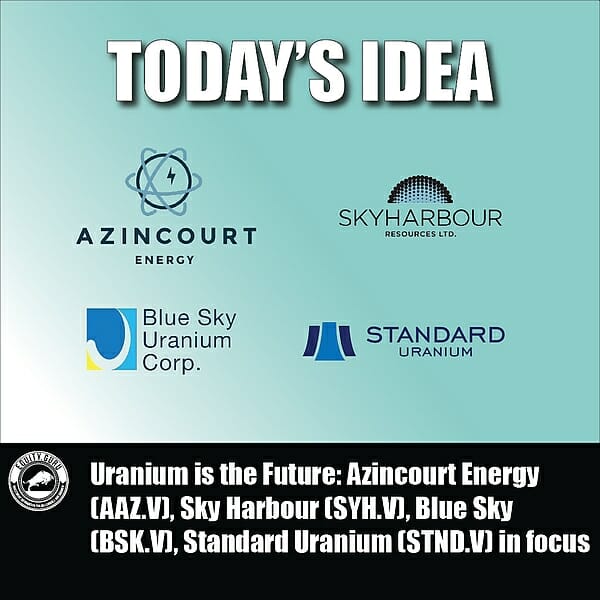 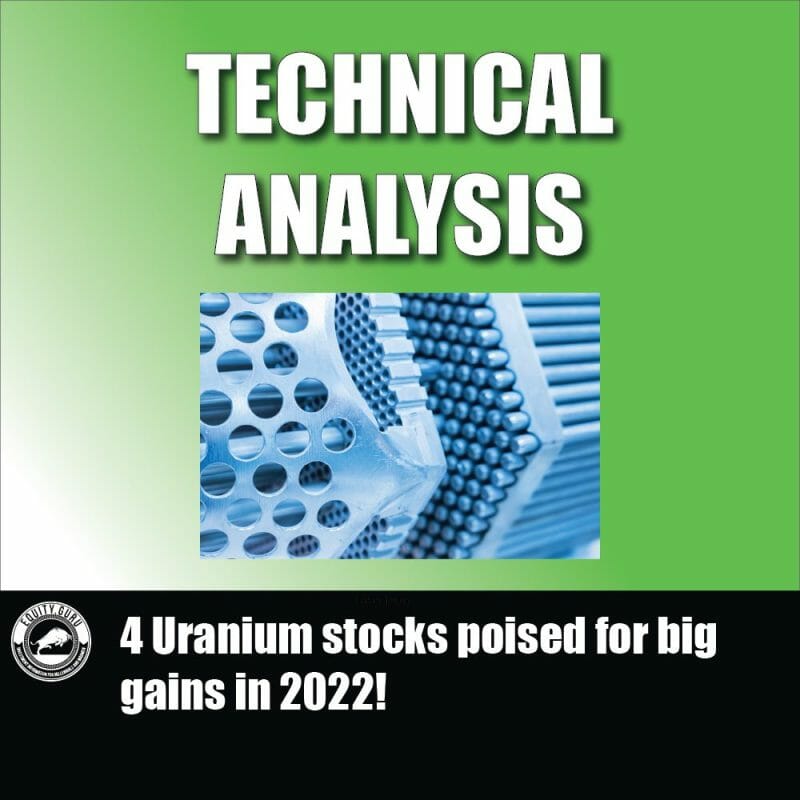 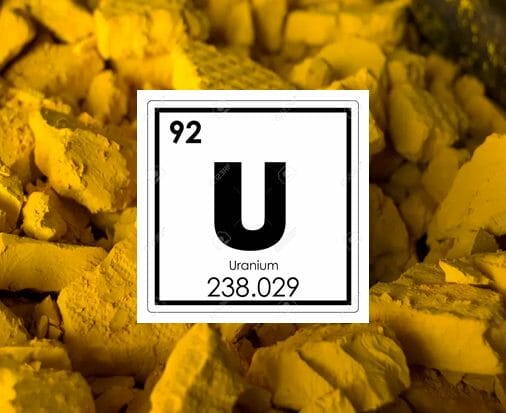 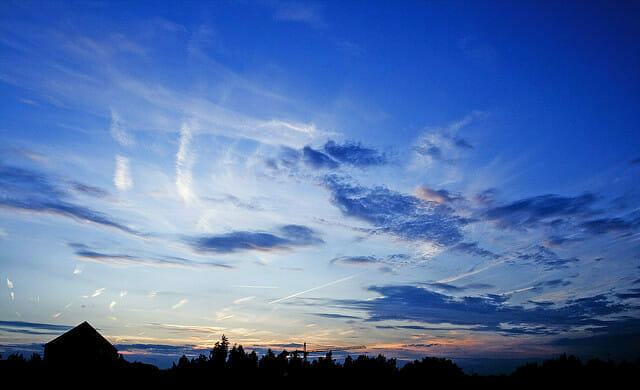 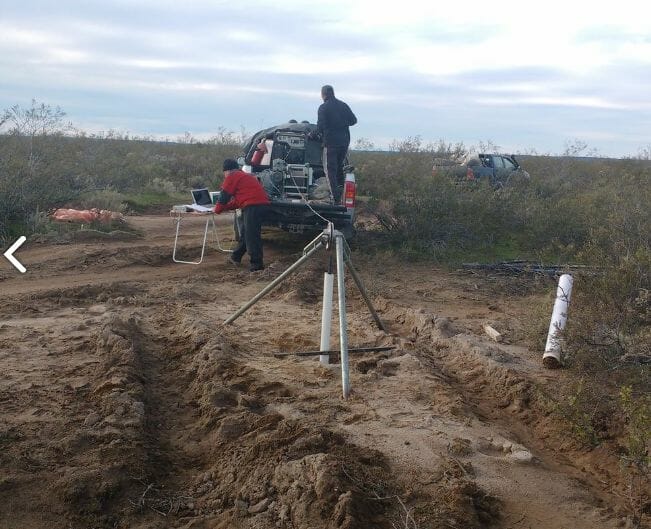