It’s been some tough sledding in the oil sector of late. Just when you think it’s formed a meaningful bottom, it pushes lower, testing the nerves and conviction of traders and investors alike.

Positive fundamental factors including OPEC+ production cuts and supply disruptions out of Libya are duking it out with concerns over a commercial crude stock buildup and the potential for a global economic slowdown. So what else is new?

The market loathes uncertainty. The price: shares of good quality oil and gas producers, both big and small, are getting shit-kicked. The potential: this could be one of the better opportunities we’ve seen in years to acquire quality co’s on the cheap.

International Frontier Resources (IFR.V), through its joint venture company Tonalli Energia, a partnership with Mexican petrochemical leader Grupo IDESA, stands as one of the first foreign companies to participate in Mexico’s Energy Reform of its oil and gas sector.

In a recent development, IFR entered into an agreement with IDESA to acquire a 100% stake in Tonalli Energia by purchasing all of the outstanding shares held by the senior company.

The agreement also aligns both the company’s interests to build IFR into an energy leader in Mexico.

A proper review of IFR, and all of its inner workings, can be found by engaging the following links:

International Frontier (IFR.V): TEC-10 and TEC-11 update (yet another one by Dirk)

IFR’s current focus is on TEC-11, the company’s first horizontal well in a potential multi-well plan to develop the northern extension of the Tecolutla field.

Information gathered recently from the TEC-10 vertical well, including permeability, porosity and pressure data, indicate that the reef at Tecolutla is capable of high deliverability.

IFR management, fully aligned with shareholders owning roughly 32% of the outstanding common, deliver regular progress reports regarding drilling operations at Tecolutla (not every publicly traded company is this accommodating, particularly in the resource arena).

This news release states that the TEC-11 horizontal well has been drilled to a depth of 3283 meters.

“The well was landed horizontally in the Cretaceous aged El Abra formation limestone. A total of approximately 670m of measured length of Cretaceous limestone was drilled before the total depth was reached. Oil shows were encountered during drilling.”

“A 4.5-inch production liner has been set and cemented to 2865m MD. Based on Logging While Drilling (“LWD”) Gamma Ray and Sonic log tools and drill cuttings descriptions, the cased portion of the TEC-11 well Is interpreted to be in an interval similar to what was produced in the offset TEC- 2 well.”

“Tonalli is currently planning a perforation, stimulation and flow-testing program for TEC-11. This program is expected to commence in the New Year following which Tonalli will provide a comprehensive update on the results of the production test.”

The company also updated progress at its TEC-10 well which is currently producing at an average rate of 156 barrels of oil per day:

“Tonalli has now received its first payment from PEMEX for oil shipped from its Tecolutla field. Tonalli’s TEC-10 producing well averaged 156 barrels of oil per day in October and November at an approximate average crude sales price of USD$64.73 per barrel. Initial operating costs averaged USD$17.39 per barrel with an expectation that these costs will continue to be reduced as production moves from rented equipment to permanent facilities, improved water handling and operational efficiencies. Operating netbacks for the two months averaged USD$20.12 per barrel.”

On the subject of oil sales, it’s important to note that Mexico’s light oil is of superior quality and demands a price premium to WTI (West Texas Intermediate).

In running due diligence on a company, it’s critical that you take a close look at management. Is management competent? Have they registered a solid track record of success in the sector? Do they possess the necessary skill sets to execute with efficiency? These are the questions…

The answers to the above queries often mean the difference between success and failure.

IFR’s team, led by CEO Hanson, has proven itself worthy time and again.

International Frontier has roughly 151 million shares outstanding giving it a current market-cap, based on recent trading patterns, of approximately $16.6M. That’s an extremely modest valuation, one unlikely to last.

Postscript: the company’s website offers a very good glossary of oil and gas terms. You can find it here. 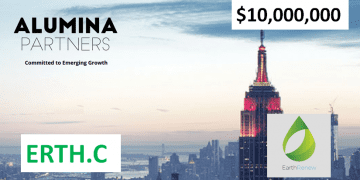