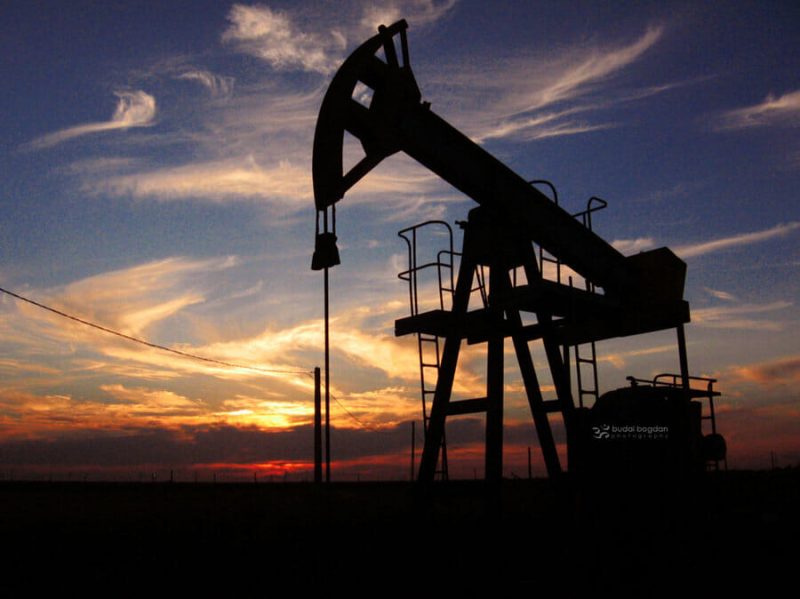 International Frontier (IFR.V), a first-mover in Mexico’s energy reform, is kicking development into a whole new gear on its Tecolutla block.

Tecolutla is located on the Tampico-Misantla Basin, a prospective onshore ‘Super Basin’ with huge unconventional oil and gas potential. 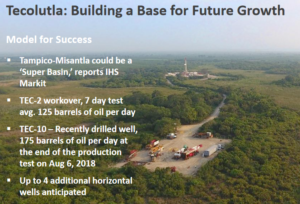 A little back ground…

Investing in Mexico’s energy reform represented an unparalleled opportunity for IFR. ‘No market in the world holds greater potential for companies to acquire, develop and produce existing oil and gas assets.’ 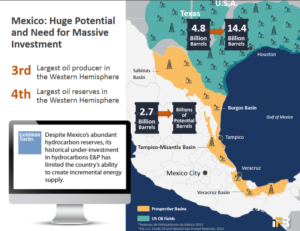 IFR’s joint venture partner in developing Tecolutla is Grupo IDESA, one of the largest petrochemical companies in Mexico. The name of this JV is Tonalli Energia, and it’s a 50/50 arrangement.

Aside from gaining entry into an underdeveloped mature field with huge upside potential, IFR’s first-mover status gives the company an inside track on future auction rounds.

Building a base for future growth at Tecolutla: 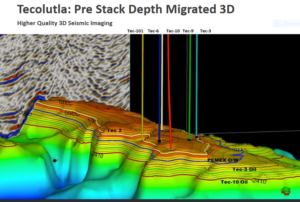 The past six months have been a real roller-coaster for the company, and a classic comeback story highlighted by the following news releases and Equity Guru articles…

It was the July 23rd news release, highlighted above, which triggered the wild ride initially. The highly anticipated flow rates on the company’s TEC-10 well came in below projections. It was a crap piece of news to drop on the market. But all of a sudden, the pressure picked up and the oil began to flow. Note the rising red, green and purple lines (gas, oil and tubing pressure respectively) on the chart below…. 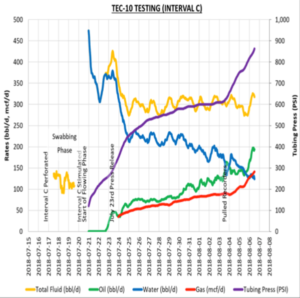 Late last month, Mexican President-elect Andres Manuel Lopez Obrador (AMLO) assured oil companies operating in Mexico that their investments were safe, as long as they were in compliance and everything was in good standing. In the months leading up to the election, no such assurances were given. There were rumblings coming out of the AMLO camp – it appeared that no one was safe.

A collective sigh of relief was felt by all after ALMO’s announcement.

On September 26th the company entered into a share option agreement with Grupo IDESA, its joint venture partner. This agreement allows IFR to purchase all of IDESA’s outstanding shares in the joint venture company, Tonalli Energia.

Under the terms of the Option Agreement, IFR’s wholly owned subsidiary has the right to acquire the outstanding shares of Tonalli held by IDESA prior to the expiry date of September 25, 2020 upon payment of the exercise price in the amount of 70,000,000 common shares in the capital of IFR (“IFR Shares”), less the number of IFR Shares issued to IDESA (up to $1,000,000) pursuant to the Future Private Placement.

“The signing of this Option Agreement is a major milestone and solidifies IFR’s relationship with IDESA. This next step in our established partnership firmly aligns IFR’s and IDESA’s interests in the Mexican upstream business and significantly broadens IFR’s access to investors and capital markets in Mexico.”

Then, on October 18th, IFR reported that it was preparing to drill TEC-11, its first horizontal well with a lateral extent of up to one kilometer: 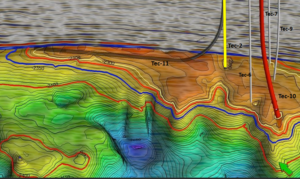 In order to cut costs and maximize efficiencies, the company will utilize their rebuilt TEC-2 pad field for TEC-11… 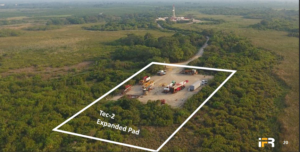 TEC-11 is only the beginning. The company envisions a multi-well drilling program for the Tecolutla block. Information gathered from Tonalli’s recently drilled TEC- 10 vertical well, including permeability porosity and pressure data, indicate that the reef at Tecolutla is capable of high deliverability.

International Frontier currently has 151 million shares outstanding. Based on its recent close (Friday, Oct 19th), IFR sports a modest market-cap of roughly $19.6M. Significantly, management has plunked their money down, some 32% worth, right alongside yours. This ownership alignment should inspire confidence among current shareholders.

The company is making strides and may find a whole new gear with TEC-11.

Full disclosure: IFR is an Equity Guru client. We own stock.