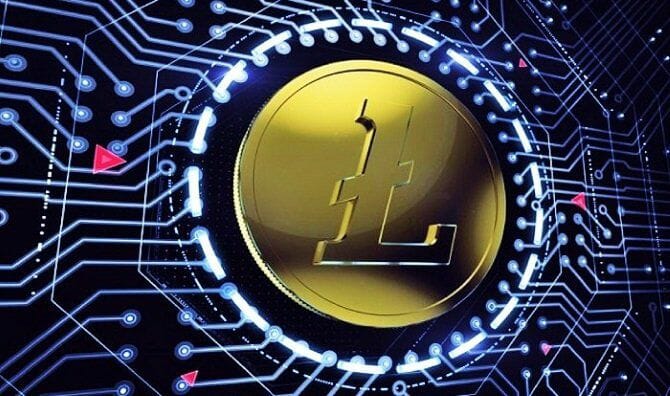 Cryptocurrency Guide for the Perplexed: Litecoin

Litecoin is one of the original cryptocurrencies.

We could call it a First Generation cryptocurrency alongside Bitcoin, Ethereum, Dogecoin, XRP and if you want to stretch it some, maybe Dash and Bitcoin Cash.

It’s been around since 2011 when Bitcoin mining was mostly done from your mother’s basement on a series of networked computers, each spitting out a ridiculous amount of coins at a not exactly negligible cost. But it was still profitable and therefore worth it, unlike today.

Some of the particular issues this raised included the high barrier to entry, which seems amusing now but you’ll have that, but it was a big deal then. Resources required for mining with your home computer were swiftly becoming obsolete and useless for mining, and a new alternative became necessary.

Hence, Tenebrix was born. Tenebrix replaced the SHA-256 (SHA means Single Hash Algorithm – and the 256 is the hash value – at 256 bits. Just FYI) in Bitcoin’s mining algorithm with function, which made Tenebrix effectively resistant to GPU mining, and therefore to use the available CPU resources from BTC miners.

Tenebrix came from another cryptocurrency which replaced BTC’s issuance schedule with a constant block reward—which effectively made completed supply unlimited. The developers also included a backdoor in the code that let them take 7.7 TBX for themselves, and users didn’t like that.

Enter Charlie Lee, a former Google employee who would later become Engineering Director at Coinbase (and take over as head of Litecoin), who created an alternative version called Fairbrix. Litecoin eventually inherited the mining algorithm from Fairbrix, but returned to Bitcoin’s limited money supply idea with some more differences.

Here are some of those noteworthy differences.

Eventually, the evolution led to where Litecoin is right now. Lee released Litecoin through an open-source client on Github on October 7, 2011, and the network went live two days later.

In November 2013, Litecoin enjoyed a 100% bounce within 24 hours, and ended up jumping over the $40 mark on the back of Bitcoin’s then record surge. This is decently common for LTC, which like many other of the altcoins, is highly correlated with Bitcoin’s price movement.

Those were pretty much the good old days.

Nowadays the prospects of Litecoin doubling aren’t exactly great. It did manage to hit a new all-time high right about nine months ago, which loosely corresponded to Bitcoin’s bull run, but as cryptocurrencies age, volatility generally decreases. It’s also just not that popular anymore as other coins with their fancy smart contract functionality, and NFT capabilities, have taken over the limelight.

One of the key and most noteworth differences between Bitcoin and Litecoin is the consensus mechanism. They both use Proof-of-Work mining, which in Bitcoin is the wall-to-wall ASIC rigs gobbling up enough energy to fuel entire countries, but in Litecoin it’s a bit different. It’s less resource-intensive, for one.

Scrypt is what’s called a password-based key derivation function. It was developed for use in the Tarsnap online backup system and it’s designed to be far more secure against brute-force attacks than alternative functions.

As stated above, it was designed by Charlie Lee, but specifically it was to make large-scale, custom-build hardware attacks on the currency harder. Lee tweaked the design on his mechanism to make ease off the hardware arms race, and as regarding the reliance on ASIC rigs, he succeeded in part. But ultimately failed when it came to GPU’s, which meant more RAM was required, and therefore, better GPU’s would have to be employed.

Litecoin became one of the first of the top 5 by market cap currencies to adopt segregated witness soft fork (SegWit). SegWit was a protocol instituted in 2017, primarily for Bitcoin, which sought to increase block size and space by eliminating some of the odds and ends taking up space in the block. Kind of like giving the blockchain the Marie Kondo treatment, except rather than eliminating items that don’t spark joy, the eliminated items were meant to speed up the validation process by storing more transactions on a block.

The number of transactions conducted, represented by the blocks, had been weighing down Bitcoin’s network and caused delays in processing and verification of transactions. That mean it took hours to confirm the validity of a transaction, and without SegWit, Bitcoin transaction validation would have been reduced to a crawl.

The same was true for Litecoin.

Later that year, the first Lightning Network transaction would be completed using Litecoin, exchanging 0.00000001 LTC from Zürich to San Francisco in under one second, and three years later in 2020, PayPal started allowing transactions to happen in LTC.

MW is the latest proposed network upgrade. It’s a feature that structures and stores information on a blockchain to allow for privacy and scaling. What it does is produce a more combat way of recording transactions, making the data going on the blockchain smaller, and thereby faster to download, synchronize and verify.

Consensus is still acquired the same way, and the block and transaction data is still verified and confirmed, but each block consists of multiple transactions that do not reveal the details of each transaction—therefore, there’s no identifiable trail linking input with output on the blockchain.

There’s been a big push towards increased privacy given all the regulatory attention blockchain technology (and specifically Bitcoin) has been getting over the past few years. Now folks are beginning to look askance at the transparency feature of blockchain tech—that once provided a visible record and ensured fair dealing—but also now means anyone from governments to that guy on twitter can see what you’ve bought. And act accordingly.

There’s been a growing sentiment towards not only presenting users with a high degree of privacy, but also adding the fungibility required to provide a coin with the anonymous properties of cash. The Litecoin Foundation is hoping to provide that change.

Then, of course, there’s Litebringer.  The text based click and play they came out with in 2020.  It’s simplistic, but strangely addictive, and may be the most curious thing about this whole coin and the foundation that hosts it. If it seems peculiar and even slightly irreverent to go from something heavily technical to something light—that’s more or less by design.  Litecoin does that and why shouldn’t we?

Here’s what we wrote about it shortly after it came out:

“Litebringer is technically a decentralized application. It’s one of those click-heavy scrolling time-wasters that you alt+tab back to when your boss isn’t looking. You build heroes and you send them on quests and they gobble up your day while you wait for 3 p.m. to come around. Except this clickthrough game is a little different in that it’s played not only the litecoin blockchain, but in actual litecoin. And you can make litecoin by playing it.”