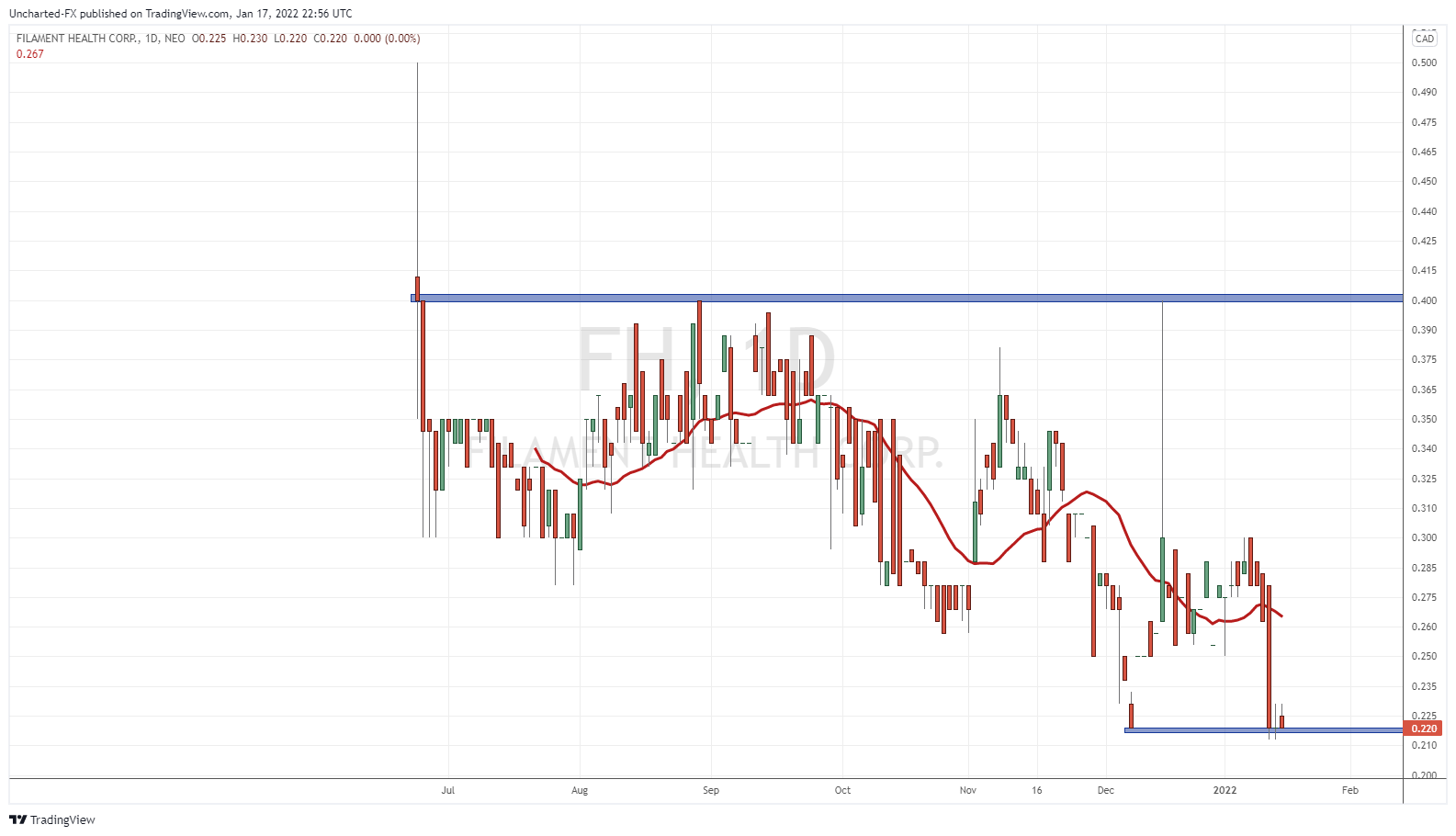 The last time I spoke about them, the stock had a wild day. A 50% pop on no news. We were hoping that price action may have paved the way for a major resistance breakout. Unfortunately, the stock did not sustain the epic price action.

On January 13th 2022, Filament Health saw 300,000 plus shares traded and a big red -16% day. Ouch. That price action took us into new record low territory, printing a new low at $0.215. But I don’t want to just single out this company, Psychedelics in general have been getting smashed. Last week I spoke about MYND Life Sciences and the Psychedelics ETF. I am going to bring those ETFs up again, but the same reason to buy still stands. If you are a big believer in Psychedelics for the long term, this is definitely an opportunity to pick up some good deals.

Filament Health has been doing things and have been putting out consistent news. It is just the overall sector drop that is impacting the stock. Recent news regards Filament Health and Cybin Therapeutics announcing a licensing agreement. Filament will license PEX010, its proprietary botanical psilocybin drug candidate, to Cybin Therapeutics for use in two upcoming Phase II clinical trials awaiting Health Canada approval. The financial terms were not disclosed.

“This agreement with Cybin Therapeutics demonstrates Filament’s ability to license our technology and facilitate our partners’ trials,” said Filament Chief Executive Officer, Benjamin Lightburn. “Our mission is to support the treatment of mental health conditions through the discovery and delivery of exclusively-natural psychedelic medicines, and we are proud to aid CT’s efforts. We view this as the first of many agreements in a long partnership.” 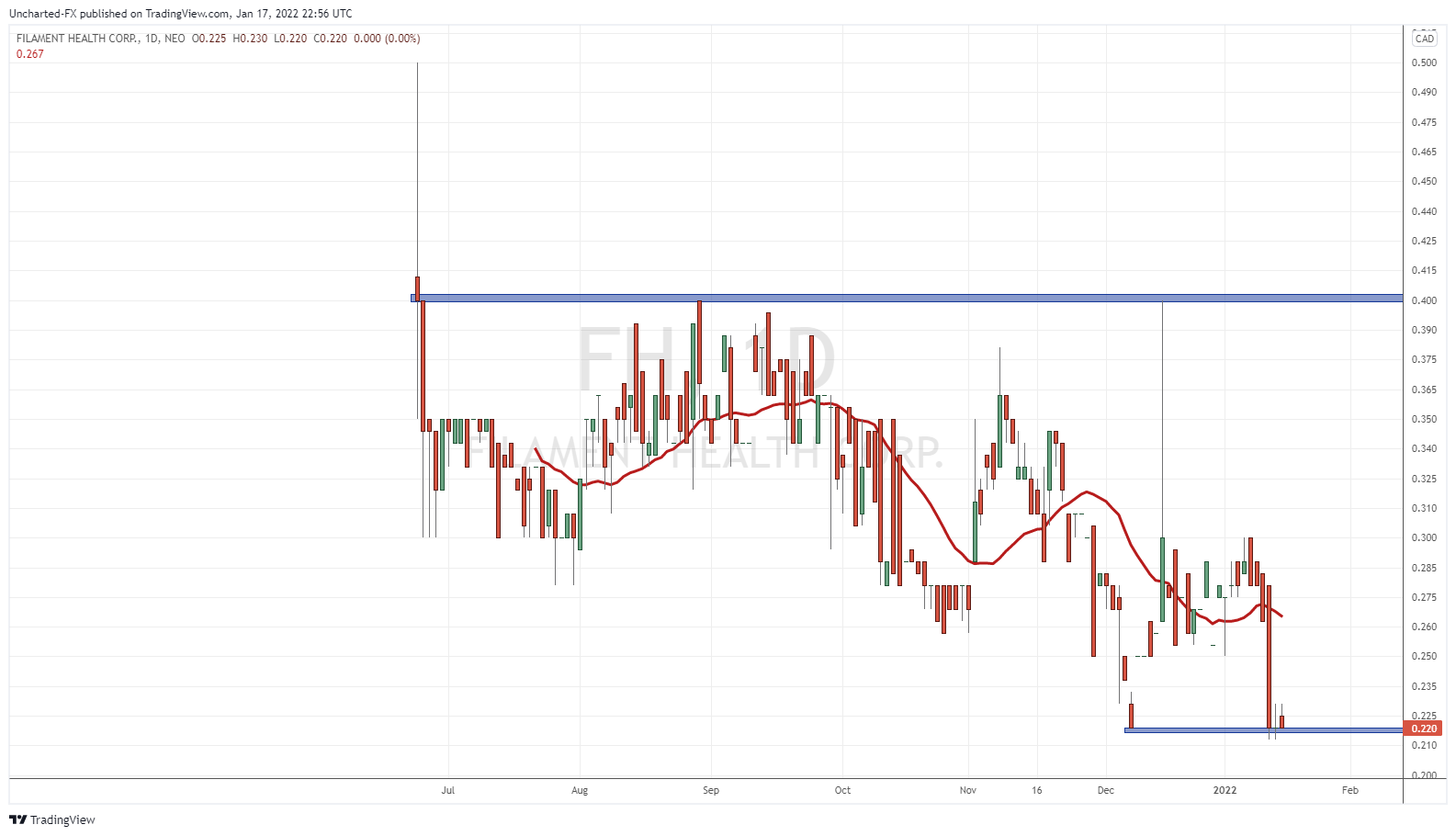 Chart wise, we are hovering above recent record lows. There is a chance of a bottoming here, but we would want to see more signs of bottoming. Preferably a well developed range indicating that selling pressure has exhausted. I do like the doji candle that we printed the day after the big drop. Also, the fact that we did not continue lower with a large drop like that on momentum is good news in itself. Let’s wait for a range to develop, and then play the breakout. Or… 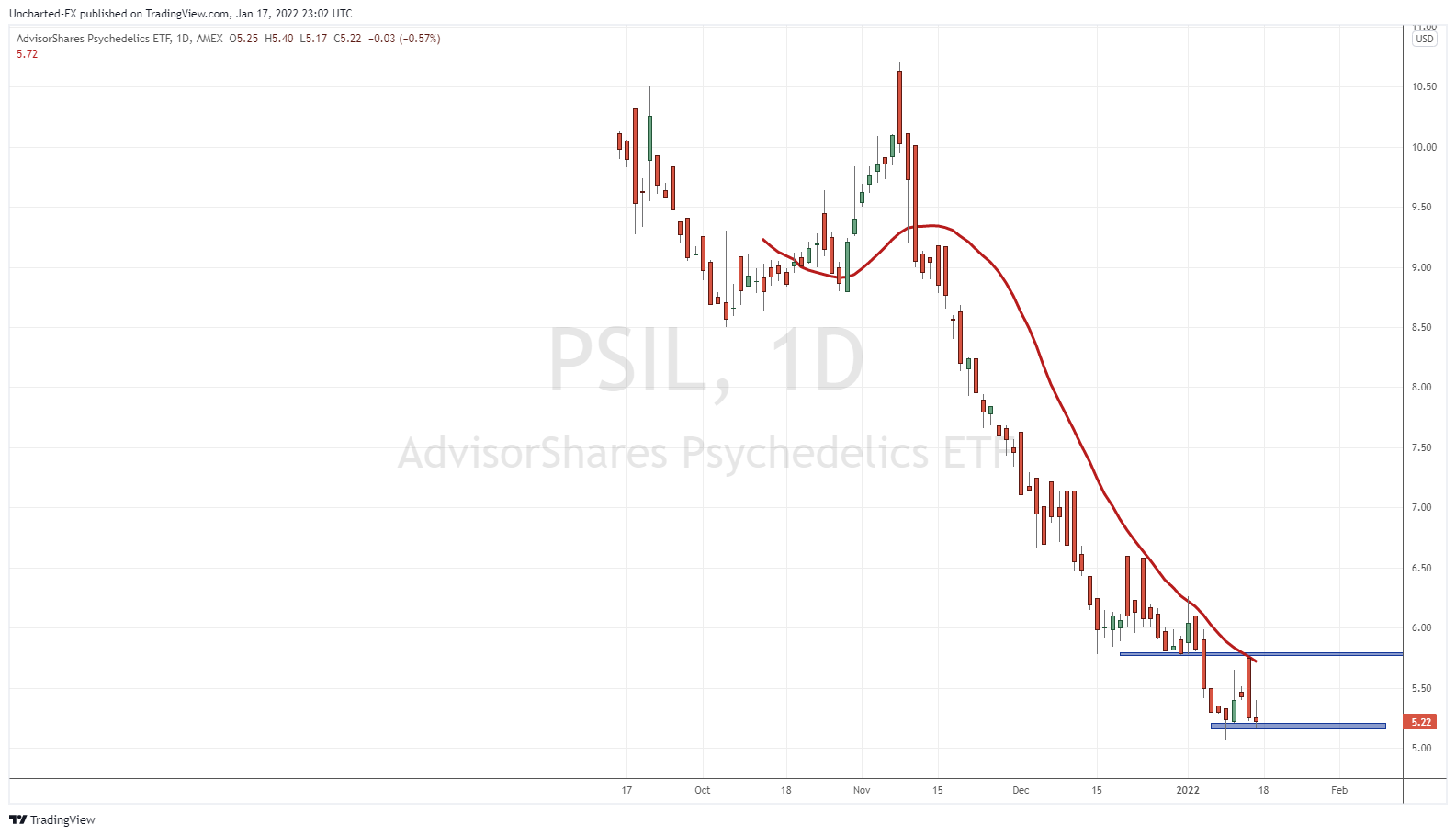 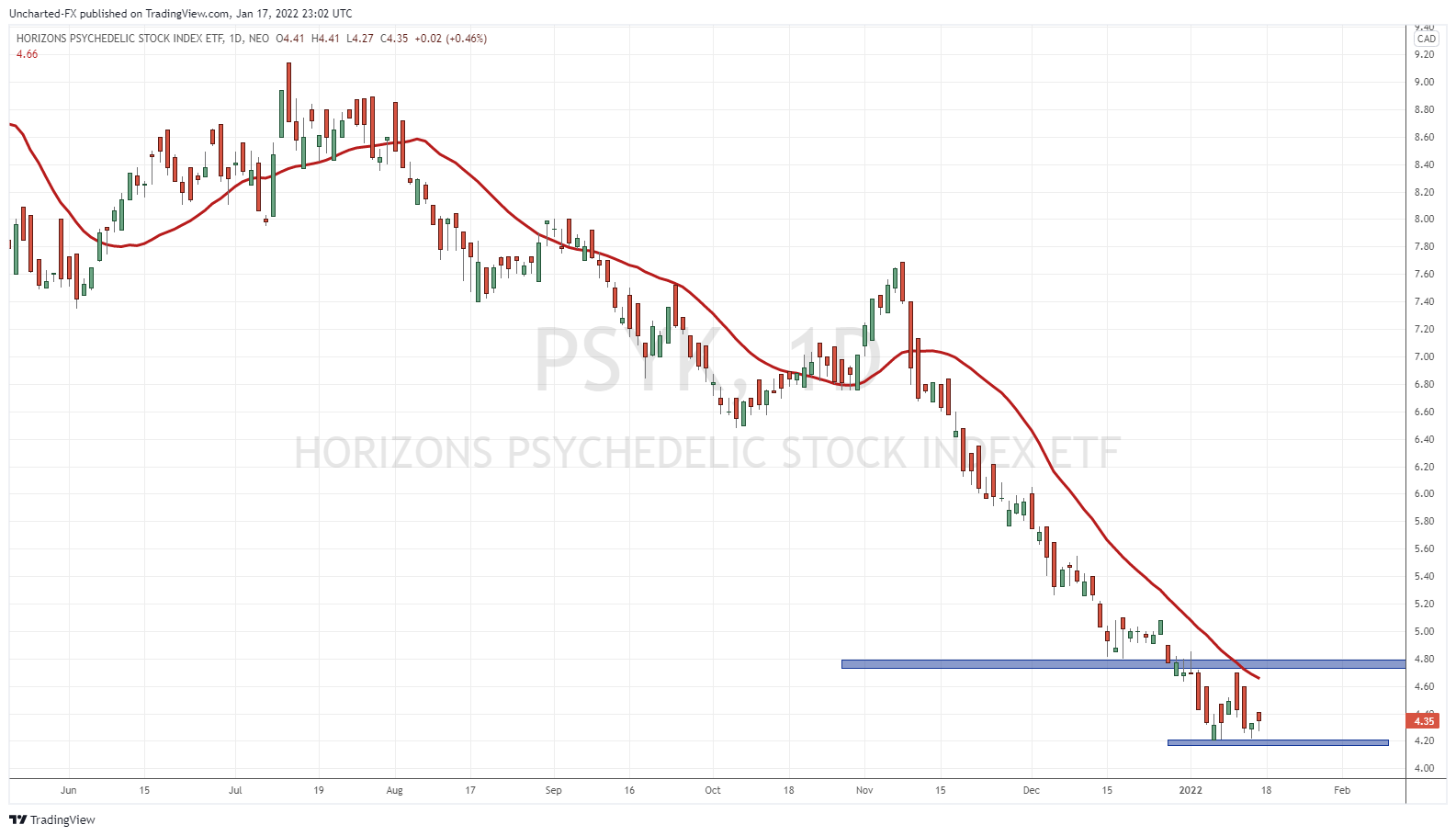 Watch the psychedelic ETFs which have also been weak. Some positive signs of bottoming though. Both ETFs could double bottom here. A “W” shaped reversal pattern. The breakout trigger for these patterns would be a break and close above $5.80 for PSIL and a break and close above $4.75 for PSYK. If we get these breakouts, FH will surely have bottomed and also confirm a breakout.

The ETF pattern confirmations would mean the downtrend is finally over, and we should be anticipating a new uptrend reversal with multiple higher highs and higher lows. Filament Health and many other psychedelic stocks will benefit and reverse. As things stand, psychedelics look very cheap compared to everything else in the markets. A reversal could soon be in the cards.