There are many cases in today’s market of investors allowing their mob mentality to inefficiently price securities in the public auction market. Sir John Templeton, speaking on market volatility put it succinctly:

“The first rule of investment is ‘buy low and sell high’, but many people fear to buy low because of the fear of the stock dropping even lower. Then you may ask: ‘When is the time to buy low?’ The answer is: When there is maximum pessimism.”

In the specialty pharmaceutical sector, no better graph showcases this mob-minded hysteria and pessimistic behavioral bias like the Medexus pharmaceuticals (MDP.V) stock chart for the last year.

As you can see from the price action above the common was trading at a healthy bid of $9.70 per share in mid-March of this year and was trending upward as the company approached its earnings release in April. Since that February high the stock lost its gas and traded in the $7 to $8 range for a good 6 to 7 months of the year. Eventually, the stock broke this trend gapping on high volume in August dropping to $2.92 per share at the time of writing.

The company’s ‘stock’ has not recovered since its August drop of almost 60% and is down year to date by about 55%. This discount in the company’s auction valuation, by at least 50%, was due to a few reasons that the companies’ operators have outlined religiously and clearly in their quarterly reports (Quarter Ended Sep 30, 2021) and their shareholders/analyst call on September 16, 2021.

The management team has communicated that they believe that the drop in the stock was mainly due to (1) the complete response letter (“CRL”) from the U.S. Food and Drug Administration (“FDA”) not approving the New Drug Application (“NDA”) for treosulfan in the United States, (2) the short-term drop in net sales because of the IXINITY inventory oversupply issues and finally (3) the delay(or the in the air status) of their previously announced NASDAQ listing.

These short-term headwinds have caused the auction market to cast its dark clouds over the MDP common, not including the “buy the basket” mentality that the market has when it comes to pricing pharmaceutical companies, ignoring the qualitative and quantitative aspects of each individual company.

It would be fun to tell you to look at the stock price and make some sort of prediction of what the future holds for the company but personally, I feel that this sort of speculative activity should be left for “the ponies” as it is virtually impossible for such operations to be profitable in common stock analysis. I would rather look at what the business underlying the securities is doing instead of trying to predict where the market is going to take the stock, and that’s exactly what we’re going to do.

For those who are not fully aware of who MDP is, and what a specialty pharma company is, I will try to give a brief introduction about their business model and the core portfolio of products. Hopefully, this aids you in your own personal analysis of the MDP common.

It is worth considering what an ideal business may look like. In my view, it would embody the following characteristics

No business would ever embody all these characteristics, but it is a great starting point for anybody looking for a firm that is able to reinvest capital at high rates of return back into the business increasing the intrinsic value and thus your common stocks’ capital appreciation over time.

For a pharmaceutical company, the key variables might be the (1) patent life of its marketed drugs, (2) the possible impact of competitive entry on them, (3) the addressable market for the drugs in the company’s pipeline, and (4) the probability of success of those drugs.

MDP has ‘cut out’ the probability of success hurdle (4) by focusing on the therapeutic areas of rheumatology, transplant, auto-immune disease, hematology, and allergy products that are late-stage or already commercialized. This business model bypasses the risk and reward profile of the typical pharmaceutical model where the focus is on research and development.

In traditional terms, the pharmaceutical industry’s current business model is made around blockbuster drugs and is referred to as the Blockbuster business model. The mass market is the main target of this business model with an expectation to bring revenue from high sales.

The main uses of these drugs are for the treatment of common medical issues such as diabetes, asthma, high blood pressure, cancer, and high cholesterol, etc. The blockbuster business model of pharmaceutical companies is focused on investing a significant amount of capital into in-house R&D activities, to search different, usually, dead-end projects with the hope of turning a few of them into successful blockbusters that generate high returns.

PricewaterhouseCoopers (refers to the network of member firms of PricewaterhouseCoopers International Limited, each of which is a separate and independent legal entity) published a white paper in June 2007 where they predict that, by 2020, this model will no longer work for many organizations. MDP utilizes a renewed commercialization model that has come up because of the changing relationship between patients, physicians, and payers and the succeeding shift in influence; increased payer and patient decision-making power; and the need to efficiently demonstrate economic value.

The products that the MDP currently distributes originate from transactions whereby the firm either in-licenses products that enable it to register the drug products with Health Canada or the FDA to commercialize them or through outright acquisitions.

Two of these drugs are their IXINITY and Treosulfan products that we mentioned earlier that caused a shock to the common stock although the rest of their core portfolio of products have continued to grow their sales volumes. For example, their Rupal unit sales are up 33% for the trailing twelve months ended September 30, 2021, although the product has been in the market for about 4 years now.

The IXINITY line has experienced a temporary decline in ex-factory sales as pharmacy and wholesaler customers continue to work through excess inventory. Ironically the patient unit demand for IXINITY increased over the last 2 quarters as the company adjusted its supply channel issues. The hemophilia B (IXINITY) market size in the United States alone is estimated to be more than $US1 billion and continues to grow giving them a healthy tailwind to improve sales I the near future.

As the distribution channel normalizes there will be a significant net benefit in the company’s revenues and margins as they apply their supply chain improvements strategies. There will also be a reduction in the R&D spend, which has been higher than normal over the last few quarters, on the product as the firm winds down its ongoing Phase IV clinical trial to evaluate the safety and efficacy of IXINITY. They expect the trial to be complete in June of 2022.

During the period ending March 31, 2021, the MDP entered a license to commercialize Treosulfan in the United States with Medac. On August 2, 2021, the company received notice from Medac that it had received a complete response letter from the FDA with respect to the new drug application for the use of Treosulfan in the United States. The FDA was notifying the strategic partners that it would not approve the NDA. The FDA did however offer recommendations on how the firms could address the outstanding issues. The primary issue was around the establishment of added clinical and statistical analysis relating to the primary endpoint of the completed Phase III study. The kicker is that these recommendations have been covered by Medac’s existing development plan for Treosulfan.

MDP and Medac are moving forward with the FDA to meet the agency’s requests and a Type A meeting with the FDA has been scheduled to occur on November 23, 2021. A Type A meeting is a meeting that is “immediately necessary for an otherwise delayed drug development program to proceed.” This type of meeting refers to meetings to resolve disputes, talk about clinical holds, or the need for special protocols. From these meetings, the FDA would usually pick between a class 1 or class 2 response for resubmission.

A class 1 response comes with a two-month turnaround instead of the standard 6-month response for a class 2 response. The FDA issues a class 1 response because the resubmission is for something minor like a product labeling issue, or a need for commitments to do post-approval studies. There are obviously no guarantees for an FDA approval, but minor issues are usually easily cleared up and the common stock of pharma firms that have received a class 1 response have usually shot up on the news. The worst-case scenario here would be a class 2 response that would take an extra four months to resolve.

As the company continues to build out its U.S. platform, it announced a listing on the NASDAQ to gain exposure to the institutional investors in the US. But the delay of Treosulfan and the short-term distribution issues have caused speculators to sell out of the stock as they feel there is no viable catalyst for the previously announced listing. As usual, I feel this might have been an overreaction by the market.

In perpetration for this listing, the firm has hired Marcel Konrad as the new Chief Financial Officer. Marcel brings over 20 years of accounting experience, financial acumen, and business intelligence all from various global markets, including the United States. He came from CareDx a NASDAQ-listed precision medicine enterprise where he worked as the Senior Vice President of Finance Accounting and Vice President, Corporate Controller since 2018, including a period of acting CFO in early 2021. Ken d’Entremont, CEO of MDP, stated in the Q1 2022 Earnings Call, Aug 17, 2021, that,

“Marcel’s experience will undoubtedly be valuable for our company as the U.S. becomes an increasingly larger focus for our business.”

In summary, the company has a highly scalable business model. They also have a very healthy infrastructure that they have spent years and millions of dollars to develop which would provide significant future earnings power as the firm approaches breakeven (measured by Earnings Before Interest Taxes and Amortization “EBITA”). With available liquidity of about $US8 million in cash and an undrawn credit of $1.5 million at the end of the quarter, the firm is in a healthy working capital position to execute its business plan.

They have also indicated their plans of launching several new products as they focus their capital expenditure efforts on growth Capex since their operational infrastructure and sales force is well-positioned to benefit from economies of scale as the business continues to grow.

The recent news can not be ignored but as Sir John Templeton said,

“The best time to buy is when there is maximum pessimism.”

To this, I add the element of understanding the business you own so you can avoid making major losses on market noise. 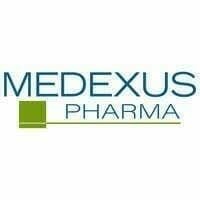 Medexus (MDP.V) by Mackie Research upgrades their target price by 42% 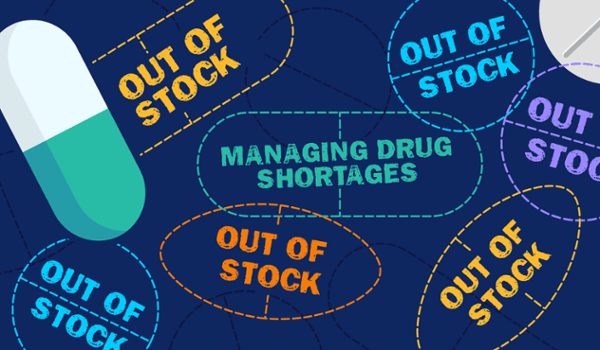 Meredith Corporation (MDP.NYSE) wants you to get more mindfulness in your life

Medexus (MDP.V) by Mackie Research upgrades their target price by 42%

Meredith Corporation (MDP.NYSE) wants you to get more mindfulness in your life