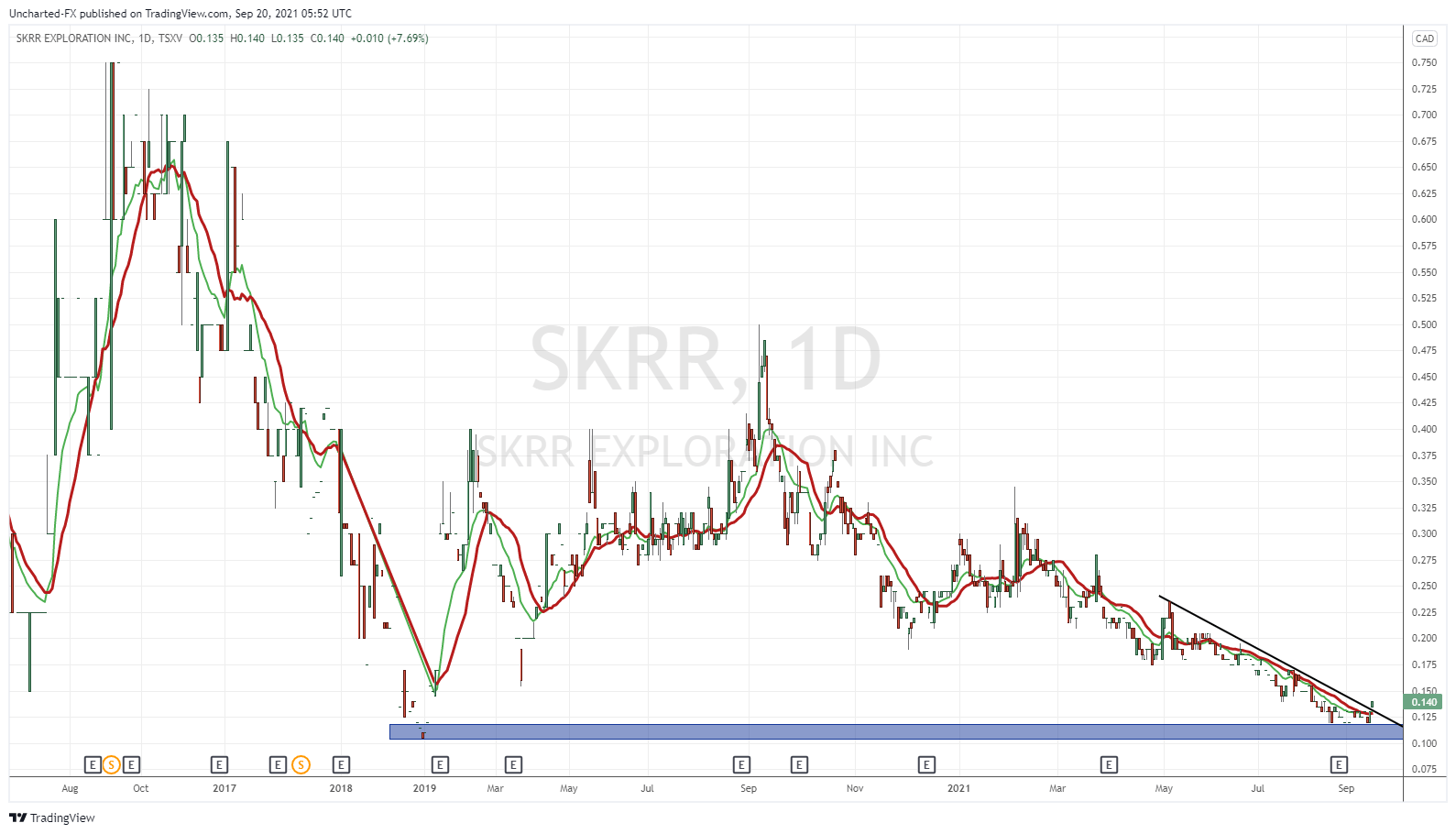 When I think about Gold mining in Canada, I think provinces like Ontario, Quebec, British Columbia, and the Yukon Territory. Not so much Saskatchewan. Potash is what comes to mind when I think about that Province. This is what makes SKRR Exploration (SKRR.V) such an intriguing prospect.

The company owns three properties in the under explored Trans Hudson Corridor in Saskatchewan. This area can potentially be Canada’s next emerging Gold district or the next Abitibi. 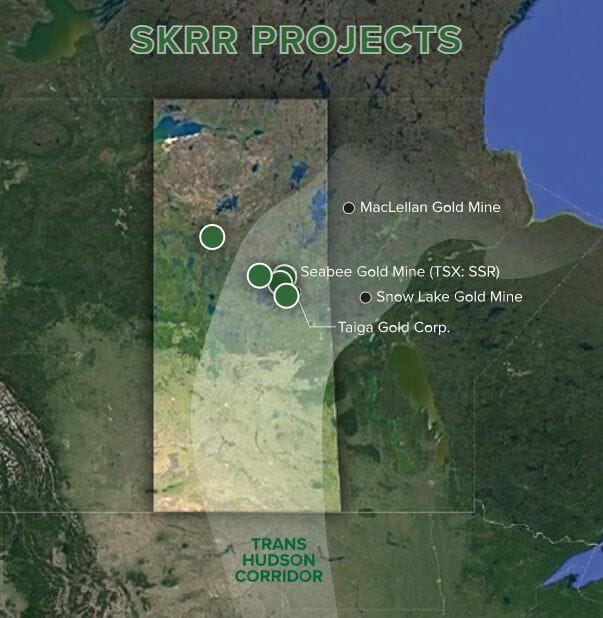 Despite being under explored, the region has two multi million ounce discoveries to date, Seabee and MacLellan. The Santoy mine and Seabee Mill are operated by SSR Mining and both are high grade/ high margin operations.

It is also important to note that the Homestake Gold Mine, a monster deposit, operated from 1878-2002 producing a total of 43.9 million ounces of Gold with robust grades approaching up to 10 g/t. 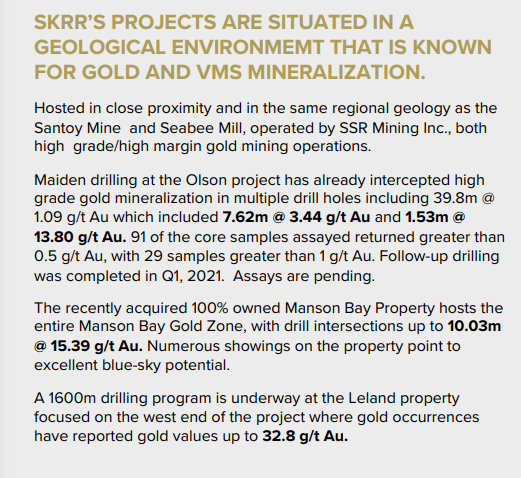 A very exciting discovery play with SKRR’s properties being close to past producing mines, and in an area that has not seen nearly enough exploration spending.

Greg Nolan breaks down the geology in this deep dive piece on SKRR Exploration also released today. Be sure to check that out for a more in depth look at the properties.

For those who tuned into our Investor Roundtable on the company, Chris Parry spoke about this being such a good entry for investors. Especially with a market cap of $5.16 Million. Experienced management is always important for junior miners. You want to invest with a team that has done it before. SKRR Exploration has a highly experienced team. And they have Ross McElroy. That name alone is good enough for Chris.

Ross McElroy is a legend in the mining sector. With 30 years of experience and awards such as the PDAC award for exploration success and Northern Miner mining person of the year. If there is someone who knows Saskatchewan, it is Mr. McElroy. He has been instrumental in several major uranium discoveries in Saskatchewan (the world’s largest source of high-grade uranium), the Triple R deposit and Cameco’s McArthur River deposit (the world’s largest high-grade uranium deposit). 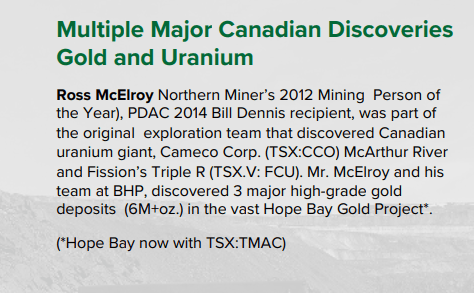 If you are bullish Gold for the long term, then I would be considering SKRR Exploration. When Gold moves, juniors move like Gold but on steroids.

Firstly, let’s take a zoom out on the chart. I just want to show you that we hit a major support zone. Previous lows has held as support. Buyers stepped in. Again, another good sign for an entry here.

Now it gets interesting when we zoom in: 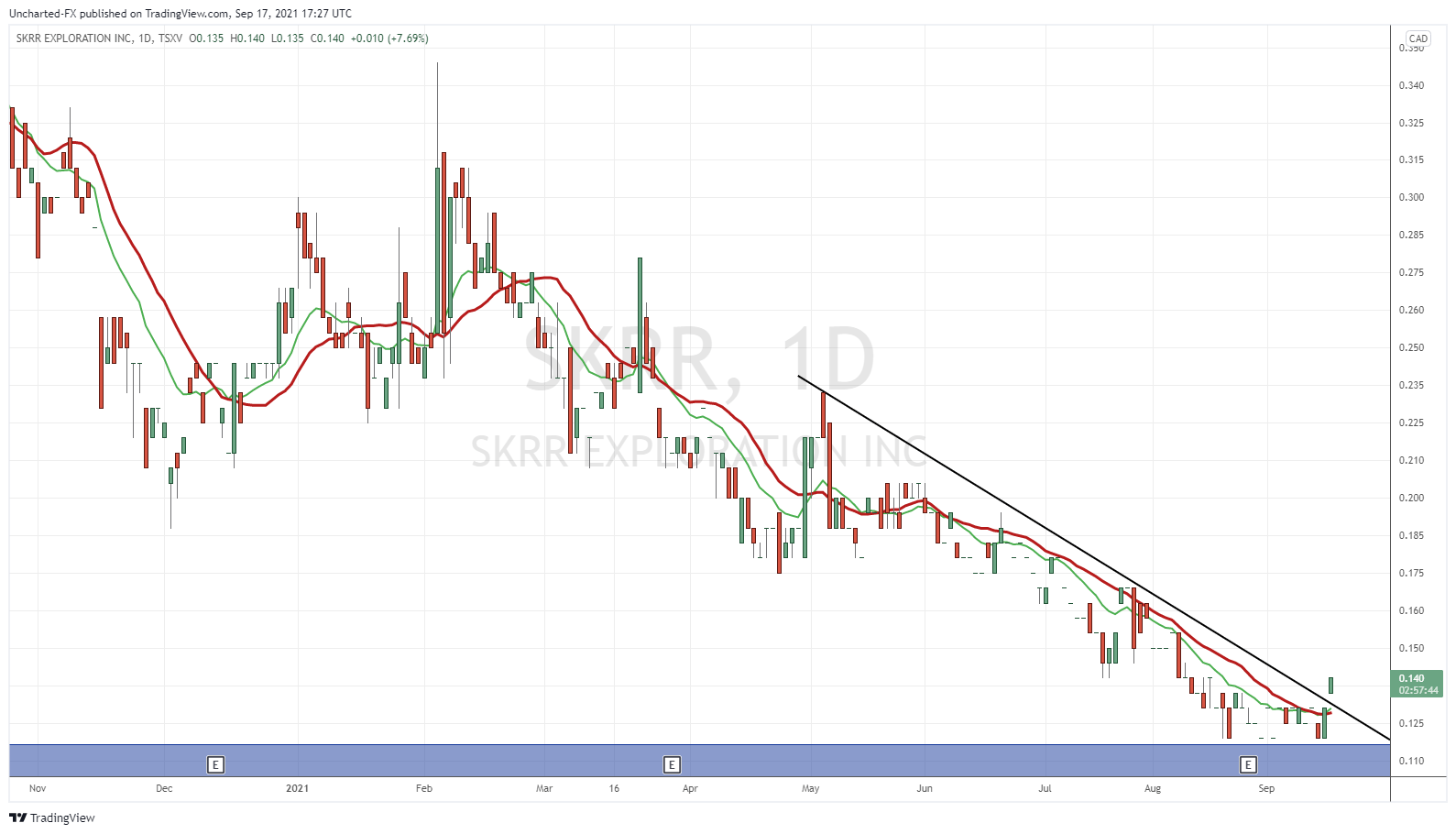 An engulfing candle printed at support, and Friday’s price action saw a pop and break above a downtrend line. Things are looking good. The trend is shifting.

Recent weeks has seen volume pick up, and this is what I will be watching going forward.

Catalyst you ask? A drill program for Fall of 2021.

Honestly, many good reasons for picking up some shares at the bounce of this support, and break of this trendline. A small market cap, and Ross McElroy as the CEO in a great jurisdiction that has not seen too much exploration. A very exciting discovery play! 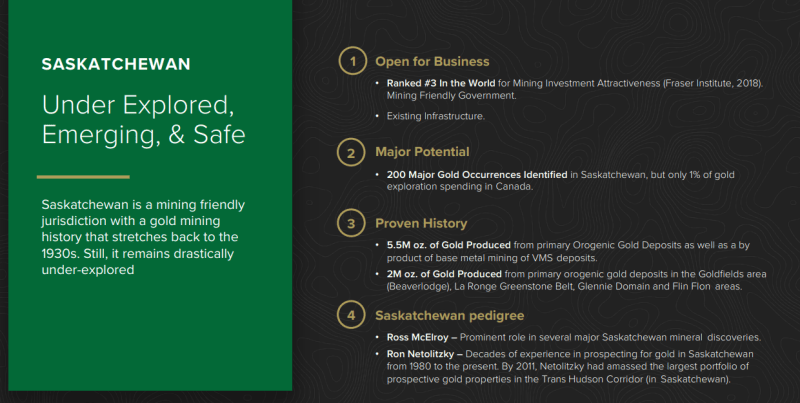