Cloud-A is an established self-service cloud computing infrastructure company, with points of presence in Ontario, Nova Scotia, and British Columbia, and by bringing them into the fold, AMPD is adding over 250 new customers.

Cloud-A’s senior management and technology team will continue to work with AMPD, so AMPD is not just acquiring Cloud-A’s technology, but also expanding their team.

Cloud-A is an established self-service cloud computing infrastructure company, with points of presence in Ontario, Nova Scotia, and British Columbia, and by bringing them into the fold, AMPD is adding over 250 new customers.

“In Cloud-A we identified an experienced team with a robust software stack that will accelerate AMPD’s go-to-market plans. We have been working with Cloud-A since we signed the letter of intent, and this acquisition continues to make a huge amount of sense for us,” stated Anthony Brown, CEO at AMPD. “The fact that Cloud-A brings additional revenue, a national presence, and strong customer base really sealed the deal. On their side, becoming part of AMPD brings their team access to our high-performance computing (HPC) infrastructure, access to the public markets, and the ability to finance growth going forward. It’s a win/win deal.”

Cloud-A, which was founded in 2012, after the founders “noticed a dramatic shift in the way people wanted to use and procure IT infrastructure.” They sought to merge expertise on software development with IT infrastructure, two disciplines that, according to them, had typically been siloed from one another.

With this kind of approach, it’s not all that surprising AMPD sees mutual compatibility with Cloud-A.

With this kind of approach, it’s not all that surprising AMPD sees mutual compatibility with Cloud-A. AMPD wants to lead the transition to the next generation of computing infrastructure, through a mix of infrastructure as a service (IaaS) and an upgraded, high-performance cloud offering. Like Cloud-A, this approach aims to combine software and IT infrastructure, instead of siloing them from one another.

“Since we started Cloud-A, we have been committed to developing a meaningful Canadian cloud solution as an alternative to the hyper-scalers.” stated Godin, one of Cloud-A’s co-founders. “This new chapter for us with the team at AMPD will enable us to develop this ethos further in the realm of high-performance architecture for an even broader range of exciting customers and applications.” 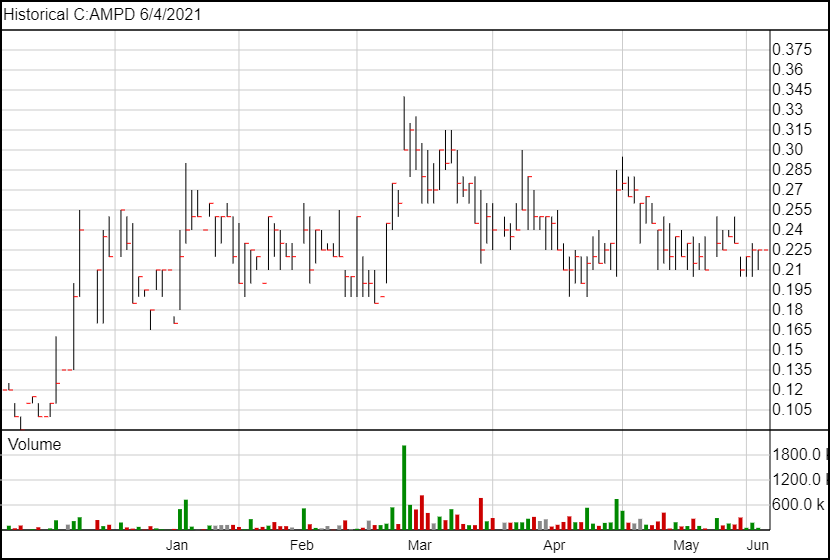 Following the news, AMPD’s share price has not changed.