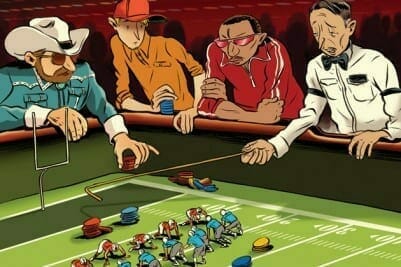 In most of what you’ll read about gambling, you don’t hear a lot about it being almost a pure economic activity. Think about it, though. Every time you place a bet someone makes money. Mostly it’s the house but you’ll occasionally have the smart player who hits a pre-set win condition and elects to walk away from the table with more money than when they arrived.

Everyone dreams about being that guy, and as long as that dream remains alive and cogent, then online and mobile gaming companies like Interactive Games Technologies (BETS.C) will be around to provide gamers the opportunity.

BETS has taken their newly rebranded fantasy sports BLITZPOOLS platform to India, and specifically in the fantasy sports gambling market. If you’re wondering why India—it’s because it has a population of 1.37 billion people, one of the fastest growing economies in the world and the Indian Federation of Sports Gaming (IFSG) puts the user base for fantasy sports at 100 million people. 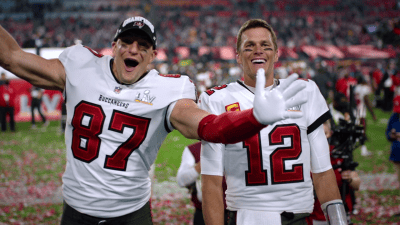 One of Interactive Games Technologies most popular bets is in fantasy football. Now in the interests of full disclosure—I have no idea how or why people play fantasy football if they’re not gambling. I’ve had more fun watching grass grow.

If you add the prospect of taking a payout every time Tom Brady hits Gronkowski in the end zone, then suddenly this game gets exciting. You’ve got skin in the game and you suddenly care a lot more about the minutiae—like whether or not that last sack hurt Brady’s arm or if Gronk’s going to be back after being checked out by the doctor.

Nearly 2.6% of the U.S. population has a gambling problem. If you do the math, the number comes out to nearly 10 million people. It also costs about $6 billion each year, which has an impact on citizens and the economy. Gambling also has a deep history in India, which suggests two things: Indians love to gamble, and no amount of regulation is going to change that. The best we can hope for is harm mitigation.

If you can’t beat them, join them (through regulation and taxation) has been the global trend. Like in Canada, where last month we passed Bill C-218 through the second reading in the House of Commons. If it passes it’ll legalize single-events sports gambling, so you can throw some money down on individual NHL games from the comfort of your couch.

Back in India, though, an Indian High Court recognized that the Gujarat Prevention of Gambling Act of 1887 extends only to gambling in common gaming houses, and not to fantasy sports bets on computers or cellphones, because of course, nobody in 1887 had access to a time machine or a crystal ball. But even in jurisdictions where casinos can operate, the trend over the past four years has been to stay home and do your gambling online.

BETS themselves lays out their reasoning in a press release:

“With a growing population, especially the middle class, a burgeoning economy, the fastest internet adoption in the world, and with 65% of the population under the age of 35, India is a perfect storm for skill-based online gaming.”

The odds look good from where I’m sitting. 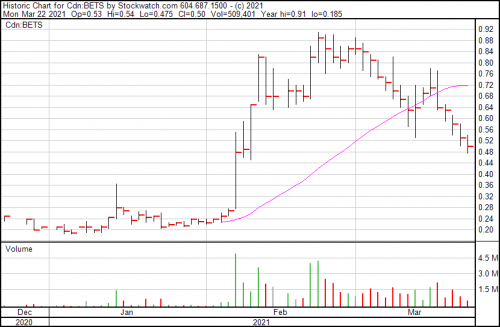 BETS has been on a bit of a downtrend lately, having dipped $0.03 and presently trading at $0.50.

Interactive Games (BETS.C) Sets Out Strategy for US Market Entrance