On March 9, 2021 Sixth Wave (SIXW.C) announced preliminary results evidencing the binding and detection capabilities of its Accelerated Molecular Imprinted Polymers (AMIPs) technology for the rapid detection of SARS-CoV-2, the virus that causes COVID-19.

“Molecularly imprinted polymers (MIPs) are synthetic polymers with a predetermined selectivity for a given analyte, or group of structurally related compounds, making them ideal materials to be used in separation processes,” explains Science Direct.

SIXW is a nanotechnology company focusing on extraction and detection of target substances at the molecular level using a variety of highly specialized MIPs.

For example, SIXW is in the process of a commercial roll out of its Affinity cannabinoid purification system, as well as, IXOS, a line of extraction polymers for the gold mining industry. 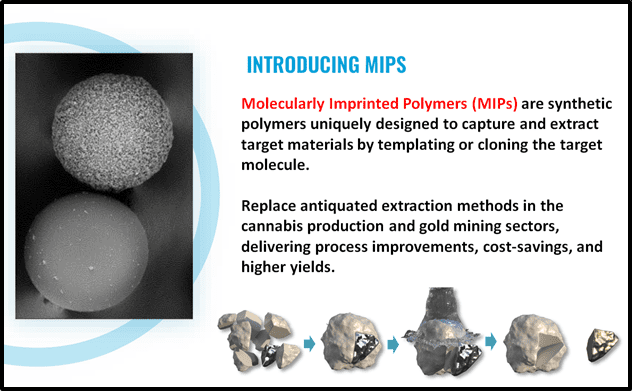 SIXW recently produced a first-generation molecular imprint of the Virus before beginning a series of validation tests to quantify the effectiveness of the imprinting process.

The initial steps of Validation Testing are to characterize the virus template, the polymer as well as the imprints of the COVID-19 virus in the AMIPs.

The goal of this process is to generate a precise master imprint, capable of identifying the Virus with exceptional accuracy.

The successful proof-of-concept allows for testing of different parameters and features for product development and prototyping.

Ultimately, the goal will be to have an AMIP capable of being deployed in a wide range of applications, including;

SIXW has filed two patents regarding the AMIPs platform, and has established a superstar research team for the development of COVID-specific AMIPs detection technology:

The Li Ka Shing Institute of Virology is no ordinary center of higher learning.

It is a super-star research institution with 32 Principal Investigators and 120 trainees and technicians.

These dudes are not going to be running experiments to see if rats can speak Japanese backwards.

Collaborating with the Li Ka Shing Institute, is stamp of approval for SIXW’s scientific objectives.

“AMIPs changes the calculus and has the promise of being immune to relatively minor mutations of the outer shell of the Virus since it is not based on antigen/antibody binding,” stated SIXW CEO Dr. Gluckman. “Moreover, multiple variants or multiple different viruses can potentially be tested on a single test strip providing greater flexibility and lower overall costs to the healthcare system.”

“This potential all-in-one feature, along with the speed at which novel mutations can be added, makes for a flexible and obsolescence resistant platform, evolving in tandem with new pathogenic threats,” added Gluckman. 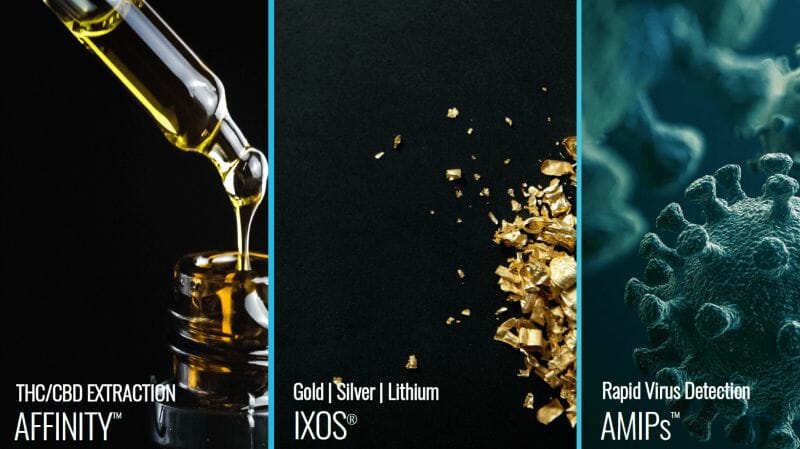 Announcement of Successful Detection of the Virus

The first stage of the now in-progress Validation Testing program comprises analyses to confirm that the Imprint is capable of effectively binding to the target Virus and being detected by a sensor system.

To accomplish this, SIXW used a variety of analytical tools typical of validating and quantifying binding and detection of viruses, including Atomic Force Microscopy (AFM) and Quartz Crystal Microbalance (QCM).

The Company continues to benefit from its engagement with the University of Alberta researchers and utilizing UofA’s advanced laboratory and associated assessment tools.

Sixth Wave is pleased to report that initial detection has now been successfully achieved via AFM / QCM analysis which has provided positive results indicating that the virus is attracted to the AMIPs™ polymer at detectable levels.

“This is a considerable step forward on the path to product validation,” stated Dr. Jon Gluckman, President and CEO of Sixth Wave. “As we have already demonstrated the ability to produce an Imprint on reasonably short turnaround, this most recent testing establishes that the polymer works – it captures the virus at detectable levels”.

“We’re now proceeding to create additional fully functional sensors using Quartz Crystal Microbalances (QCM) to determine the sensitivity, selectivity, capture rates, and speed of detection,” added Gluckman, “These data points will help guide future iterations of the AMIPs™ polymer to meet the performance criteria required by regulatory agencies (such as Health Canada and the FDA) and to produce innovative and affordable product to address the unmet needs of the market for rapid test products.”

“We’ve created dozens of AMIPs prototype sensors to develop our proof-of-concept.  Each sensor has led to new insight into the refinement of methods and protocols to continuously advance our sensors.” stated Dr. Garrett Kraft, Sixth Wave’s Senior Scientist for AMIPs development. “Capturing the COVID-19 virus is a major victory in our development path and provides a solid indicator that we are on the right path to bringing the AMIPs technology to market”.

In the bowels of Canadian Venture Markets, a “woke writer” is likely to be tarred & feathered – but I’ll say it anyway: it’s refreshing to see some coloured and female faces on the SIXW Science and Nanotech Team.

Now that initial Imprint and binding analyses have been completed, SIXW will pursue remaining Validation Testing in order to optimize the existing AMIPs configuration, with a view to establishing the Definitive Imprint.

Forthcoming test work, utilizing AFM/QCM and possibly other techniques, will include optimization of the Imprint for sensitivity, selectivity, capture rates and speed of detection.

As part of the optimization process, SIXW intends to perform additional testing to validate the ability of the AMIPs™ to capture and detect the mutations and variants of the Virus.

“We build polymers that can sequester, grab and hold or detect molecules down at the at their smallest levels,” stated Gluckman, “Think about pottery. You take a piece of clay and push your thumb into it. When you pull your thumb out in, you’ll see that you’ve made a replica of your thumb.”

“That imprint has the size of your thumb, the shape of your thumb, and it might have your fingerprint,” added Gluckman, “And those become unique identifiers. If we think of your thumb as a molecule, we can extend that to almost any molecule in the world.”

“Sometimes we struggle in dealing with investors to tell them, ‘We have a diversity of products. We have a mining product, we have a cannabis purification product, and we have COVID-19 detection technology’.”

The ability to simultaneously test for existing COVID-19, and more contagious variants would create healthcare benefits for the planet, and commercial opportunities for Sixth Wave.