Yeah, I know, I know. Canadian cannabis companies are ass right now, and have been for a few years. Trust me, I’m about as out of the LP business now as I’ve ever been, but you’d also be an idiot to tar every cannabis company with the same brush, because not every deal involves growing weed in large indoor facilities at prices higher than the weed grown outdoors, and higher still than it’ll eventually be grown in fields in Africa and Asia and Outer Wakanda.

Growing cannabis is investor cancer, sure. But buying what is now an insanely cheap and glutted product, extracting the goodness out of it, and selling that goodness on as the base for cannabis 3.0 products still has a lot to like. While there are no shortage of companies that claim they can extract effectively, and no end of LPs who bought a machine that sits out back that they like to show investors on the tour, but which doesn’t do shit because you gotta have a guy who can really run it and there’s not too many of those guys… a real, ground up, designed by legacy cannabis operators, run effectively for some time, and revenue generating extraction company is a rare thing.

Pure Extracts is a rare thing.

I asked CEO Ben Nikolaevsky what sort of runway his company has, and he found the question puzzling.

“Our core business is projected to be profitable,” he said.

“Shut up,” I replied. Clearly this dude was lying to my face and I wasn’t having any of it. No cannabis company makes money.

“Look, there are going public costs that’ll be reflected in the financials obviously, but our actual business? Yeah, we expect to make money on that.”

Let me just take a moment to process that.

Nikolaevsky explains the company simply: “Pure Extracts is a plant-based extractor really getting its roots in the legacy cannabis side of the cannabis business, with deep roots in edibles and extracts, formulations from the US and Europe.. and some experience in the [functional] mushroom space.”

As a marketing guy, I want to find the big billion dollar upside hype dream in every business model, but Pure is put together in a way that specifically veers away from the old hypey cannabis pubco ways of the past. He’s not selling a billion dollar dream. Pure Extracts is simply designed to do good business, with low expenses, experienced operators, a flexible facility that is in no way restricted to just cannabis extracting, and no plans to go blow out the share structure buying any old rope that might jerk the share price up for a minute.

They extract. That’s it. That’s the business.

“We’ve been hardcore extractors for as long as the onset of early extracting product from a CO2 perspective,” says Nikolaevsky. “We have very strong extractor personnel on staff, our COO Doug Benville has been in the business for ten years [..] it’s all we do. My management team comes from a cannabis background, we sold a company with a 700k square foot facility called Natura Naturals to Tilray 18 months ago, a successful exit. [..] We don’t dabble, we’re just about extraction.”

Many have said something similar in the past, and most were bullshitting.

“It’s not our first foray,” says Nikolaevsky. “We’re not seeing the equipment and figuring out how it works.”

“Frankly, you have to be in extraction to be able to grow your cannabis business.”

Most LPs say they have extraction facilities in some way, shape, or form, but economies of scale only come with when that equipment is in full use, and a facility that does one harvest every quarter isn’t likely to fill the production line effectively. Nor are the smaller extraction shops that are battling with each other to build their own brands in a market that specifically doesn’t allow brand marketing.

While Pure Extracts has its own extraction needs, it also serves as a contractor for several other companies that need assistance properly moving their plants into cannabis 2.0 products, which means the organization is getting a lot more use out of what it has built than its competitors do.

“The first part of our business is tolling, where we take in other product from LPs, extract it, and return it to them at a fee base. It’s not a very lucrative business to be honest, there’s been a little of price compression in the market. We’re getting a lot of folks entering the 2.0 market that need oil-based product returned to them. We have very significant contracts for tolling [..] and from a white label perspective we’re working with several LPs to launch vape programs and gummy programs, white labeling for them. We have 34 different oil products in our vault we’ve acquired for a full spectrum and distillate product.”

This means if a potential client or partner wants a given strain, in a given format, with specific terpenes, Pure Extracts doesn’t need to haul in a science team; they just open the fridge.

With a team heavy in experience in the consumer packaged good space, with time at Moosehead Beer and Blue Goose Foods, the company is distinctly light on the ‘true believer’ side of things, meaning they’re not trying to make cannabis fit into a business model, they have a business model that happens to do nicely in the cannabis space, among others.

“There’s definite desire in the CPG population to move into the CBD realm,” says Nikolaevsky. “There’s work being done to take CBD out of cannabis stores – that’s still in discussion, COVID slowed that – there’s definitely a desire to put CBD in a host of products with low or no THC in them. It’s a work in progress. It happened in the US under the Farm Act with hemp. The execution has been a bit tough but we’ll move to that in Canada soon, maybe two years.”

That applies to non-cannabis opportunities as well. For example, mushrooms – but, once again, don’t get the idea Pure is trying to ride the hype train. They’re not jawboning psilocybin into their business model for effect.

“Plant based extraction is where we excel and when you talk about functional mushrooms, we can handle that right now because it’s a real product, a legal product, and has huge benefits. For psilocybin, as it becomes legal, [..] sure, we will be able to manufacture psilocybin as soon as we have our narcotics license but, for now, functional mushrooms is a real growing and legal market and we’re not going to pretend psychedelics is going to be a big business for us in the short term. When it’s real, it’ll be a short step to it for us. For now, functional mushrooms as a business is growing in leaps and bounds.”

There are lots of people in public companies trying to figure the mushroom space out, sure, but the nice thing is, they come to people like us to figure it out.”

Isn’t it nice to hear a team talking about building a real business with multiple opportunities, with large partners, providing value to consumers and suppliers and partners, without trying to convince you they’re going to crack the opening bell on the NY Stock Exchange inside a month?

I’m happy to find a deal that isn’t in over its neck in debt, and that doesn’t need massive law changes and market dominance to be successful. Pure Extracts is less the Great White Shark of cannabis, and more the pilot fish, gliding along underneath that shark, picking barnacles of its belly, and keeping both happy, well fed, and secure.

A smart, manageable operation, with revenue and partners in a sector with strong margins.

While it’s a great thing to be able to run a small operation efficiently, scalability is truly important if the company is going to go fishing for bigger contracts. Nikolaevsky says Pure can expand “very quickly” as needed, and that’s part of the plan – to do so as needed, not in advance.

“We have the ability to scale fast, we have large cale extractors on site that are not fully utilized yet. We have the space to expand the facility, the 10k sq ft can be expanded to 25k as needed, we’re working on international CBD sales as we speak, with the UK in discussions right now for the novelty food area, we’re excited about those.”

There are competitors in the space, but they’re generally no threat – especially with the cost of cannabis feedstock coming down hard.

Nikolaevsky says he will look to raise money, at some point, but only to grow as needed, and as opportunities arise.

“We’re in an interesting time, the price of extraction is under pressure because there are a lot of licensees out there, a few large extractors and then it goes into a very fragmented market,” says Nikolaevsky. “We’re not necessarily looking at them as acquisition targets, but we are looking for acquisitions opportunities that would add something to our offerings, be it technology or brands or people.”

“We’re one of the larger ones. The good issue we’re having is biomass pricing is through the floor. The availability of cost effective products went from $1 a gram to $0.25 a gram.”

“Our COGS are actually benefiting from those costs going down much more quickly than the cost we pay to extract them, so bringing the products to market and holding our margin isn’t hard with those input prices eroding. We’re pretty stable. It’s helping LPs turn profitability because their COGS are getting better. We lived through the lean days of the LP grower world so we know how to stretch a dollar. We’re cost effective in that all of our SKUs are built to be profitable.”

Pure’s facility was built for Euro GMP compliance. That will require a length of time in operation where the GMP standards are adhered to – the company assumes around six months of time will be needed before they can move forward on certification.

The company currently has a processing license that allows it to do b2b business and white label production. and is in the process of having an amended sales license over the next three months to allow sales to the public through the provinces. Next target after that will be a narcotics/dealers license to produce psilocybin based products in the future, though that plan is a work in progress.

In the past, a company with legacy cannabis roots would be considered the enemy of Health Canada, but this company doesn’t live on the bureaucrats shitlist. First, the original company was bought out by new owners. Second, Health Canada’s days of recriminations and quiet conservatism are largely gone.

“We got our processing license during COVID,” says Nikolaevsky. “Got to give Health Canada congrats, they’re having a busy time.”

With cannabis companies in Canada having gone through highs and lows recently, sometimes in the same week, Pure Extracts hasn’t exactly sprinted to the public markets. It’s been finger on the trigger for months, but coming out now, as they have, right as the US market begins to open up and prices spike, points to a great sense of timing.

Since coming to market late last week, the stock has been trading solidly – and the price holding up.

Stick it on your watchlist and, as they prove themselves out, this will be one to watch.

Chris recently spoke with Ben Nikolaevsky in a two-parter interview for an indepth view on Pure Extracts. Check it out! 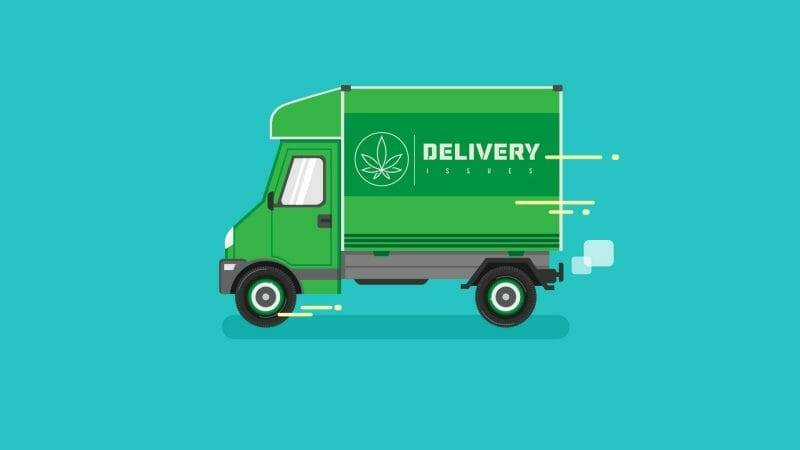 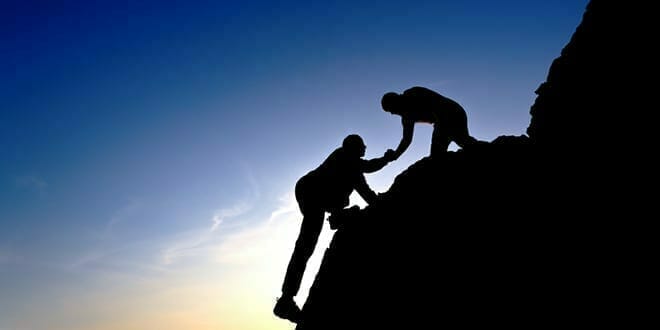 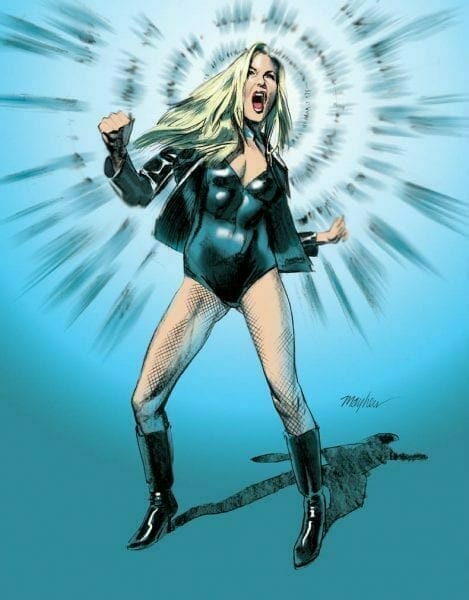 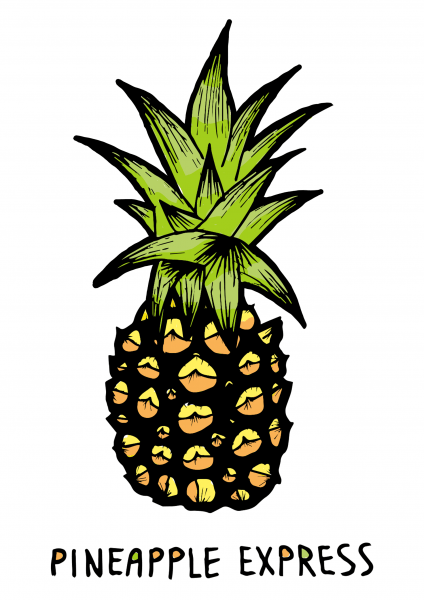