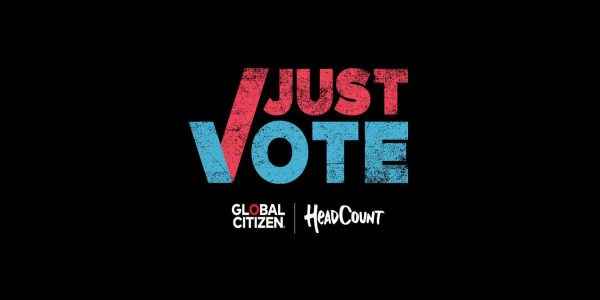 The election extravaganza has come around again in the United States and again we have celebrities and both for-profit and non-profit companies out there stumping for their favourite candidates and causes. But there’s been a decidedly negative trend in modern democracies over the past few decades towards non-participation.

Disillusionment, disaffection and voter apathy have become hallmarks of modern democracies, and while it’s easy to point fingers at your pet cause du jour, it’s generally only part of the problem. The companies and celebrities lining up with their songs and outreach and slogans are approaching one of the key slivers of the issue: voter registration and education.

Global Citizen and HeadCount recognize that young people have a certain amount of political clout.

So much, in fact, that Gen Z and millennials represent a third of eligible voters. Most of these are politically active with 83% of people ages 18-29 believing they have the power to change the country and the world, but only 60% of those plan to vote. It’s not that they’re not active politically, or otherwise apathetic.

They’re arguably the most politically engaged generation since the 60’s, but their democratic participation tends to be through grassroots campaigns, protests, sit-ins and movements like Me-Too and Time’s-Up. Events which they believe are more effective at bringing change than standard democratic process—so they don’t vote.

It’s not that they’re correct—they’re not, but the wheels of democracy grind slow and have a tendency to stop outright when met with the slightest opposition, 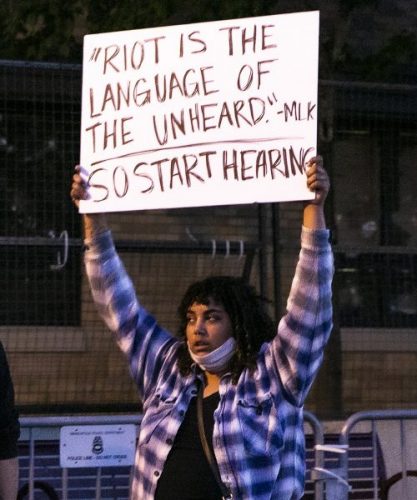 and progress drags to a crawl. Meanwhile, Me-Too started a wildfire rush of change that outed and ousted immoral and entrenched interests in Hollywood and beyond and started a global conversation about the plight of women in the workplace in a matter of four or five months. Given that level of change even for a bumbling, stumbling and fumbling beasts like social media shame and blame sponsored outing campaigns, it’s any wonder anyone votes anymore.

Instead of voter education, what’s needed is something to inspire confidence that their vote means something, and raise the point that throwing democratic process out with the bathwater means losing the room for sober second thought and introduce room for ironic injustice.

Also, the notion that social media inspired authoritarian direct democracy won’t solve all the world’s ills—for that, we need legislation and for legislation we need at least one party to have a mandate to rule. That’s why these programs need to exist for the sparing few who haven’t given up on the process, and may not participate because they don’t know how. And that’s only the tip of the running commentary underlying anti-partisan politics in the United States—there are entire contingents of the United States, among the effected cohorts, that believe their voices won’t be heard no matter what they do. Those people have their own hills to climb.

For the rest there’s programs like Just Vote, which aims to reach young American gamers and esports fans to educate them on how to check their registration status for the upcoming November election, and others in the future. Enthusiast will run the campaign across all of their media properties and YouTube channels through October 5, with participants getting in on the action using hashtags #JustVote and #GamersVote.

For those folks, Enthusiast Gaming is the right choice. It represents the largest platform of gaming and esports communities, which organizations like Global Citizen can use to directly interact and build consensus with local gamers, helping them get to their goal of 1 million voters, and getting 50,000 young people registered for the first time, or re-registered, in time for the 2020 elections.

“We have a unique opportunity to work with one of the most influential and grassroots movements, to engage our platform of communities for gamers and esports fans to help change the world. Our platform has the largest gaming audience in North America and reaches over 300 million gamers monthly worldwide, of which 70% are Gen Z and Millennials. It’s brands like Global Citizen and HeadCount who recognize the value of these groups and their power to affect change. We are honored to work with Global Citizen and HeadCount to help build awareness and promote the Just Vote movement and feel proud that they have partnered with us on this initiative,” said Adrian Montgomery, CEO of Enthusiast Gaming.

Just Vote is a get-out-the-vote campaign launched earlier this month which garners support from artists, influencers, media and corporations to provide young Americans with the information they need to vote in the 2020 elections, and in return, bribes—erm, rewards them with performances, exclusive experiences, and memorabilia, only unlocked through checking their registration status.

Honestly, if you have to bribe a voter to get them to engage in the democratic process, there’s something distinctively wrong with the way we’re all running our democracies. The number of artists presently involved is approximately 24 with the biggest names being probably Taylor Swift and Billie Eilish, but also some older artists like Dave Matthews and Gavin Rossdale. No, seriously. They found the rock Dave Matthews has been hiding under, and pulled the guy from Bush-X out of retirement to do a tired rendition of Glycerine or Machinehead.

Maybe they should reconsider improving their back catalogue if they want to actually appeal to millennials and Gen-Z, because frankly, second-rate music from previous generations aren’t going to hold their interest once Eilish and Swift are off the stage.

Still, Global Citizen and HeadCount will be counting on Enthusiast and their platform to promote voter awareness and registration to its monthly audience of over 65 million gamers in the U.S., which unsurprisingly is heavily weighted towards Gen Z and Millennials. Incentives (again, bribes) include a chance to play Fortnite with Luminosity Gaming’s esports celebrity influence, Muselk, a signed jersey from celebrity brand ambassador and shareholder, NFL star Richard Sherman, Luminosity swag, signed jerseys from the Vancouver Titans Overwatch League and Seattle Surge of the Call of Duty League. And more.