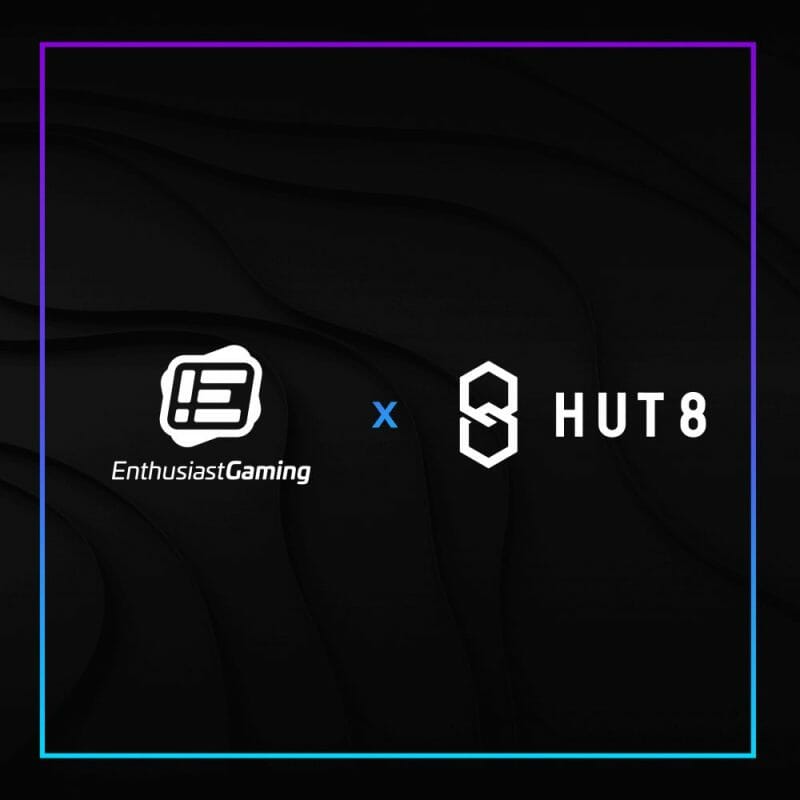 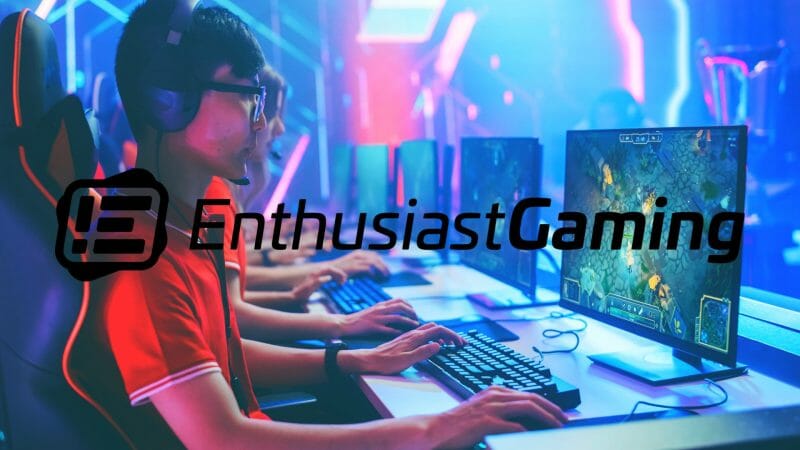 “As we consider new opportunities in Web 3.0, the Metaverse, NFTs, and cryptocurrency, we’re proud to join a partnership that will really deliver for our creators, communities, and fans, and to kick things off with Hut 8 by bringing our flywheel of opportunities to them, through our latest launch from Addicting Games, and as a partner on Luminosity Gaming,” said Adrian Montgomery, CEO of Enthusiast Gaming.

Once again, I find myself delving into the depths of the unknown. Blockchain? What’s that? Web 3.0? Couldn’t tell you. However, I have written about Enthusiast Gaming in the past, offering a vague sense of familiarity as I try and navigate cryptocurrencies, NFTs, and everything in between. For starters, let’s talk about the purpose of Enthusiast Gaming’s latest partnership with Hut 8.

According to the terms of the multi-year strategic partnership, Enthusiast Gaming and Hut 8 will collaborate to create new experiences and content within mobile gaming, blockchain gaming, Web 3.0, NFTs, and cryptocurrency. In particular, gaming continues to be a lucrative prospect for companies in the content creation space. Valued at USD$155.09 billion in 2019, the Video Game Market is forecasted to expand at a Compound Annual Growth Rate (CAGR) of 14.5% through 2026. 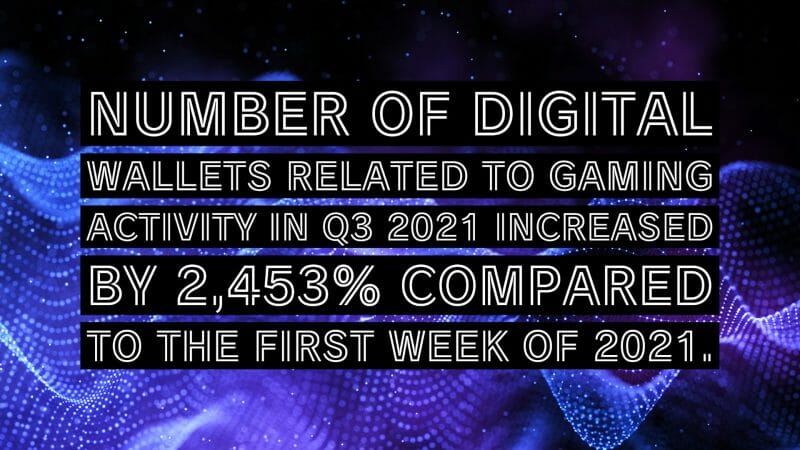 If blockchain wasn’t confusing enough for you, worry not, blockchain gaming is sure to have your head spinning. Blockchain games, also referred to as NFT games or crypto games, are video games that include cryptography-based blockchain technologies. More often than not, this includes the use of convoluted cryptocurrencies and nonsensical NFTs, which players can buy, sell, or trade with other players.

Initially, monetizing video games via blockchain technology sounded pretty absurd to me. I mean, who would be stupid enough to do that, right? In retrospect, I have spent an inexplicable amount of money on video games for far stupider reasons. Whether it was buying skins in League of Legends or gambling on CS:GO, I have spent hundreds of dollars on in-game items. However, unlike blockchain technologies like NFTs, the items I have purchased have little to no resale value.

As for the ones pulling the strings behind blockchain gaming, game publishers are able to make a pretty penny by taking a fee from each transaction made by and between players. This is comparable to other common monetization routes in video games, including tradeable character skins and other in-game items.

For example, Warframe, an action RPG I have over 1,700 hours of playtime in, allows users to trade weapon parts that can only be purchased using the game’s in-game currency. The catch is, this in-game currency can only be bought using mom’s credit card. Shameful, I know. 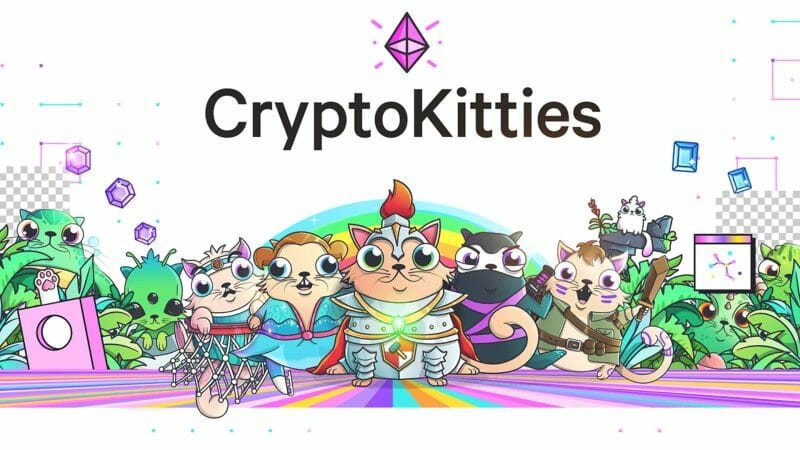 Referring back to blockchain gaming, CryptoKitties is one of the world’s first blockchain games, enabling players to collect and breed creatures called, you guessed it, CryptoKitties. According to Dapper Labs, the developer of CryptoKitties, each kitty has a unique genome that defines its appearance and traits. With this in mind, players can breed their kitties to create new variations and unlock new attributes.

In terms of technical details, each kitty is a non-fungible token (NFT) that is indivisible and unique. In other words, each kitty is 100% owned by its respective player and cannot be replicated, taken away, or destroyed. That being said, CryptoKitties are unique in appearance, with distinct visual appearances referred to as its phenotypes. Moreover, Each kitty’s phenotype is predetermined by its immutable genes, otherwise known as its genotype, which is stored in a smart contract.

Here’s where things get a bit confusing, so bear with me. Put simply, smart contracts are programs stored on a blockchain that run automatically when predetermined conditions are met. Smart contracts are commonly used to automate the execution of an agreement so that all participants can be immediately certain of the outcome, without external involvement or time loss. Furthermore, smart contracts can be used to automate a workflow, triggering subsequent action when conditions are met.

In the case of CryptoKitties, by storing kitty genotypes via smart contracts, players can put their kitties up for sale or breeding to the public. In doing so, players can make a bid using ether, the cryptocurrency of the Ethereum network to buy or breed kitties. Aside from collecting and breeding, players can also compete in leaderboards by sending their kitties to participate in various games including the company’s KotoWars, a semi-blockchain game.

In KotoWars, players can fight with their CryptoKitties against other players to earn cosmetic rewards for their cats as additional NFTs. This is starting to sound a lot like Pokémon, bloodsport included. Gotta collect ’em all. Overall, CryptoKitties is probably one of the easier blockchain games to understand, at least in my opinion. So, why should you care?

I’ll be honest, I am not a fan of NFTs, cryptocurrencies, and the like. However, after learning about CryptoKitties, my gamer instincts are itching to clobber kids on the blockchain with stupid-looking cats. Alas, I have neither the funds nor the patience to get involved in blockchain technologies, but that doesn’t mean you can’t.

After all, the blockchain gaming market is still in its infancy and is still growing at an impressive rate. In fact, the number of digital wallets related to gaming activity in Q3 2021 increased by 2,453% compared to the first week of 2021. In total, this represents an increase from just 29,563 wallets during the first week to a total of 754,000 in Q3 2021.

Furthermore, a report from DappRadar, a global app store for decentralized applications, shows a 6,566% increase in daily unique active wallets (UAW) interacting with game-related smart contracts, rising from 23,100 in Q3 2020 to 1.54 million daily in Q3 2021. The bottom line is, there is money to be made in the blockchain gaming space and, for once, I can actually understand why. 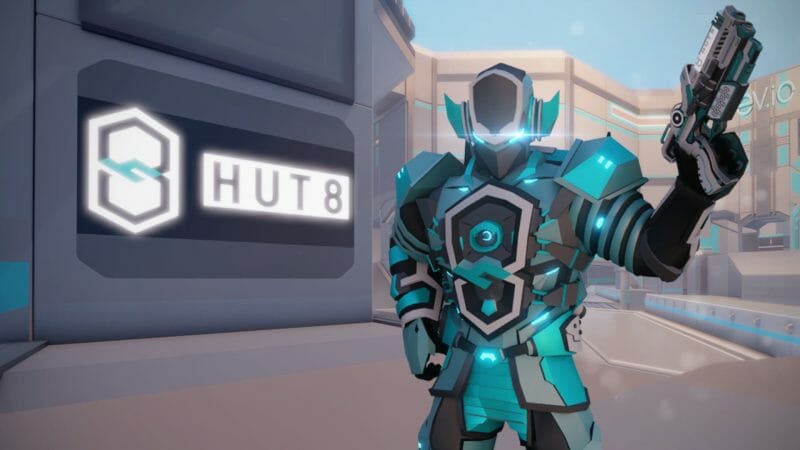 With this in mind, Enthusiast Gaming’s latest partnership with Hut 8 will enable the Company to fortify its offering. This includes releasing a significant update to its browser-based first-person shooter game EV.IO, which will feature Hut 8 as a presenting sponsor.

Having played EV.IO for the sake of this article, I am actually thoroughly impressed by the game. The controls were simple, the graphics weren’t an eyesore, and there were loads of weapons, including a samurai sword. I got my ass handed to me, but I still had fun.

“With one of the highest inventories of self-mined Bitcoin of any publicly-traded company globally, Hut 8 has established itself as an innovative leader by bridging digital asset mining with the traditional data center industry, and is now serving both traditional high-performance applications and applications in the gaming and blockchain space,” continued Adrian Montgomery.

The ongoing partnership will see Hut 8 content integrated across Enthusiast Gaming’s flywheel of communities, games, and experiences. Hut 8 is also positioned to provide critical infrastructure support by hosting Enthusiast Gaming in its data centers, which are connected to electrical grids powered by renewables and emission-free resources. Truly a breath of fresh air.

Unpacking Hut 8 is a whole different beast and my brain is already fried, so let’s reduce our scope to sustainability. Currently, the company has two data mining centers in Alberta, Canada, allowing Hut 8 to mine efficiently using Alberta’s diverse energy sources like gas, wind, and green energy.

“We’re excited to host Enthusiast Gaming in our data centers and collaborate on new experiences and content that will connect us to their audience of 300 million Gen Z and Millennial viewers, the majority of whom are crypto-savvy,” said Jaime Leverton, CEO of Hut 8. 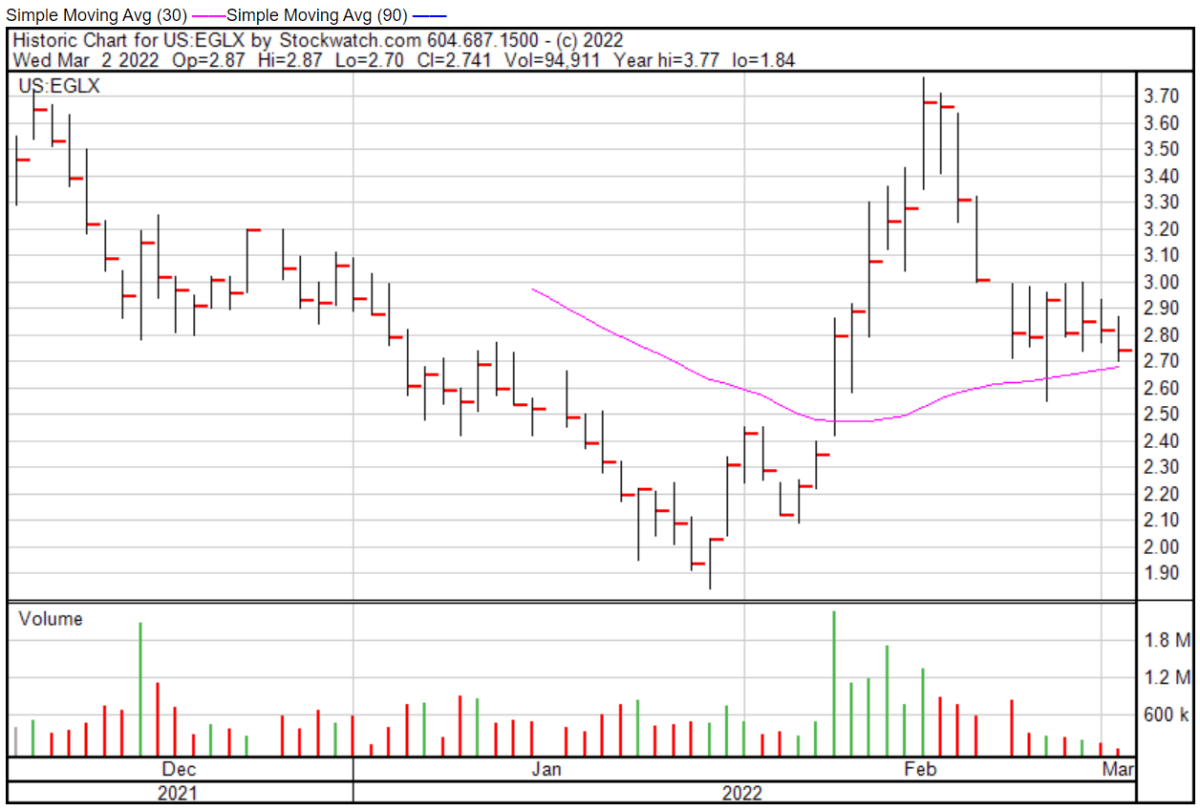 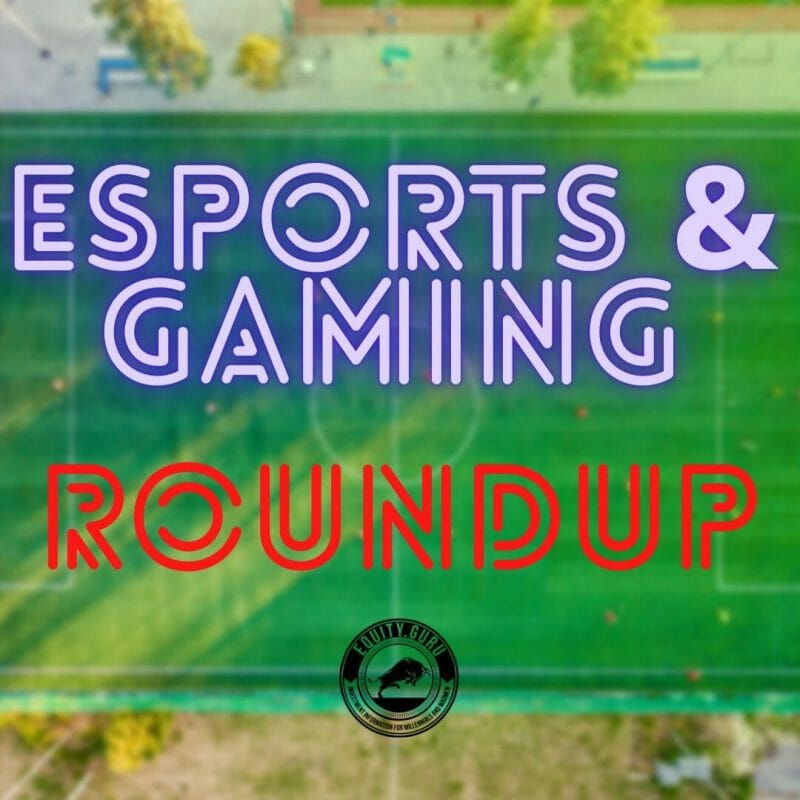 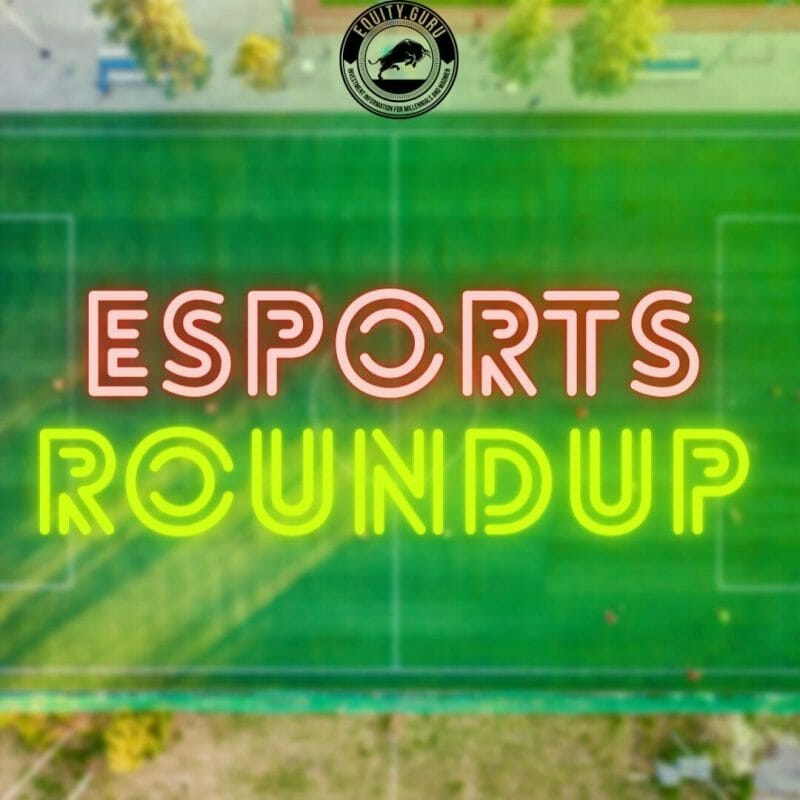 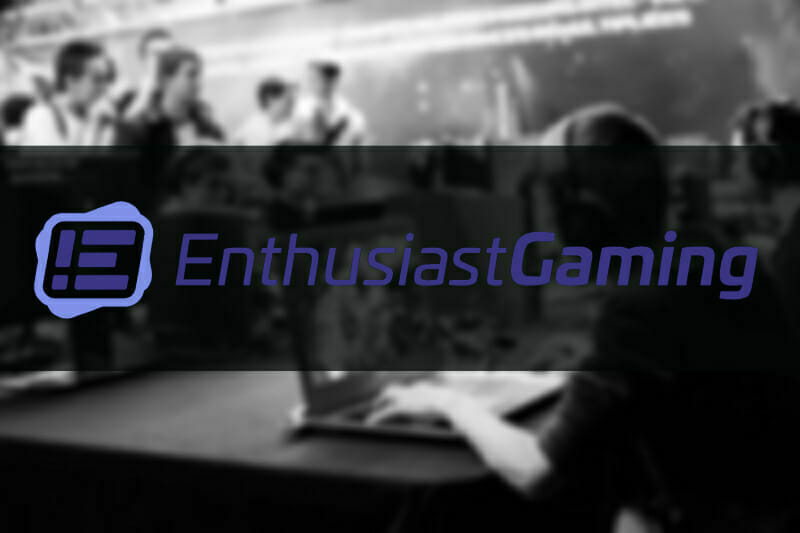 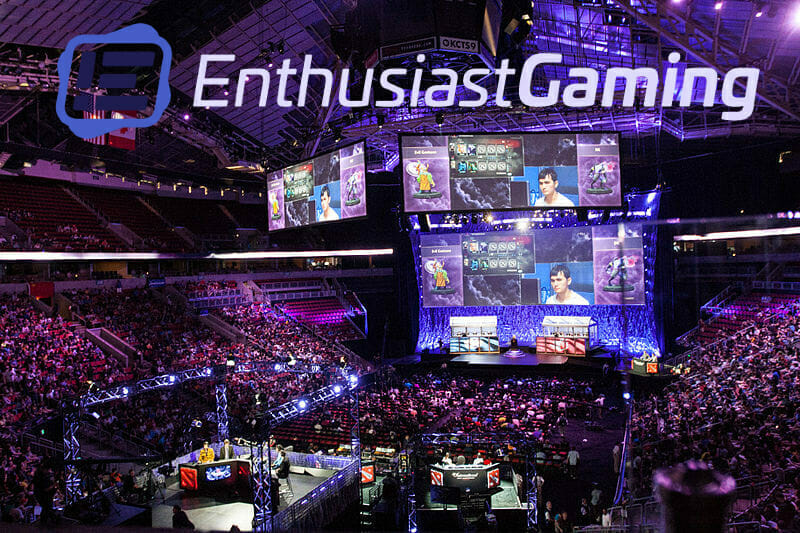 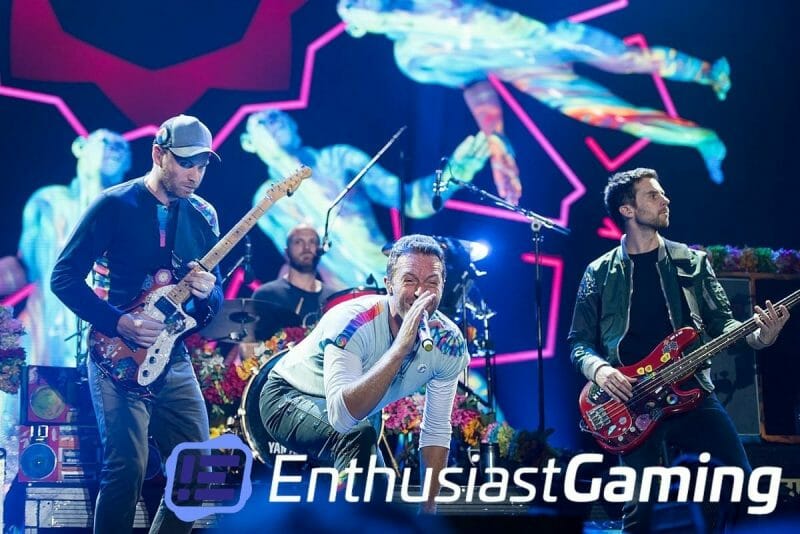