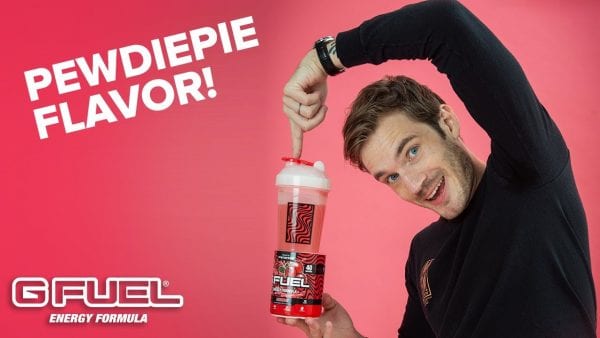 Enthusiast Gaming Holdings (EGLX.V) is building an integrated marketing campaign with the energy drink brand G Fuel intended to reach each one of their 200 million gamers.

“Luminosity Gaming is an elite, world-class esports organization, and as The Official Energy Drink of Esports, our partnership makes perfect sense. We’ve built a passionate community within the gaming and esports sector and can’t wait to work with Enthusiast to drive authentic engagement with their incredible platform of gamers,” said Cliff Morgan, founder and CEO of G FUEL.

G Fuel has been providing a healthier, more effective alternative to standard energy drinks since 2012. Most of the promotional information you’re going to find on these types of drinks tells you that people, from esports players and gamers to everyone else in between, relies on these drinks to somehow boost their performance. It might be even be true, or at least provide some semblance of a placebo effect in which your body thinks its getting a boost when it’s actually getting another stimulant (most likely caffeine), and would do better with some oxygen and exercise, instead of the artificial sugars like sucralose, aspartame, and acesulfame potassium (Ace-K) commonly found in energy drinks. Maybe it’s an generational change, but the majority of the reason we drank anything as teenagers wasn’t so much because it would improve our video gaming performance—but because it was there, it was cheap and it tasted good. If we got hyper from it (and we did) then bonus!

But that doesn’t change the fact that Enthusiast has a good sized audience that will help communicate G Fuel’s messaging strategy with its target market.

“Execution is also very important, and over the last number of months, we’ve been able to demonstrate the success of our integrated advertising offerings and prove that using our platform has more touchpoints and engages with more gamers than any other gaming company. We are thrilled to partner with G FUEL and look forward to building a long-term partnership over our shared passion of gaming,” said Adrian Montgomery, CEO of Enthusiast Gaming.

Enthusiast will use its platform of gaming and esports communities to promote G Fuel through channels such as user generated content, influencer marketing, online entertainment and advertising across its entire media network. G Fuel will be able to use Luminosity’s network of influencer and content creators and elite esports athletes to reach a combined following of over 60 million fans. Also, the G fuel logo will show up on Luminosity’s jerseys.