Word association is powerful and intractable.

So it’s no surprise, that after a public vape pen scandal, on Tuesday November 12, 2019, Vapen MJ changed its name to Vext Science (VEXT.C).

“For weeks, it’s been clear THC vape products are playing a major role in the outbreak of vaping-related illness that has sickened more than 1,600 people across the country,” reported Vox.

A study from Utah indicated that most tainted vape products “were acquired from illicit online dealers.”

To be blunt, this tragic shit-storm did not involve Vext Science’s products.

Ironically, VEXT is a healthy cannabis business, and investors are quickly gaining confidence in it.

“The vaporizing cartridge is only one of many products we manufacture,” confirmed Vext Science, “We support and encourage enforcement related to safe ingredients and licensed producers.”

“Our core-competencies and key differentiators lie in our strong operational procedures, particularly in the extraction processes and science-based approach to manufacturing,” stated Vext Science. We deliver “crucial expertise in equipment and cannabinoid extraction techniques.”

“With a humble grow, an extraction lab, and a pair of Arizona dispensary outlets, and a solid group of products in multiple SKUs that emanate from the above,” stated Equity Guru’s Chris Parry last summer, “Vapen [now Vext Science] has managed to do what few before them have.  You’ve got to appreciate the folks who can just mint money every month while so many others eat dirt.”

The majority of the decrease in net income was primarily due to professional fees incurred for the Growth Strategy deploying in Q4 2019 and 2020.

Working capital, is the difference between “current assets” such as cash, accounts receivable, inventory – and its current liabilities, such as accounts payable. 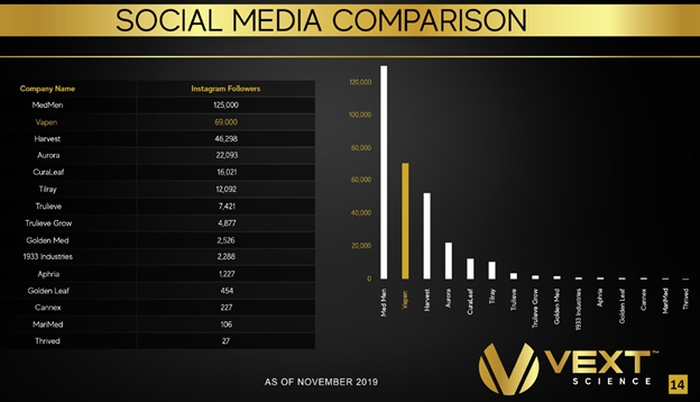 “VEXT has experienced a strong three quarters primarily related to the Arizona operations,” stated Bob Brilon, President and CFO, “We have announced partnerships in the THC and Hemp CBD industries that are moving forward.  We are looking forward to announcing the details of additional domestic and foreign extraction partnerships to further strengthen the financial results of 2019 and 2020.” 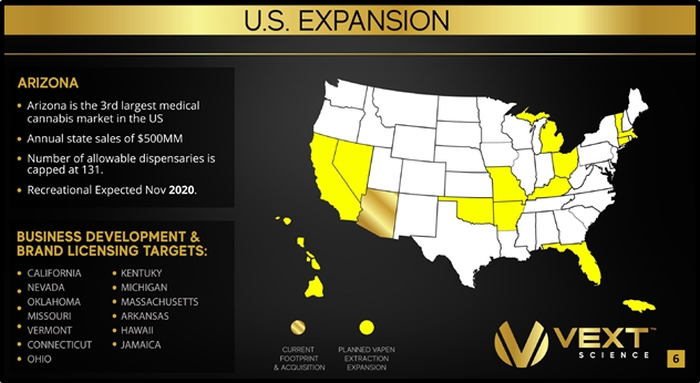 It’s not nice to have your hand forced.

But given the breadth of this company’s product line and the emphasis on technological innovation, Vext Science is a better name than the previous one.