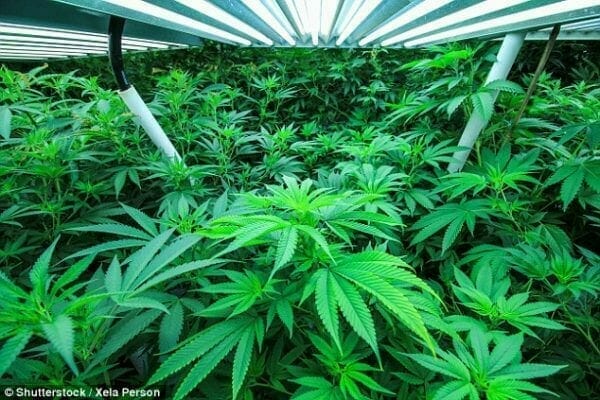 The other day at a house-party I was put on the spot during an argument about cannabis. Two of my friends wanted to know exactly what constituted premium cannabis and turned to me as the guy they know who writes about this stuff on a semi-regular basis. Normally, I’d answer, but I honestly flailed around for a good five seconds while I tried to think of the answer—terpenes? Higher concentrations of cannabinoids? Those little crystals like on Gotti’s Gold? Damn—so I naturally reminded them that I’m not their private library, and “oh hey, don’t you have the world’s store of knowledge in the palm of your hand?”

They spat out some choice words for me and whipped out their phones, and I managed to defer some embarrassment.

But indicated a knowledge gap, and that can’t stand. So in case you too don’t know what constitutes quality weed from crap, here’s a quick guide:

Premium weed looks different than lower quality weed. There are colourful hairs throughout the bud, along with plenty of crystals of strong, THC-packed trichomes. This weed is also highly pungent with a strong aroma and taste. It will also give you a clean high, unlike what you could potentially experience from less quality cannabis—which may include dizziness and headaches.

The premium dried flower market comes with a higher per-gram price, but the quality will attract more affluent customers and therefore help any company involved in its production and sale weather disruptions. It’s a classic ‘sin stock’ like alcohol and cigarettes, which is a category of product that actually does well during times of economic hardship, because a high deal of economic stress drives people to drink, smoke and get high.

Granted, the cannabis market hasn’t exactly needed external factors to sink its battleship this year. Most of the movers and shakers in the market have moved and shaken themselves to near bankruptcy courtesy of rookie mistakes, graft and general stupidity.

It’s classic bad-apples syndrome. The actions of a few bad actors spoil investor confidence in the bunch, people sell their stakes, and the rest of the industry suffers.

The best company you’ve never heard of (until now)

Experion Holdings (EXP.V) CEO Jay Garnett said his company was being penalized for being the best little company nobody’s ever heard of in an interview with equity.guru’s own Chris Parry six months ago. Garnett waxed optimistic about his company’s growth trajectory in that interview, suggesting they were going to $0.60 then $0.70 and then $0.80. They didn’t. 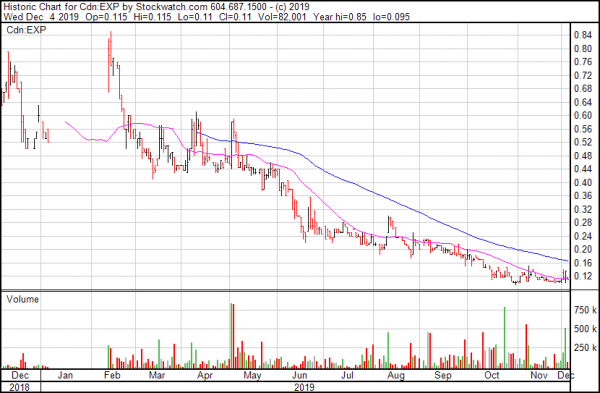 Right now they’re trading at $0.105, which means that the train fell off the rails somewhere along the way. That’s probably not Garnett’s fault. He’s not apt to inundate the market with superfluous press-releases showcasing every aspect of his company’s operations, which is one of the key reasons you’ve never heard of them, and this year has been absolutely atrocious for cannabis companies.

Granted, it’s not that Experion isn’t without their issues.  They’re displaying $11 million in good will as the largest contributor to their asset column, but they’re showing revenue increases and making distribution deals with Canadian provinces. That ain’t nothing.

A ship’s fates in stormy weather are greatly improved if the captain knows what he’s doing.

Garnett has more than thirty years experience in the business, having founded Seattle’s Best Coffee Canada in 1993 and spread it across Canada until it was purchased by Starbucks in 2003. He was also the CEO of Steaz organic teas, which was acquired by Novamex.

Garnett is banking that the higher price point he’s asking for his premium products will be enough to turn Experion’s fortunes. His strategy hasn’t born fruit, but it’s early yet. On the plus side, the shipments of his premium quality cannabis often sells out in hours. 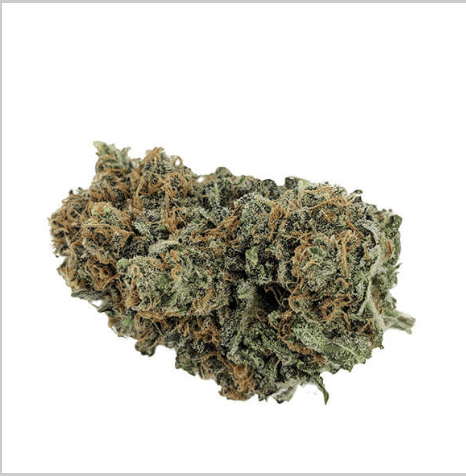 Lemon Zkittle is their award-winning strain from their Citizen Stash brand. It’s a hybrid strain created from cross-breeding ‘Las Vegas Lemon Skunk’ and ‘Zkittlez.’ It has bright green buds with a hint of yellow and comes with a raw citrus taste and rich lemon aroma. It’s pesticide free, hand harvested and hand trimmed. The company says the blend between sativa and indica are harmonious, but it took home first place for best sativa at the 2018 Highlife Cup, held in the Netherlands.

The company has recently shipped its third adult-use strain, this one called MAC 1, under Citizen Stash throughout BC, but it’ll soon see widespread release throughout Canada.

“We are proud of our cultivation team lead by Liam McKenzie (named top 5 grower in Canada at the recent Canadian Cannabis Awards) as they continue to lead the industry in quality. Our initial harvest of MAC 1 tested off the charts and is achieving wholesale pricing rarely seen in the market.” Garnett said.

The strain is hand cultivated in small batches in a controlled environment. The first harvest achieved under a 30% THC rating with a desireable terpene profile.

I’d like to say that this company’s fortunes are looking up, but I really can’t justify that statement. The next few months will not only depend on how MAC 1 and the rest of Citizen Stash are received, but also on the general trajectory of the market and whether or not Garnett can steer the good ship Experion past the icebergs.

Sometimes you just have to control what you can, and try not to worry too much about what you can’t.

(Eds note: Previous versions of the story carried the erroneous statement that the Company carrying a “debtload from $8 million to $14 million” and has been amended. The company carries no debt on the balance sheet. We regret the error.)