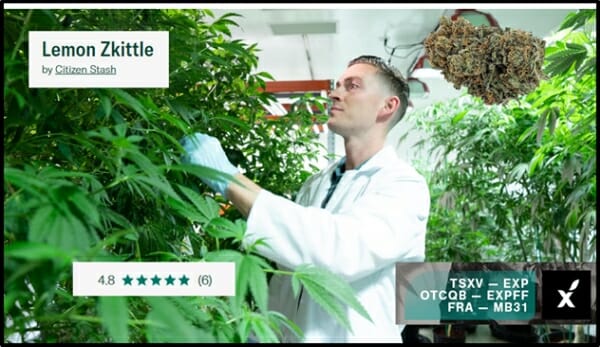 On October 28, 2019, Experion Holdings (EXP.V) announced that the Head Grower of Citizen Stash’s award-winning cannabis strain “Lemon Zkittle” has been nominated as Top Master Grower for the 2019 Cannabis Awards.

Lemon Zkittle is “a hybrid strain that is a result of crossbreeding ‘Las Vegas Lemon Skunk’ & ‘Zkittle’,” states Leafly.com, “she produces bright green buds with a tinge of yellow, while being accompanied by a raw citrus taste & rich lemon aroma”.

Pesticide free, hand harvested and hand trimmed, Lemon Zkittle has 4.8-star rating on Leafly – with about 80% of reviewers giving it 5-stars.

“The high makes you feel energetic and alert. Citizen Stash definitely know what they are doing can’t wait to try more of their products in the future!”, wrote Nitrogrowshow.

“1 or 2 drags from a joint will have you elevating immediately,” wrote hika916, “Effects are immediate, powerful, euphoric…no paranoia or anxiety.”

The concept is simple; grow well, provide consistency, win the loyalty of customers. 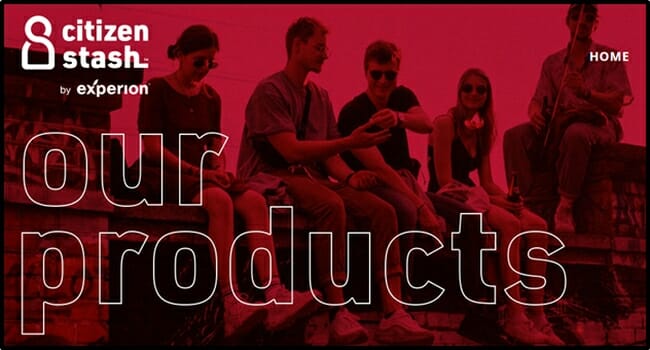 Jay Garnett, the CEO of Experion, founded Seattle’s Best Coffee Canada in 1993, and expanded it across the country until it was acquired in 2003 by Starbucks. Garnett was also the CEO of Steaz organic teas, which was ultimately acquired by the Mexican food and drink distributor giant, Novamex.

A month ago, Garnett addressed his shareholders:

“Our plan is simple, build a viable business and chart a path to profitability,” stated Garnett, “It is our belief that executing a plan to profitability will set us apart from our competitors while rewarding our shareholders and attracting new investors.”

“Experion opened the year with news of the EFX purchase [a research lab running clinical cannabis pain management trials] which catapulted the stock to almost a double, but then came a sell-off,” observed Equity Guru’s Chris Parry on June 2, 2019, “The company has had more good news than bad: they’re selling through Broken Coast, they’re supplying a few other LPs, and Open Fields in Saskatchewan.

In this September 13, 2019 Equity Guru podcast, Ethan Reyes asks Garnett about his views on the “ongoing sector-wide slump.”

The stock has been taken behind the woodshed, beaten, flogged, kicked and curb-stomped. 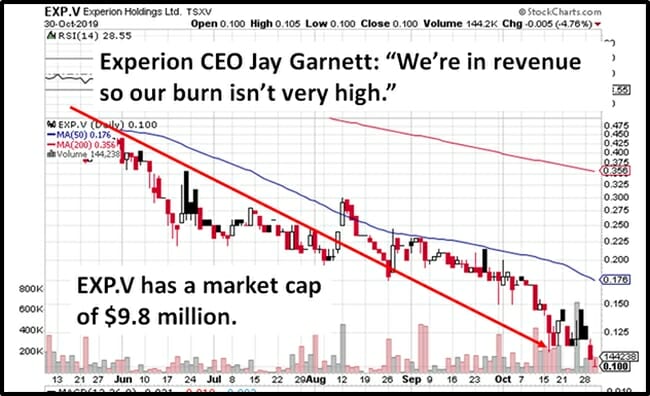 “We are extremely honored and proud of Liam’s nomination,” stated Garnett, “Liam brings a wealth of experience, but it is his pride and passion that stands out.”

“Liam’s position amongst the Top 5 in Canada was not a secret to the Experion team,” continued Garnett, “Liam’s expertise in his role is in line with Experion’s culture of striving for and adhering to the highest levels of compliance, which is evident in our recreational and adult-use brand Citizen Stash.

Shipments of Lemon Zkittle often sell out in hours.

“We increased cultivation and processing space by 50% in the third quarter of 2019 through improvements at the Mission facility,” stated Experion’s Management Discussion and Analysis (MDA) published this week.

In Q3, 2019 EXP shipped over 3,500 clones to two grow partners in British Columbia and Alberta with revenue from these partnerships being realized as early as Q4, 2019.

The Mission facility has undergone renovations, preparing for oil extraction and to increase processing space.  Now EXP can extract up to 24,000 kilograms of biomass annually from cannabis and hemp.

Winners in a total of 32 categories in the Cannabis Awards will be announced at the CCAs black-tie gala on November 8, 2019 at the Fairmont Royal York hotel in downtown Toronto.