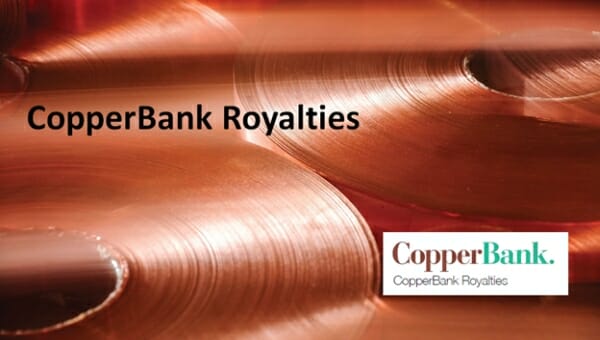 On October 22, 2019 CopperBank Resources (CBK.C) announced that it has established a wholly owned subsidiary, CopperBank Royalties.

CBK’s plan is to augment this portfolio of established copper projects by diversifying into a royalty model of potential cash generation.

What, you may be asking, is a “Royalty Company”?

Royalty companies give cash to miners in exchange for a share of the mine’s future sales.

It’s like lending someone $10,000 to build a bakery – with the baker agreeing to give you 1% of his bakery revenues.

If the bakery never opens, you lose.

If the bakery produces bread for 30 years, you win.

If the price of bread triples, you win.

If the bakery increases production, you win.

Editor’s Note: a “streaming company” is similar but it gets paid in bread, not cash.

Lacking the geological expertise to accurately assess risk – big banks typically tremble at the knees when they get close to a proposed mine site.

“If we make a bad loan to a one mine company, we own the mine,” stated David Scott, of CIBC Capital Markets in a 2017 interview, “and we don’t want to own mines.”

CopperBank Royalties will be launched with two royalty assets:

CopperBank is currently “evaluating other royalty assets for potential acquisition by CopperBank Royalties.”

The details/mechanics of the Contact Copper and Copper Creek royalty assets are still to be revealed.

“The royalty business model is a proven, cost effective way to significantly grow shareholder value in the natural resource space,” stated CopperBank’s CEO, Gianni Kovacevic – who is a legend in the copper space. 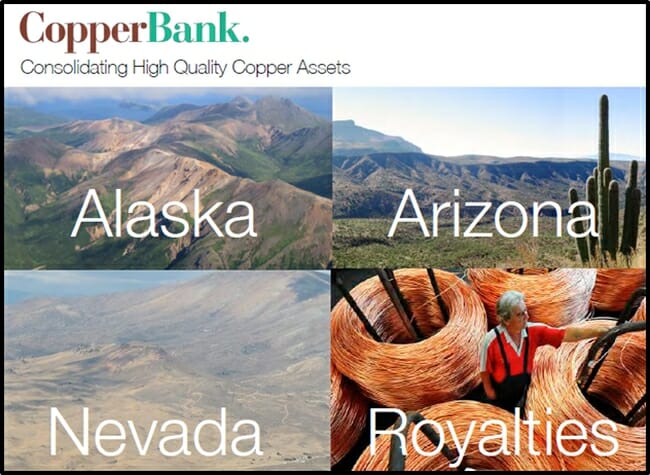 “The completion of any further royalty acquisitions, or potential spinout transaction and public listing of CopperBank Royalties will be subject to:

Building a mine is harder than building a bakery.  Which is to say: more things can go wrong.

Franco-Nevada (FNV.T) is the biggest commodity royalty & streaming company.  It has a market cap of $17 billion and 2018 revenue of $666 million with an operating margin of 30%.

The operating margin is a diagnostic on the core financial engine of a company.  It ignores freak expenses (one-time repayment of debt) or windfalls (sale of a building).

That figure of 30% indicates that metal streaming & royalty can be a very good business model.

Historically, big mining companies like BHP Billiton (BHP.NYSE) and Rio Tinto (RIO.NYSE) have scorned royalty deals, because they can raise money in the capital markets.  In recent years, that has started to change.

Copper is not currently a “hot commodity” in the retail investment community.

But it is still a thing.

In fact, it’s a rather big thing.

In July, 2019, the International Copper Study Group stated that copper demand has exceeded supply by 155,000 metric tons in the first four months of this year.

Sixty-five percent of the copper that is mined is used in electrical equipment, 25% is used in industrial machinery and the balance is used in construction.

The U.S. manufacturing economy is crippled, so the story (the driver of copper prices) is mostly about China.

There is a lot of hogwash written about the “U.S-China trade war” – including predictions that the U.S. will “win the trade war” (that ain’t gunna happen).

A 2018 study by Rabobank provides “a forward-looking picture of the detrimental potential economic effects of a U.S-China trade war.”

“China has responded to each imposed US tariff package with a retaliatory package of its own,” explained the report, “The result is that the economic pain that the US inflicts on Chinese exports will be reciprocated by China on US exporters in the same manner.” 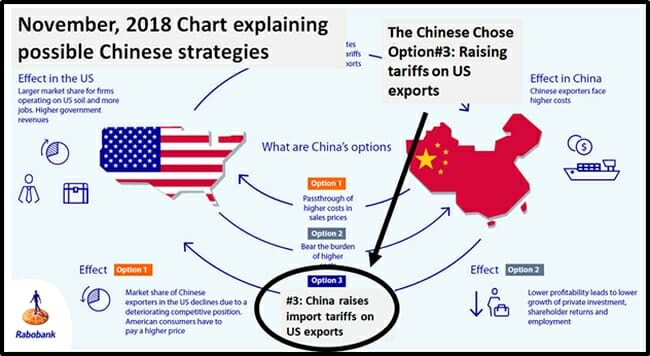 When you invest in a royalty company, you are betting that the CEO is a good at shopping (knows how to locate high quality goods at significant discounts).

Kovacevic spoke with Equity.Guru’s Guy Bennett about the wealth-creation opportunity in “the electrification of everything” and his philosophy of “buying from pessimists and selling to optimists.”

Stating that at base metal company is “cheap” is like noting that a cannabis company has “experienced a pull-back”.

ALL base metal companies are cheap.