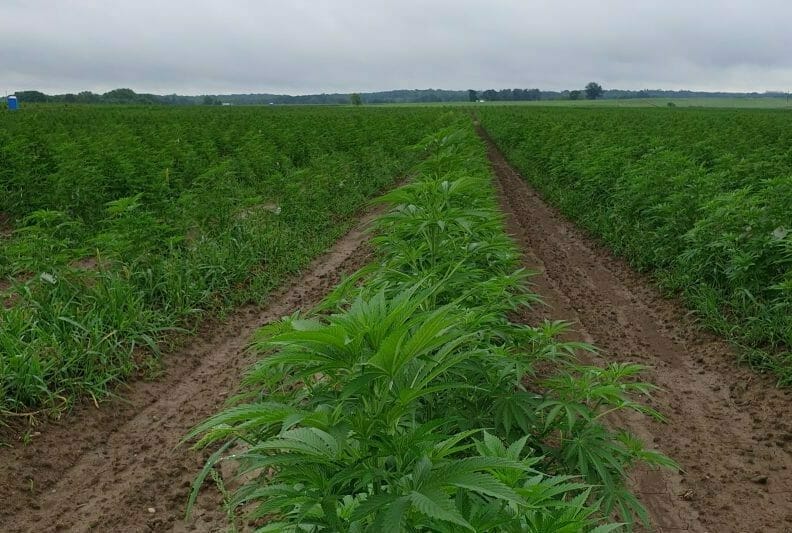 Fear and loathing in the cannabis space: Get off 48North’s (NRTH.V) dick already

The most important phase of the life cycle of any ecosystem is where the inhabitants realize they can get sustenance and advantage from killing the lifeforms around them, rather than cohabiting. Monkeys turn cannibal when food supplies are low, ants go to war with other ants, ivy strangles the trees hosting it, influenza kills the body it lives in.

Such is the cannabis industry, where we’re seemingly doing a lot less ‘building each other up’ recently, and talking about how ‘there’s room for everyone’ lately, and seeing instead a whole lot more ‘hey, that guy screws puppies, I’ve seen photos.’

I could house a daily column just on the rumours I’m hearing about folks in the cannabis business, like the ones growing nothing because it’s more expensive to grow their own than buy from competitors, the ones who incinerate entire grow rooms because the mold is rampant, the ones where security is so bad the staff walk out with literally millions of dollars in weed before management catches on (actually, that one was press released, but in code…).

One rumour doing the rounds this week, likely propelled by the fact that CannTrust’s (TRST.T) recent behaviour has made just about every rumour anyone has come up with seem feasible, was that 48North Cannabis Corp (NRTH.V) had lost their new fangled outdoor crop because some males got in among the field and made the ladies seed up.

The 48North executive and grow team, rich as it is with ladies itself, decided to take the high road and not feed the trolls by acknowledging their social media bullshit. Which is normally the right move, but if you leave the rumour mongers unchallenged, they’ll eventually be believed.

Rumor has it that 48 Norths crop went to seed
I’ve heard this from multiple sources now https://t.co/vd0hIV4GNG

So looks like the rumours are true about $nrth and their outdoor crop issues. I always knew that growing outdoor crop is very risky with so many outside risk factors and factoring Canada’s climate issues.

The above is untrue, and nobody ever presented evidence to the contrary but, in the public markets, if you don’t take on people who’ve made stuff up about you head on, you cede the conversation to them and others will take what they say at face value.

Of course, I could have written about all the above when everyone else was, and drawn many page clicks, but being an actual journalist comes with some rules.

In carpentry, you measure twice, cut once.

In journalism, you source twice, print once.

So, last night, I chatted briefly with the respected head honcho at another LP who knows everyone in the game, and he concurred that not only do the 48North crew know what they were doing, but also that they were honest as the day was long – and that, if they said the rumours were untrue, that’d be gospel.

So I then chatted briefly online with Jeanette VanderMerel from NRTH, who insisted she wouldn’t get dragged into the fight publicly because the rumours were SO off base it was annoying to her, but showed me images (since posted to her timeline) which showed nice healthy young outdoor plants a plenty.

For the record: @48nrth continues to be on track to meet our production target for 2019 and you can see it here. For a behind-the-scenes look at the #GoodFarm, check out our latest episode of See the Good https://t.co/1rtCDKsGxk #headwellnorth pic.twitter.com/LrWnvGvAYL

Let’s be clear; One of the risks of growing outdoors is, you could have a competitor shake a male at the front gate with a nice wind blowing behind him and actually cause an issue for the field. There will be crop losses, and NRTH actually factors those into their planning (unlike many others who are continually correcting as a result) but the indoor grows haven’t exactly proven themselves any different on that front, with Canopy apparently having kitty littered $6m in plants last quarter.

But risk is different to reality, and there are other motivations on this one.

It appears 48North have called for law enforcement in the cannabis space (and rightly so), so those who have embraced legality, spent large sums of money to set things up right,  and got their permits, can to do actual business without being undercut by those who don’t follow the rules.

That appears to have pissed someone off, and to be the crux of the issue here:

48 North is a joke of a company anyways. They actively call for more enforcement on the underground.

Yeah, that’s the same guy who, further up the page, appears to have been the starting point of this seeding gossip. Grudge against the company for encouraging law enforcement, starts rumour about ruined crop, others continue the rumour because we all like to ride a good ghost train, and when it all comes undone, everyone just slithers back to where they started.

Sure, the company stock might have fallen hard in the meantime and innocent investors may have suffered along the way, and the company itself has to waste time dispelling thin air bullshit, but hey, it’s just Twitter, right?

Only, this isn’t the first time 48North has had to face down these online rumors.

There have been rumours about there being no plants at all, about them losing their grow license, and just as this latest batch was being deflected with a deft Bruce Lee chop, others began claiming that local farmers were whining about water supply, or that the images seen don’t match with other images previously seen…

Good god, give it a rest.

You kind of knew 48North was going to take a beating as it tried to build out, for several reasons, almost all of them coming from fear.

Their decision to grow outdoors isn’t without risk as it’s much harder to control your surroundings outside, though it’s also cheaper and, if you’re growing for extraction, less focused on the traditional purity needs of medical smokers. But that decision will also prove problematic for the more expensive indoor grows, should they get it right and make a decent return on their experiment.

Another risk for 48North comes not with the business model but its gender makeup – there are some who can’t stomach women having an expanded role in ‘their’ industry and will refer them to in a derogatory manner in terms like ‘soccer moms’ and ‘noobs,’ in ways they wouldn’t if men had the wheel.

This happens a lot in the public markets, where women fronting deals are frequently invited to ‘come and tell us about your mommy business’, and it’s a shame the cannabis world isn’t more advanced than the 1970’s mindset of the financial sector. For a lot of our dealmakers, if you can’t fuck it and it isn’t making you a drink, it shouldn’t be in the room when money is being discussed.

Get over it, boys.

I don’t have a dog in this fight – 48North isn’t a client of mine, and I’ve had no commercial connection with their crew in any way, but for the fact that some of them started the operation TGOD came to market with.

What I do know is this:

They’ve planted, they’re harvesting soon, and they should be judged not by the repeated nature of rumours put out by poor actors motivated by misguided purity tests, or by out of date sexist thinking, or by the fear that people doig it different may actually end up doing it better – but by the excellence of the products leaving their farm.

FULL DISCLOSURE: Don’t own NRTH, not a client, don’t care if they win or lose. We just want honesty in the market. 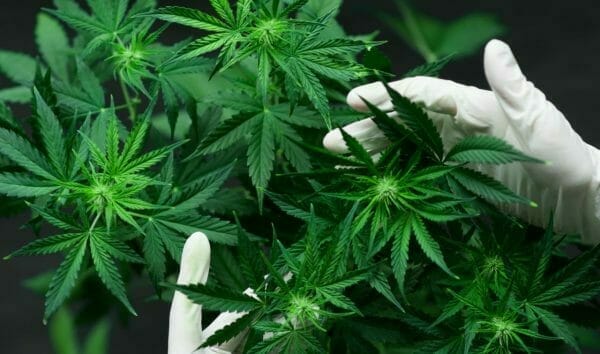 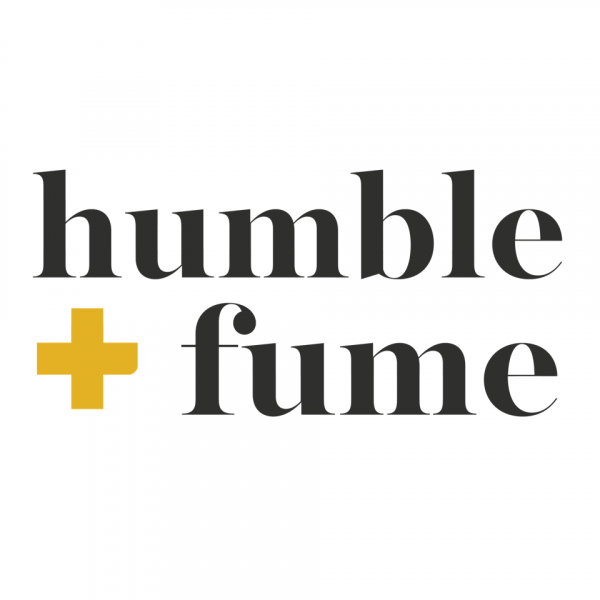 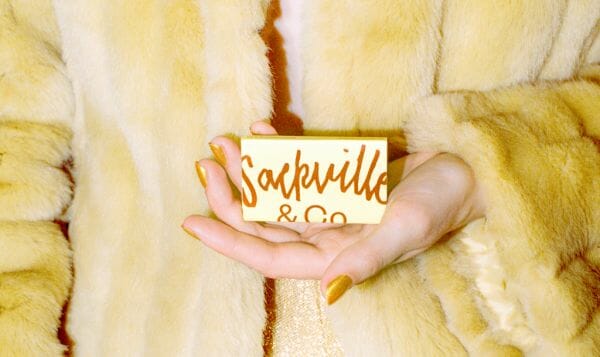 4 thoughts on “Fear and loathing in the cannabis space: Get off 48North’s (NRTH.V) dick already”