Canopy Growth (WEED.T) loses $1.2 billion as warrants blow up in their face, while junior’s thrive 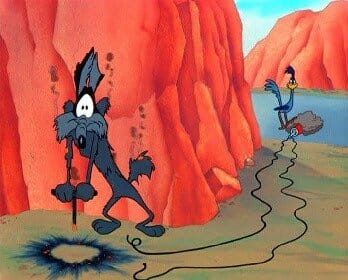 The cannabis space in 2019 has proven to be a capricious landmine where greedheads and criminals shortchange long-term prosperity for short-term gains, and the loser in this gambit is invariably you, the investor.

Due diligence done displays greed, arrogance or incompetence at all levels of the market, and it’s a matter of time before any given company missteps, whether it be direct and criminal as in the recent CannTrust (TRST.T) debacle, or through misdirection or incompetence. Sometimes, though, it’s just plain bad luck.

Here are some companies doing their best to whether the storm.

Canopy Growth (WEED.T) is the biggest cannabis company in the world with a $14.7 billion dollar market cap and business all over the globe. When they get a cold, the entire cannabis industry gets pneumonia.

In comparison, Trulieve (TRUL.C) is a vertically integrated seed-to-sale medical cannabis multistate operator (MSO) with dispensaries throughout Florida, but with branches in California, Massachusetts and Connecticut. Their market capitalization is a fraction of Canopy’s at $414.4 million.

That one-time, non-cash charge was $1.2 billion worth of warrants bought by major stakeholder Constellation Brands (STZ.NYSE) last year when they penned their groundbreaking deal with Canopy. It probably looked like a great deal at the time and the relationship with Constellation has definitely worked in Canopy’s favour, but that’s a large chunk of cash to lose.

Some debt, but largely a respectable revenue. It’s also interesting to note that given their relative size and reach, Trulieve’s revenue is only $32.6 million dollars less than Canopy’s.

You have to parse the sneaky cannabis industry accounting practices to get the true number in the gross profit column. After discounting the fair value adjustment on growth of biological assets, which is a projection on potential profit and not profit itself, then the total for Trulieve comes out to about an $800,000 loss this quarter.

What you don’t see here is warrants blowing up in their faces, or an insurmountable amount of debt bogging down their balance sheet.

Let’s look at some other companies:

U.S. MSO iAnthus Holdings (IAN.C) has a market cap of $568 million, with revenues of $18.5 million with a comparative comprehensive loss of $18.26 million. They were a billion dollar company not long ago, but suffered an investor revolt, which they have since atoned for.

MedMen Enterprises (MMEN.C) has a $342 million market cap, and had $130 million in revenue and recorded a net loss of $63.1 million. We’ve written fairly extensively about this company, and it’s a marvel that their net loss is so low given how poorly they’re managed.

All three of these are examples of companies that have managed the slings and arrows of outrageous fortune common to the cannabis space in 2019, and with the exception of MedMen which could do with an attitude adjustment, these are companies that should get more attention than they do.

Instead, investors have a tendency to look at who the movers and shakers are—at the Aphria’s (APH.T), the Aurora Cannabis’ (ACB.T) and yes, the Canopys—and figure that since they’re so big, they must be doing something right. But due diligence would suggest otherwise.

But who knows? Canopy’s been in trouble before. Maybe they can buy themselves out this time too.