Nexus Gold (NXS.V) sets its sights on yet another acquisition in West Africa 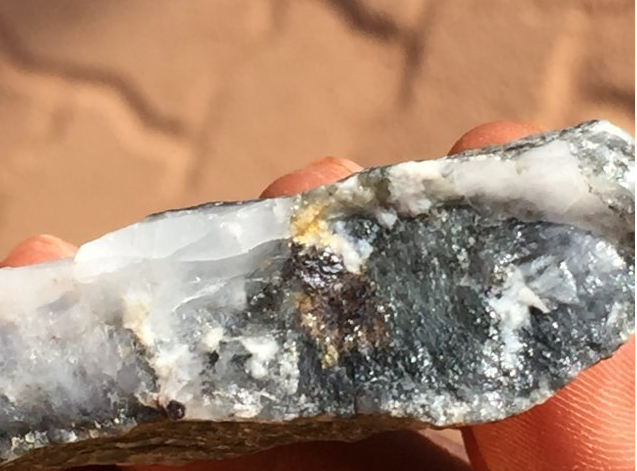 In yet another move to grow its landbank of prospective gold projects, Nexus Gold (NXS.V) is looking to expand its acres in Gabon, a country located in West Africa. This marks the fourth significant acquisition so far this year.

Where is Gabon exactly, and why is Nexus Gold interested?

As you can see, Nexus is eyeing a piece of terra firma in the west-central region of the continent.

A well-established oil and gas industry has proven this West African nation to be investor-friendly. And importantly, the regions precious metal potential is vastly underexplored.

Gabon’s 270,000 square kilometres share a border with Cameroon to the north, the Democratic Republic of Congo to the east and south, and Equatorial Guinea to the northwest. To the west is the mighty Atlantic, the Gulf of Guinea to be specific. Gabon’s population is roughly 2,096,745 and Libreville is its capital.

A couple of random facts about Gabon:

This acquisition is not a done deal. Not just yet. Nexus has signed a letter of intent (LOI) with a private firm (Aurem Resources) and is currently giving three exploration permits a thorough once over before signing off on the deal. These three permits total some 4,102 square kilometres in this West Africa nation. That’s a fair amount of ground.

Having tied up a considerable amount of acreage in numerous geological sweet spots around the globe, Nexus may decide to tear a page outta the ‘Prospect Generators’ playbook for one or more of its projects.

The prospect generator business model (PGBM) involves taking on a partner, typically a larger company with deep pockets, that comes in and does most of the heavy lifting.

This is how it usually plays out:

You might be wondering, “where’s the sense, why sell the whole damn farm?”

Exploration is a capital-intensive game. By entering into a JV deal with Deep Pockets, the project moves forward as the larger company does the lions share of the heavy lifting and takes on most of the financial risk.

In some cases, depending on the kind of deal struck, the ExplorerCo’s minority interest in the project is carried straight through to a production decision. And in certain cases, the ExplorerCo is given the opportunity to serve as project operator.

Importantly, entering into a deal of this nature negates the need for what can turn into and endless succession of dilutive financings. To say that mining is a capital-intensive affair is a huge understatement.

And this retained minority interest, typically 25% to 30%, ain’t peanuts if we’re talking about a multi-million oz gold resource at the end of the day. It can be argued that the prospect generator biz-model gives shareholders a much greater bang for their buck.

If you have a large portfolio of projects, as Nexus most certainly does, you can apply this biz-model across the board with any number of JV partners.

Prospect Generators Are a Large Part of Our Portfolio: Joe Mazumdar

Will Nexus use the prospect generator model going forward? This is a smart crew, I’m sure they’re examining every option.

My guess is that management will maintain 100% control of one or more projects—those it deems most likely to result in a major discovery—and JV the rest.

Herein lies the allure of Nexus Gold. Theoretically, we could see them going it alone, drilling their most coveted 100% owned ground while their JV partners advance the balance of their project portfolio.

Multiple drill programs, multiple irons in the fire… not a bad strategy in a sector that could be on the verge of a major breakout.

Back to the Gabon concessions

The project portfolio consists of three different concessions, each encompassing between 1,200 and 1,500-sq kms, in Gabon, which is located on the west coast of Africa and is serviced by excellent infrastructure including a deep-water port at the capital city of Libreville. The projects are ideally located within 300 km of Libreville. The permits pursuant to this LOI are currently under application and the Company anticipates they will be issued shortly. Gabon has a proven investor friendly environment with a large oil and gas industry being present over several decades and is considered underexplored for precious metal deposits compared to other countries in the region.

There are not that many mining-friendly regions on our planet that have not already been subjected to intense mineral exploration. Gabon may be one of them.

Gold mineralization appears to have strong structural controls along these concessions, where two styles of gold mineralization have been observed: A pyrite-rich massive sulphide sitting at the contact of a deformed mafic volcano-sedimentary sequence, and a thick black shale unit.

“The ground under consideration by Nexus in Gabon is a very large area that is highly prospective for gold. Previous work by earlier operators has indicated the potential for high-grade resources, and indeed the work done previously is an excellent starting point for us, saving the Company millions of dollars of upfront expenditures. Gabon itself is a very stable environment in which to work and has had little recent geological work undertaken. We feel it offers the Company a strong opportunity to be at the forefront of the development of a potentially new and exciting gold province.”

Historical results along the main mineralized trend on the project include:

Roughly 1,000 metres of core drilling was completed in the central gold-in-soil anomaly of one of the permitted areas where high-grade gold mineralization in a 120-metre-wide deformational zone was encountered.

“The historical work and regional data we have examined so far is compelling. We are eager to dive more vigorously into the due diligence process here and acquire as much data on the concessions as possible. This is very much a district-scale opportunity for Nexus. Land packages of this size with exploration upside don’t come along every day. With the gold price showing significant strength recently and the potential to reach even greater levels in the near future, an acquisition of this type and scale has the ability to add substantial value.”

As we were clear to note further up the page, this ‘district scale opportunity’ is not a done deal. Aside from waiting for the receipt of all necessary permits, the Nexus team is being very thorough here, learning the lay of the land, making certain the concessions are in good standing, ensuring the geology is there before putting their signatures to paper.

Gabon represents yet another potential arrow the Nexus quiver. This company is all about adding shareholder value.

The company’s project portfolio spans from Burkina Faso to the gold mining capital of the world – Red Lake, Ontario.

Looking at the price of gold, significant gains have been registered in recent weeks. Having attained higher ground, the metal is currently consolidating its wins.

Equity.Guru’s Lukas Kane has been following the gold market closely too. He’s authored two informative and well-timed articles in recent weeks. Both pieces can be found here and here. I agree with Lukas 100%: Gold is getting interesting.

I feel somewhat emboldened in my conviction towards all things gold when the likes of Paul Tudor Jones II – consummate trader, hedge fund manager and original Market Wizard – singles it out front and centre…

If gold has indeed turned the corner and a new uptrend is intact, this could get good… real good.

Aggressive ExplorerCos like Nexus, those trading at sub-$10M market caps, could be due for multiple sustainable moves to the upside.

Worth some serious due diligence, this one.