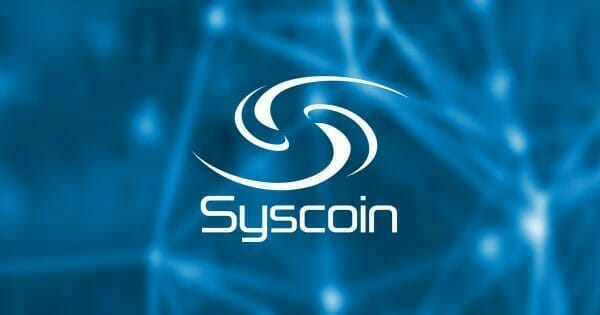 We started writing about Blockchain Foundry (BCFN.C) in the summer of last year when blockchain companies were busy doing the rope-a-dope from frequent market poundings. They were a question mark, making big promises about the future and hoping to catch a favourable bounce.

Here’s what they promised:

The first two problems in the above list were complicated for a proprietary coin based off the Bitcoin core code.

Allow me to explain:

There are a handful of solid axioms when it comes to blockchain technology.

One of the majors is that coins don’t mingle.

Bitcoin, Ethereum, Dash, Zcash, or Syscoin don’t have anything to do with each other. Mostly because a few of those coins are forks of Bitcoin—with Ethereum being the exception—and Ethereum can’t interact with the other coins because of the differences in core code.

In order for Syscoin to develop a decentralized marketplace, it needs to somehow adapt the ethereum blockchain’s core code, or find a way to attach to it.

Their solution was the interoperability bridge, which gave investors access to the business opportunities offered by the decentralized application (d’App) marketplace on the ethereum blockchain.

Another axiom is that you can’t buy a cup of coffee using cryptocurrency because it takes too long to make a transaction.

But Syscoin had that one covered by their Zero Confirmation Acyclic Graph, which enhances the network by removing needless data from the blockchain to increase the speed of data-flows.

The takeaway here is that Blockchain Foundry has potentially accomplished something new and exciting in the world of blockchain by solving two of its major problems.

Now Blockchain Foundry has delivered on each of its promises, and is about to unleash Syscoin 4.0 on the world.

This is how market responded: 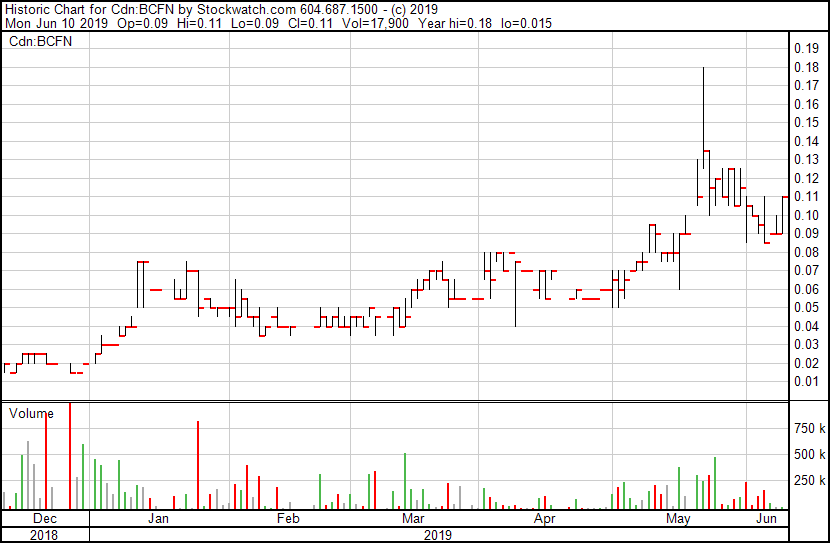 If you bought in back in December—corresponding not just to our coverage but also to the coldest depths of the crypto-winter—they were trading at $0.02 and you look like a genius right now.

Blockchain Foundry also released their proprietary Syscoin Spark as a complement to the release of the Syscoin 4.0 protocol. 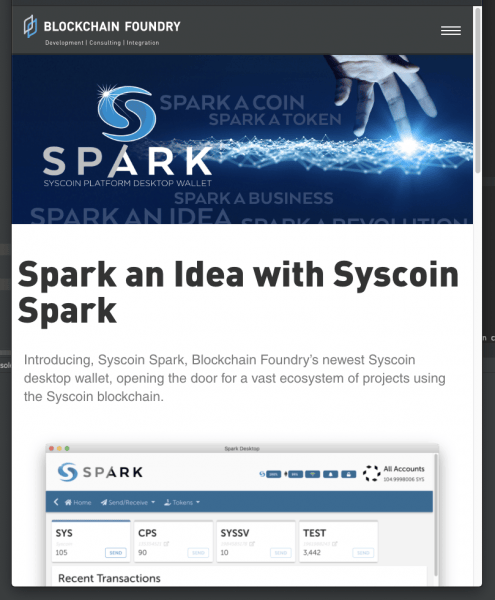 It’s a desktop-based blockchain client that incorporates all the functionary of the Syscoin 4.0 ecosystem. It allows the user to issue tokens, mint, transfer, burn and move tokens over the interoperability bridge to be used in D’apps on the ethereum blockchain.

The Spark wallet also allows for customers to take advantage of Bitcoin Foundry’s partnership with the Lode Community, and their proprietary stablecoin Lode.

It’s easy to speculate that the return of bitcoin’s good fortune would spell a resurgence of interest in blockchain companies, and the answer there is a tepid maybe.

Neptune Dash Technologies (DASH.V) can finally stop rooting through their couch cushions for ramen-noodle money as their stock price rose briefly to $0.20 on Dash’s rise, and then dipped back down to close today at $0.155.

In contrast, we have hopeless eXeBlock Technology (XBLK.C), a blockchain software company that missed the boat entirely and all but surrendered, which has been trundling along at $0.03 since February.