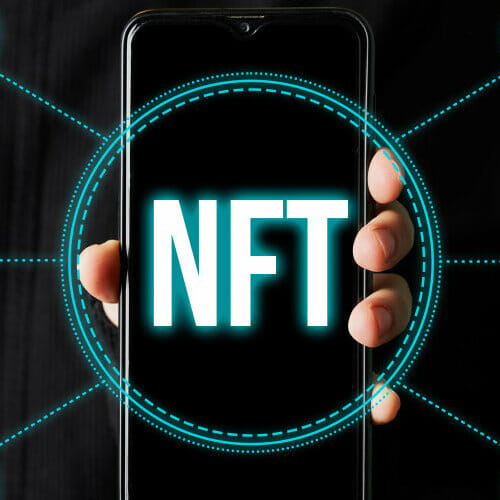 Blockchain and its ancillary products has a hype problem. We saw it in 2017 when the tech blew up and public companies started putting blockchain in their name to take advantage of the buzz, only to drop it (well, most of them anyway) when the bubble burst. The problem? It was a revolutionary technology that nobody knew how to use, nor particularly cared, as long as it would pad their market cap by a few extra million. Now it’s five years later and we’re seeing the same thing with non-fungible tokens (NFT).

Granted, it hasn’t gotten so far to see companies loading up the three letters somehow into their names, but the core issue behind the froth is still the same. It’s a technology with a great potential to be disruptive that nobody has really figured out how to use correctly yet.

But some folks are figuring it out.

First, a refresher for the guy who just wandered in off the street and wants to know what it’s all about:

What are Non-Fungible Tokens

A non-fungible token is a non-interchangeable unit of data stored on a blockchain. Types of NFT data units may be associated with digital files such as photos, videos, and audio. NFT’s provide a certificate of authenticity of proof of ownership, even as the legal rights so far are uncertain. They don’t restrict sharing or copying of the underlying files, and don’t convey copyright of said files, nor prevent the creation of NFTs with identical associated files.

They provide ownership of the NFT and they point at certain files on the blockchain.

NFTs have been around for awhile. The first known NFT was created in 2014. It was called Quantum and it was registered on the Namecoin blockchain and sold to Dash for $4. They didn’t really get public recognition until the Ethereum-based d’app cryptokitties started selling tradable cat NFTs, and they didn’t really take off until 2020 when their total worth jacked up to $250 million on a mix of art, games, music and other commodities.

Beyond folks in the private sector finding new and cool ways to use NFT and blockchain tech for things like Real Estate, here are a handful of public companies involved in the sector.

Coinanalyst is one of the newer cryptocurrency companies on the block. Their core product aims to be the Bloomberg terminal of crypto—offering access to stats, charts and influencers. They also tout something called the Passion Economy.

The passion economy involves doing what blockchain is best at—and that’s cutting out the middleman. In this case it’s for musicians.

Coinanalyst recently purchased Rockstock Equities, and intends on using it to add an NFT revenue generation function to their existing platform. It will let artists directly monetize their music, create their own pay per view and get involved in NFTs. For fans, it includes a function co connect and support artists they enjoy through an online competition, and also get in on the NFT buzz.

It’s one avenue towards cutting out the Spotifys or the YouTube or even worse, the music industry, altogether.

It’s also sadly not a new idea and it’s built on a model wherein distribution becomes a problem. What the Spotifys and the YouTubes and the music industry offer aren’t so much big contracts, but distribution and clout.

Is it a good use of the tech? Yes. Is it necessarily a wonderful revolutionary way of doing things? No.

More of the same, actually. It’s not like you can’t make money or have a decent living from self-publishing—you can. But it involves a lot more work that the middlemen of the world are generally better at doing.

Graph Blockchain has been through a number of re-brands since their inception in 2018, so it’s difficult to pin down exactly what they do. Right now, they’re offering access to cryptocurrency, cryptoassets and mining.

Their latest move mirrors Coinanalyst above, but while COYX is trying to bridge the gap between artists and users, Graph Blockchain is trying to do much the same for charities. It’s a curious connection, in truth. They recently picked up Niftable, a charity focused NFT company, to help expand their growing base of NFTs and other cryptoassets.

“Graph’s acquisition of Niftable provides us exposure to the charity NFT market, with hundreds of thousands registered charities globally, and will benefit artists to digitally showcase their talents and give them a segue into the world of charities,” said Paul Haber, Graph’s chief executive officer.

They’re branching out from engaging in the passion economy functions like Coinanalyst above and artist and celebrity NFT launches like BCFN below, and into more connecting charities with artists via NFT.

Blockchain Foundry is also involved in art, but from a different direction. They’re doing limited NFT drops, which they advertise on LastKnown.com, the webpage of their subsidiary. But instead of going big with names already well known and recognized, they’re aiming for more of a street-level vibe, featuring niche artists only a few have heard of in an attempt to raise their profile while making a brand for themselves. 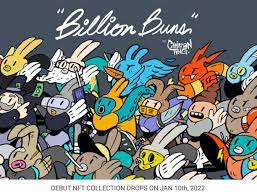 But it’s not like they’re focusing on nobodies either. Carson Ting, the real name of Chairman Ting, artist behind the Billion Buns stable of NFT art, has won awards, and is an ex-advertising art director with over 21 years in the business. He’s worked with brands like Nike Jordan, Lexus, Sony, Vespa, and Toyota.

And yes. They’re selling out.

“Interest in LastKnown continues to exceed our expectations, and we are thrilled to have sold out 100 per cent of all Billion Buns NFTs for our first official drop. We are looking forward to repeating the success we had with our first drop, and we have prepared a great lineup of 10-plus quality artists already interested in releasing exclusive collections on the platform. We look forward to sharing news about upcoming artists next week,” said Dan Wasyluk, chief executive officer of Blockchain Foundry.

It’s difficult to say there’s anything interesting or novel about what CWRK is doing with their novel rare-care collectible NFT drops. Remember that the NFT doesn’t confer ownership to anything but itself—therefore, the classic cars they point too? Not owned by the buyer. Also, the images the classic cars the NFT points too? Also not owned by the buyer.

Here’s what they went for:

Someone paid $5,700 for a crypto-asset pointing at an image of a classic car encoded on a blockchain that can be seen by anyone, and performs no function. There’s no music being distributed here. No artist being launched. There’s only the static image of the car.

And people pay six grand for that. That’s the purest example of decadence, right there.

Click on the Lot links in the story to save yourself roughly $15,000. You’re welcome.

Finally, we have Color Star Technology, which is equal parts, blockchain, artificial intelligence and is essentially an online entertainment company focused on music. They’re also a fairly good example of where NFTs and blockchain-based products are going next—and that’s into the metaverse.

They have something called Color World—which is a metaverse platform available on the Apple App store and Google Play store.

“For catering, more and more people now prefer advanced or novel experiences. At the same time, for merchants, it’s not that simple as before for a brick-and-mortar store to keep the store and customers. Technology, for the catering industry, will stimulate new business opportunities, wider spread in various forms, and can also be structured into the physical industry at any time, which is what the catering merchants needed,” said Lucas Capetian, CEO of Color Star.

The relationship between NFTs and the metaverse may not be immediately apparent until you realize that everything you buy, sell, do, build-with, and interact with in any way is probably a non-fungible token.

Here’s a vid on what Color World offers:

You can generally find better uses for NFTs elsewhere, but if you’re looking to set up a virtual business like some have in the metaverse, you’re going to need to get really familiar with OpenSea or other places to buy NFT.

Granted, the best drops apparently happen directly inside The Sandbox and Decentraland metaverses, respectively, so maybe it might be a better idea to start there.