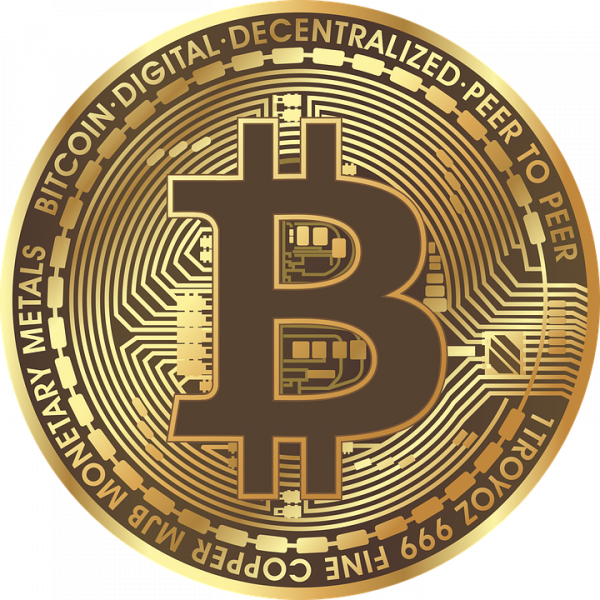 Blockchain’s a dense topic with a lot of moving parts that can be confusing to the uninitiated.

It’s one of those topics that you never stop learning about once you get started.

If we’re going to discuss some of the denser, more difficult topics later on, we need a good foundation in the fundamentals.

Blockchain and cryptocurrencies are still in their infancy and as Bitcoin splits off into a million different directions it becomes harder to keep track of all of the iterations.

That’s why this week’s Deciphering Cryptocurrency is discussing soft forks, hard forks and the spinoffs and confusion they create.

But first – some definitions:

A hard fork alters the validity of previous transactions on the chain, making them either valid or invalid depending on the change. A chain split creates two or more competing versions of the original chain that share the same history up to a certain point.

One path follows the new upgraded blockchain and the original coin continues along the old path. All of the infrastructure running previous versions will need to upgrade to the newest version.

Usually, folks using the old blockchain realize that theirs is now obsolete and upgrade to the latest version. Sometimes, though, miners can’t reach a consensus on which coin should be followed and this facilitates the creation of a second, competing coin with all of its own infrastructure.

A soft fork also includes a change in the core blockchain protocol, and can also include the creation of an entirely new coin. Instead of all the transactions changing validity, only some do, and most of the old infrastructure will recognize the validity of any blocks made after the fork.

Soft forks are backwards-compatible, meaning that they will recognize everything up to date that’s happened on the blockchain.

This kind of fork requires only a majority of the miners upgrading to enforce the new rules, as opposed to a hard fork which requires all nodes to upgrade and agree on the new version.

Soft forks have been used on the Bitcoin and Ethereum blockchains, among others, to implement new and upgraded functions.

Why forks can be dangerous

After too many sustained hard forks there are too many coins and it gets hard to determine which coin is the best to sink your money into, or which blockchain protocol is the best to use to run your business.

This can sabotage investor confidence, and add another layer of confusion on top of an already confusing subject.

This isn’t an issue that can be resolved by a software patch, but instead requires strategic decision making from the branding and public relations people behind the coin.

Ultimately, the market is always the final arbiter. 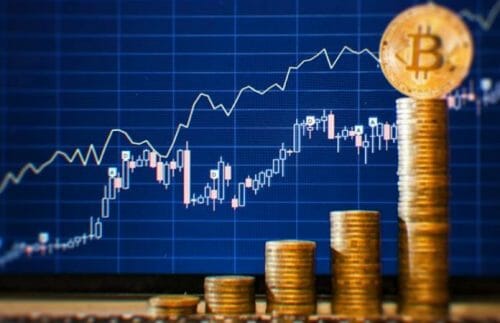 It’s often referred to as Bitcoin Core when discussing its various line of subsidiary blockchain forks. It’s considered to be the template on which blockchain operates. As a progenitor technology in a field rife with innovation, its both real and perceived weaknesses have been isolated and new coins are spun off regularly to account for them. Most of these fail.

Regardless, it still remains the heavyweight champion of the cryptocurrency world, because Satoshi Nakamoto’s vision still resonates today.

“The root problem with conventional currencies is all the trust that’s required to make it work. The central bank must be trusted not to debase the currency, but the history of fiat currencies is full of breaches of that trust,” said Satoshi Nakamoto in his white paper.

The price started climbing earlier this month and it’s still climbing despite its many flaws, and it’s expected to climb up even further in the near future.

$BTC is currently forming a symmetrical triangle and that means a 60% chance of breaking upwards on its way to $10K.

It’s important to keep a closer look because when it will confirm a direction, alts will retrace.

But for now, we have approx 2 weeks to enjoy the altcoin party. pic.twitter.com/lD3KoZb4va

Even if you don’t have the cash required to get in on Bitcoin right now, you can still take advantage of the cheaper altcoins that will ride on its coat-tails.

Zcash was originally created as an encrypted, privacy-enhanced fork of bitcoin when it launched back in 2016.

If kryptocal.com’s digital countdown is to be believed, Zcash is set to fork in under two months and create an entirely new coin called YCash.

Zcash is one of the three ‘privacy’ coins, allowing for stealth transactions that are invisible and untraceable. Ycash is expected to carry on this legacy, which could make it an interesting alternative to Bitcoin in the future.

Even Edward Snowden himself complimented the coin’s architecture. He specifically praised the professional and scientific approach taken during the coin’s development.

Agree. Zcash’s privacy tech makes it the most interesting Bitcoin alternative. Bitcoin is great, but “if it’s not private, it’s not safe.” https://t.co/HqwQOvSCiz

Regardless of the specifics, all of the major sources of information agree that Zcash is going to fork quite soon. It’s largely regarded as a ‘friendly-fork’ which means that the Zcash will likely be absorbed into Ycash, but in the event that the friendly fork isn’t quite so friendly, there’s a chance you’ll be the happy beneficiary of a double-up, acquiring one Ycash token for each Zcash token you own at the same price.  Sell off quick and double your money.

The overall market sentiment is generally positive for Zcash’s price.

Bitcoin Cash forked off of Bitcoin in mid-2017 because of a disagreement between Bitcoin purists and a new group that preferred an updated form of the currency that would allow for larger blocks, and theoretically, more transactions per second. The idea was intended to tackle blockchain’s scalability problem, but its limited adoption has hampered this aim.

Bitcoin Cash tends to have lower fees when both networks are loaded with transactions due to its larger block size, but it doesn’t have as much community recognition, and fewer wallets and exchanges support it when compared to Bitcoin.

One of the largest problems associated with any kind of fork is human error.

Earlier this week, Bitcoin Cash hard-forked as part of a standard software upgrade and not everyone got the memo.

The mempool is the queue for all the pending transactions on the blockchain awaiting approval by a miner.

“Looks like there was a small bug in the mempool-acceptance rules for after the [hard fork]…From what I currently understand, it looks like the operation count was being validated with the old rules, not the new one.”

But if they’re all idiots, you’re boned.

Once upon a time, Bitcoin could be mined by Joe Schmoe sitting in his mother’s basement in his underwear at 3 a.m. and piled together by the thousands on a terrabyte external hard-drive. The amount of required computing power was so low then it was worth it for hobbyists and crypto nerds to participate.

All you needed was a high-end graphics card and the ability to see the future to determine if Bitcoin was going to hit.

Times were weird and times were good.

An example of how weird times got was when Laszlo Hanyecz paid 10,000 Bitcoins for two delivered Papa John’s pizzas in May 2010.

“I’ll pay 10,000 bitcoins for a couple of pizzas.. like maybe 2 large ones so I have some left over for the next day. I like having left over pizza to nibble on later. You can make the pizza yourself and bring it to my house or order it for me from a delivery place.”

—Laszlo Hanyecz on Bitcointalk’s forums in 2010.

Eventually someone took him up on the offer and Hanyecz ended up eating a meal that, only eight years later, would be worth $8.6 million.

Then it was over.

Various industries realized that there was a shit-ton of money to be made in cryptocurrency mining. The technology improved from GPU’s to computers using application specific integrated circuits (ASIC), which are wall-to-wall computers designed solely to mine crypto. The difficulty and cost of acquiring the coins shot up, and soon the little guy in his underwear couldn’t compete.

Bitcoin Gold forked off from Bitcoin blockchain on October 24, 2017 to create a ledger with ASIC resistance, and give mining back to anyone with an off-the-shelf computer.

It was immediately hit with a distributed denial and service attack (DDOS), and subject to withering criticism from both Coinbase and Bittrex for the slapdash way it was put together.

Bitcoin Gold was hacked in May, 2018 using a 51% hashing attack. This variety of attack makes it possible to alter the blockchain ledger and spend digital coins more than once. As a result, 388,000 BTG worth approximately $18 million USD were stolen from several cryptocurrency exchanges.

The team refused to help pay some of the damages and Bitcoin Gold was delisted from Bittrex.

Lately, though, BTG has enjoyed an upsurge, getting a double-digit boost in April after the successful launch of a new wallet.

It’s not uncommon for companies to pick up a coin of their own. These ones are hard-forked from one of the principle source-codes and retrofitted to meet their own specifications.  Bitcoin SV is one of those coins.

The SV stands for Satoshi Vision. The intent behind the hard fork was to create a blockchain iteration that would cleave to Satoshi’s original vision for Bitcoin by using the original Bitcoin protocol and core design.

It was first announced in August 2018, and hard forked off from Bitcoin Cash after the November 15th 2018 network upgrade resulted in a hash war to determine what chains would be split.

The maintenance of the Satoshi Vision coin is the responsibility of nChain employees – Daniel Connolly and Steve Shadders.

nChain is looking to enhance the Bitcoin SV cryptocurrency. Their efforts include:

Bitcoin SV’s price is fairly volatile, but it has quickly climbed to the top 10 of cryptocurrencies.

If there’s one thing that crypto-investing shares with market-based securities investing it’s that smart investors invest in the CEO and the leadership of the company over the product.

If there’s a problem with Bitcoin SV it’s that its creator, Craig Wright, is something of a character.

He’s claimed to be Satoshi Nakamoto, Bitcoin’s quasi-mythical creator, and others have naturally called him a fraud, and now the lawyers are getting involved.

It’s really not good optics for blockchain’s pursuit of mainstream acceptance to have the managers of one of its premier coins acting like children.

But blockchain and cryptocurrencies are in their infancy, and we’re eagerly anticipating the arrival of a grownup any day now.

Maybe it’s around the next fork.