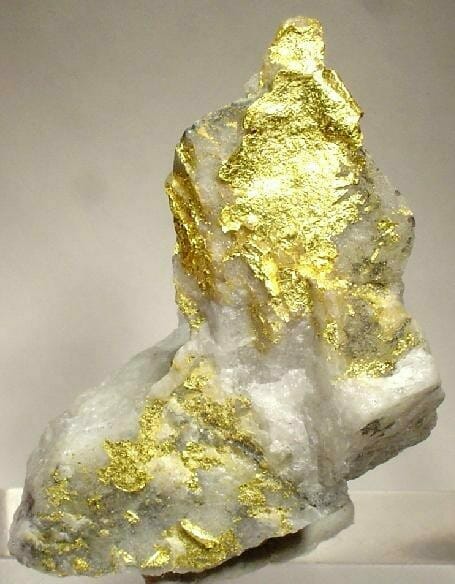 Two weeks back, Nexus Gold (NXS.V) announced it had entered into an LOI (letter of intent) to acquire the McKenzie Gold Project in the prolific Red Lake Mining Camp of northwestern Ontario.

Yesterday, Feb. 12, the company announced that it was satisfied with their due diligence on the project and has moved things forward, signing a definitive agreement to acquire those highly prospective Red Lake acres.

The Mckenzie project is in a good neighborhood – it’s surrounded by the likes of Goldcorp (G.T), Yamana (YRI.T), Pure Gold (PGM.V) and Premier Gold (PG.T). 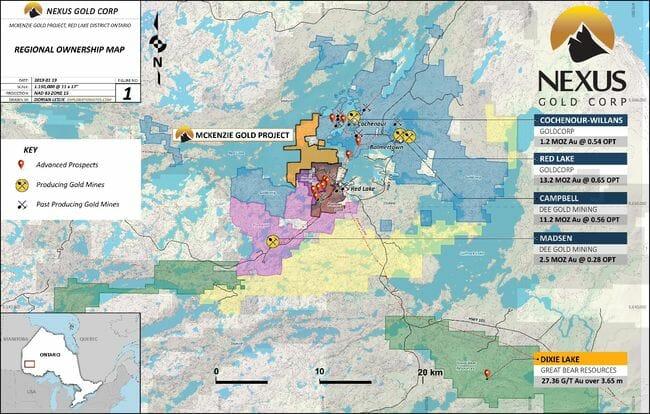 This was a real heads up move on management’s part, snapping up these 1,348.5 hectares only one week after it was dropped by another junior ExplorerCo.

The price of admission? Four million Nexus common shares and a one-time cash payment of $150,000.

Nexus management are shrewd negotiators: they managed to knock down the stock component of the transaction, announced in their Jan. 20 press release, from six million NXS common to four.

The fact that this deal got done with NXS common representing the bulk of the transaction, speaks volumes – the vendor of the project obviously has tremendous faith in Nexus management, their ability to execute, and the underlying geology of the area.

This 2005 hit occurred within a strongly silicified, sericite-altered, east-west-trending mineralized zone up to 600 meters long and open along strike and at depth.

In the southwest corner of the island, a new showing – a 12 cm wide, low-angle quartz vein exposed from the shoreline over a length of 2.0 meters – was discovered. High-grade samples from this vein ranged from 9.37 g/t Au to 331 g/t Au.

Although this vein is narrow, and the strike length is unknown, it demonstrates the untapped potential of the island (Red Lake is known for its narrow high-grade veins).

From the Feb. 12 press release…

We covered the Mckenzie project in detail on Feb. 1 in the following Guru article: 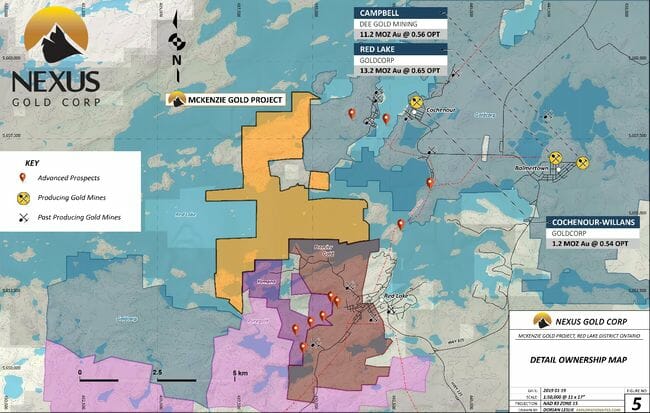 “The acquisition of the McKenzie Gold Project adds a Canadian-based project with high-grade potential, in a marquee district, to our portfolio. Nexus now has a total of six projects on two continents, in prolific and proven gold producing regions. With multiple types of exploration targets and excellent jurisdictional diversity, we feel Nexus is well positioned for growth in 2019 and beyond.”

Nexus Gold to raise up to $2M in Private Placement:

Each unit will consist of one common share and one warrant exercisable at $0.18 for a period of 2-years.

The funds will be put to good use.

The company plans continue drilling two of its projects in Burkina Faso: 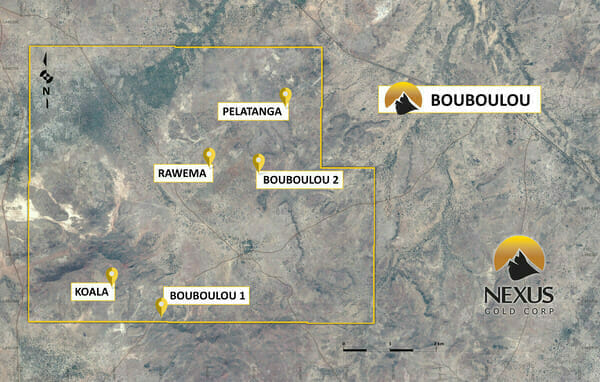 And at it’s Rakounga Project… 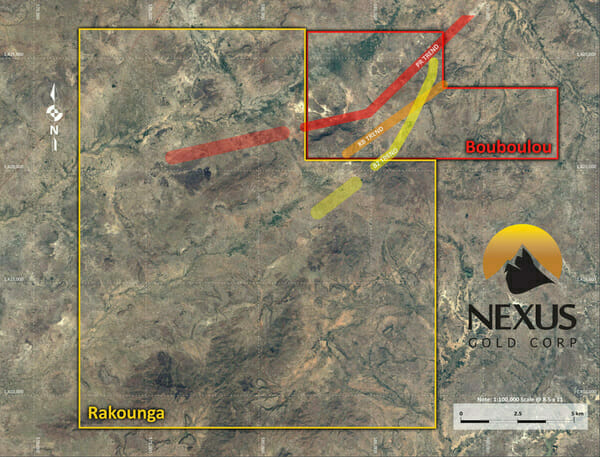 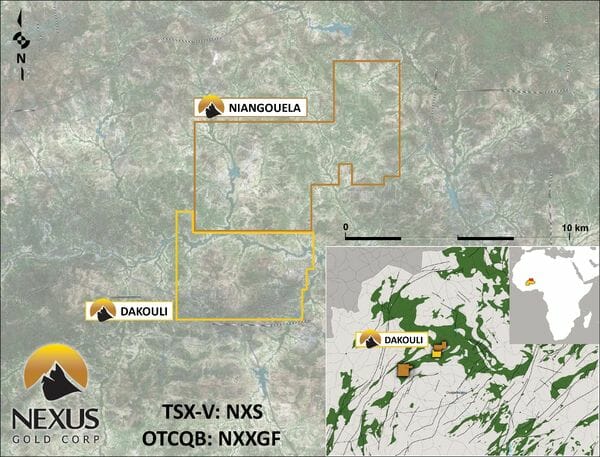 I like the high-grade nature of Dakouli 2. We covered the project in detail in the following Guru offerings:

On the other side of the pond, in North America, summer work programs are planned for both the New Pilot Gold Project in BC, and this new acquisition in the Red Lake Camp of Ontario.

The company will be active on at least five geologically prospective fronts this year.

That strikes me as a rock-bottom valuation for a company stacked with this much potential.