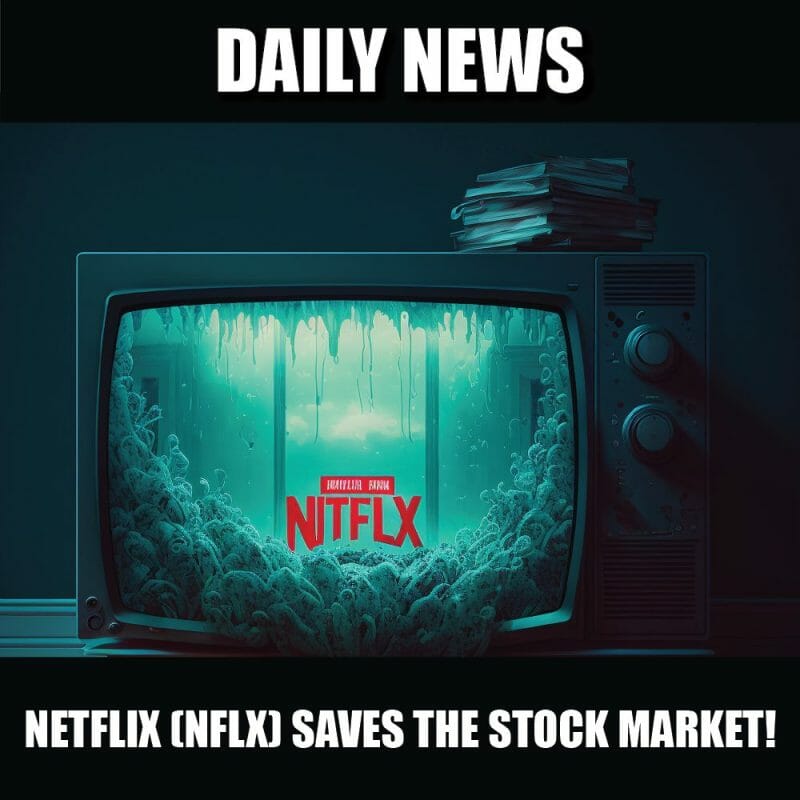 Navigating through all these tech companies announcing major layoffs, we realize that it is still earnings season. A lot of eyes have been on Netflix’s earnings recently due to the stock volatility post earnings. Enough to make or break stock markets.

Can you take a guess if Netflix earnings were a hit or miss?

Netflix had some blow out numbers, and the stock is propping up US stock markets.

First off, Netflix added more subscribers in the fourth quarter than expected by analysts. The streaming company added 7.66 million paid subscribers during Q4 versus the 4.57 million expected.

Here are other major points from the earnings release:

The miss was earnings per share (EPS) and Netflix attributed this miss due to a loss related to Euro-denominated debt. However margins of 7% still beat expectations. Technically, the depreciation of the Euro against the US Dollar isn’t an operational loss.

Q4 also was the first quarter when Netflix’s new ad-supported service was included in earnings. This cheaper tier was launched in November 2022, but the company has not disclosed what portion of the new subscribers are from users who opted for this service. All they have said is that they have not seen a significant amount of people switching plans.

“We wouldn’t be getting into this business if it couldn’t be a meaningful portion of our business,” said Spencer Neumann, the company’s chief financial officer, during the call. “We’re over $30 billion in revenue, almost $32 billion in revenue, in 2022 and we wouldn’t get into a business like this if we didn’t believe it could be bigger than at least 10% of our revenue.”

This earnings was historic because it was the last time Netflix will report subscriber guidance, but those numbers will still be reported in future earnings reports. The reason is that Netflix now wants to focus on growing its revenue as its primary metric for growth rather than membership growth.

In terms of revenue growth, Netflix predicts a 4% rise in Q1 2023, which is higher than market expectations of 3.7%. Q1 2023 will also see Netflix’s roll out of its paid sharing program, which aims to make money from users who have shared their passwords with people outside their homes. 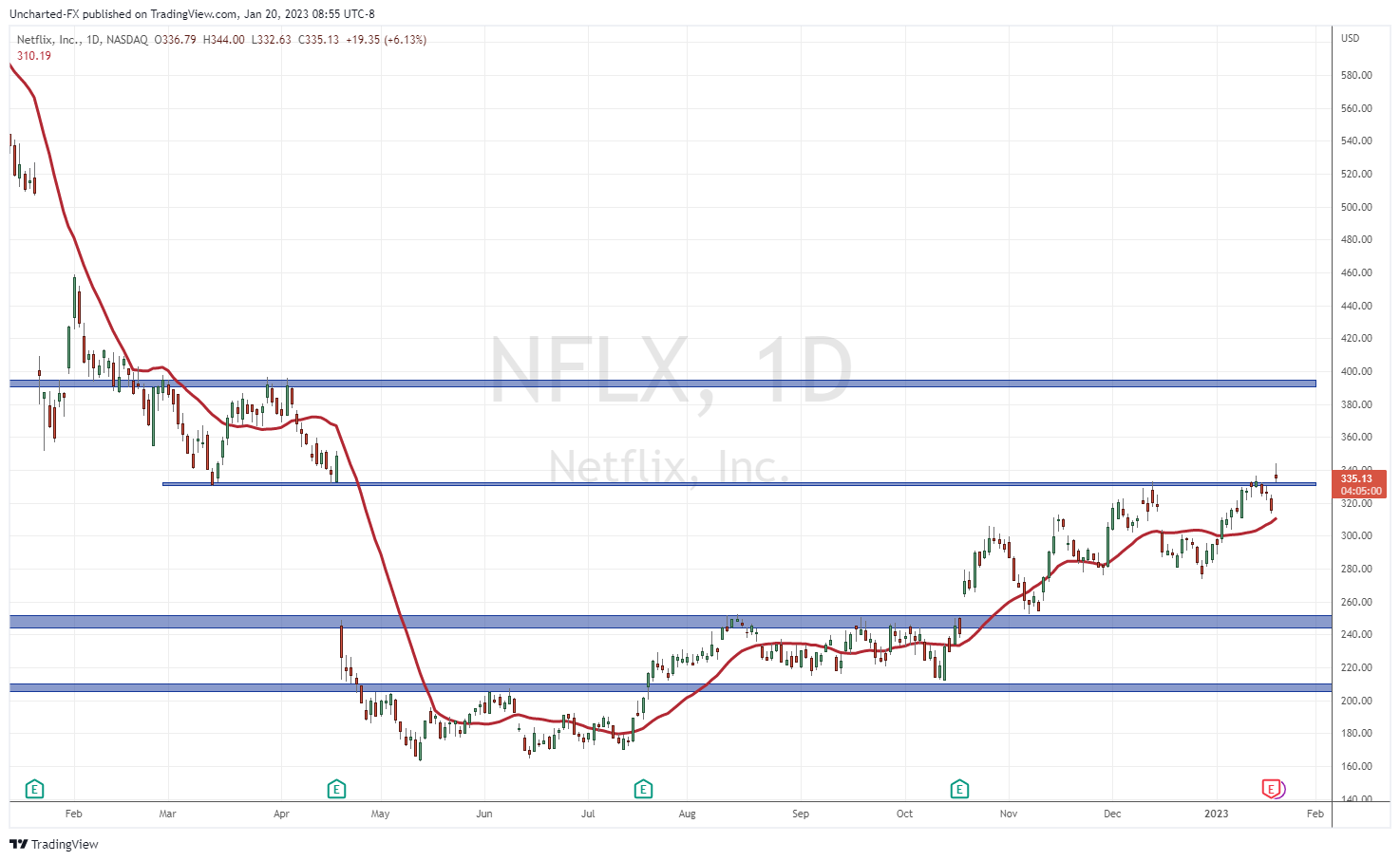 Netflix stock is currently up over 6% at time of writing.

The stock chart is what interests me. The stock has been making a nice rise with multiple higher lows and higher highs ever since bottoming in Summer 2022. Recently, the stock began to test a major resistance zone at $330. Initially, we rejected, but earnings always have the potential to be a surprise and change trends.

Earnings have been the catalyst to cause a breakout above $330. This is bullish. What next? Well, we need to see a close above this level by the end of the trading day. And ideally, we want a strong green candle. At time of writing, the daily candle is actually red meaning prices are now below the opening price. The gap up is why we are still up 6% for the day.

If the breakout is not strong, then it tells us that markets are primarily focused on the Federal Reserve, interest rates and inflation. 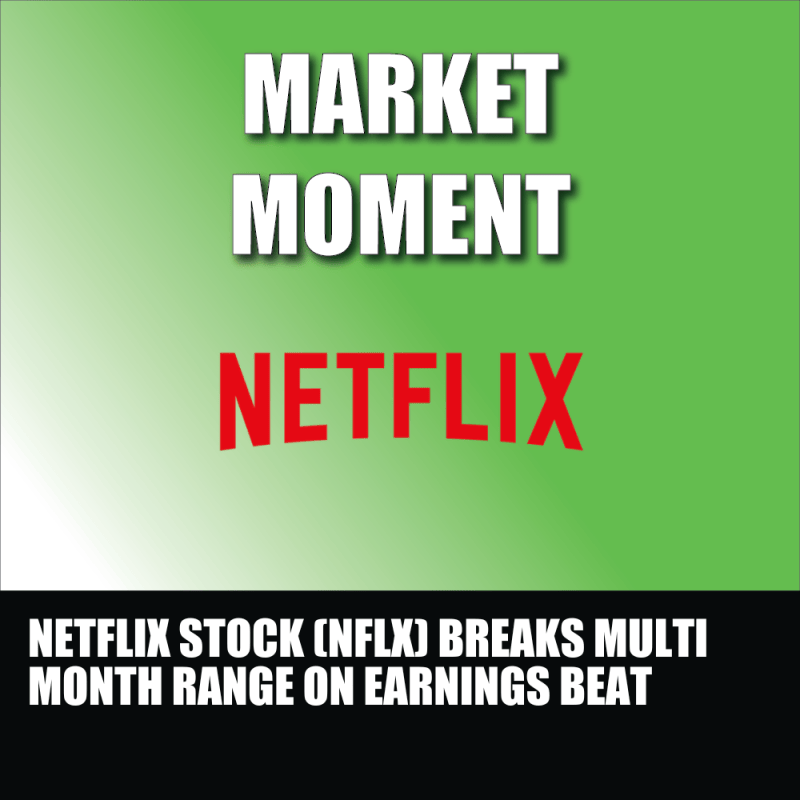 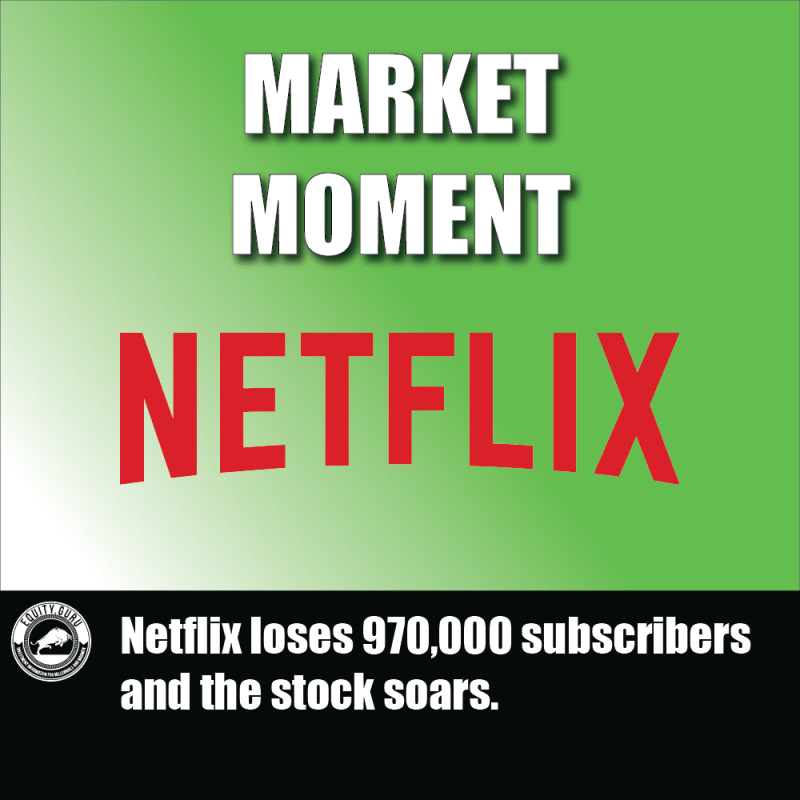 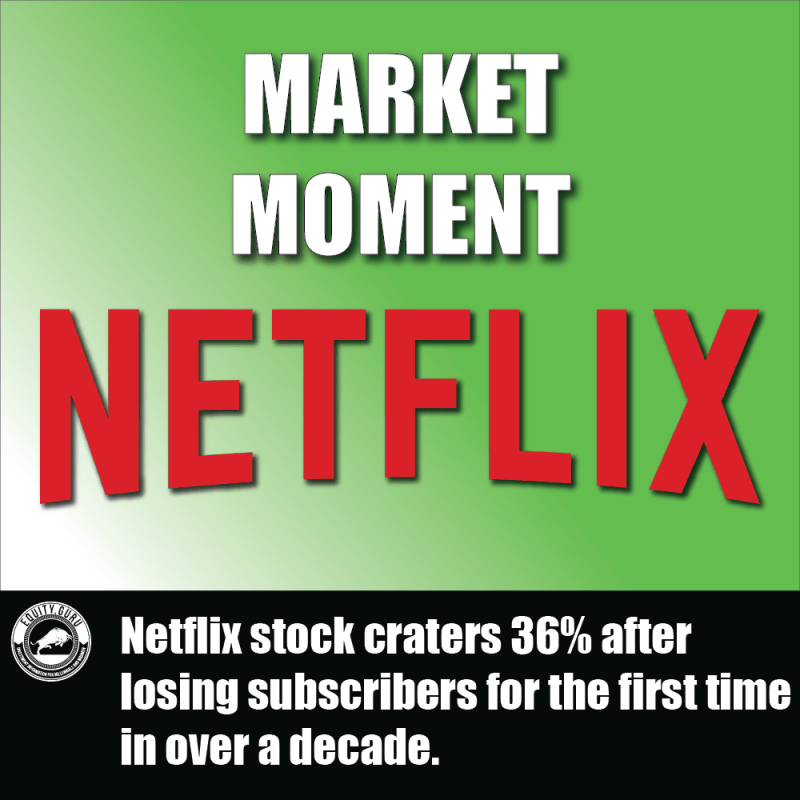 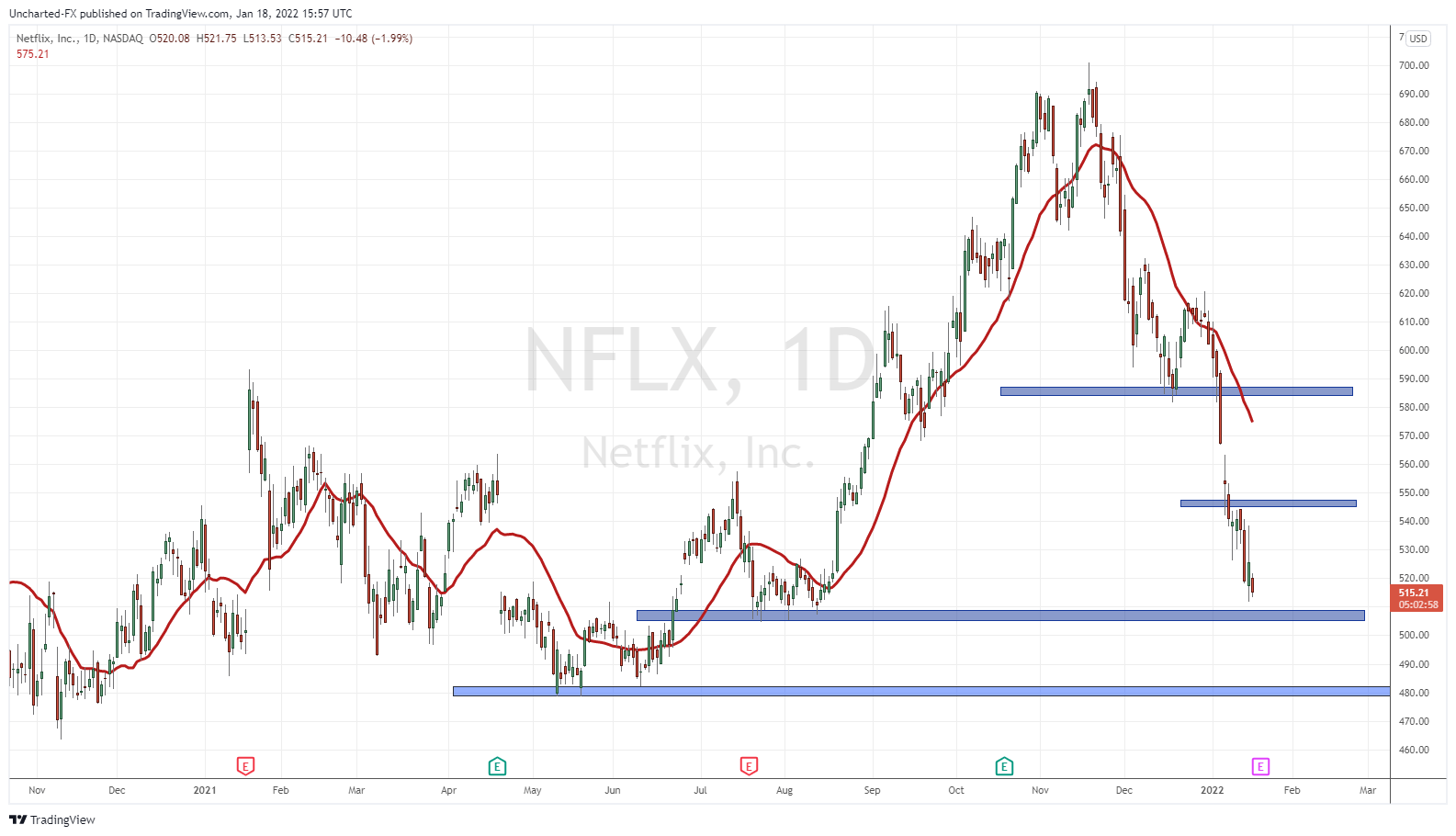 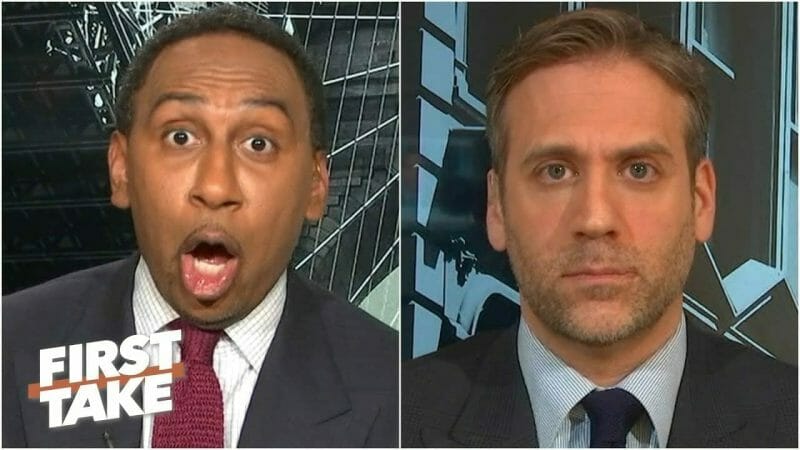 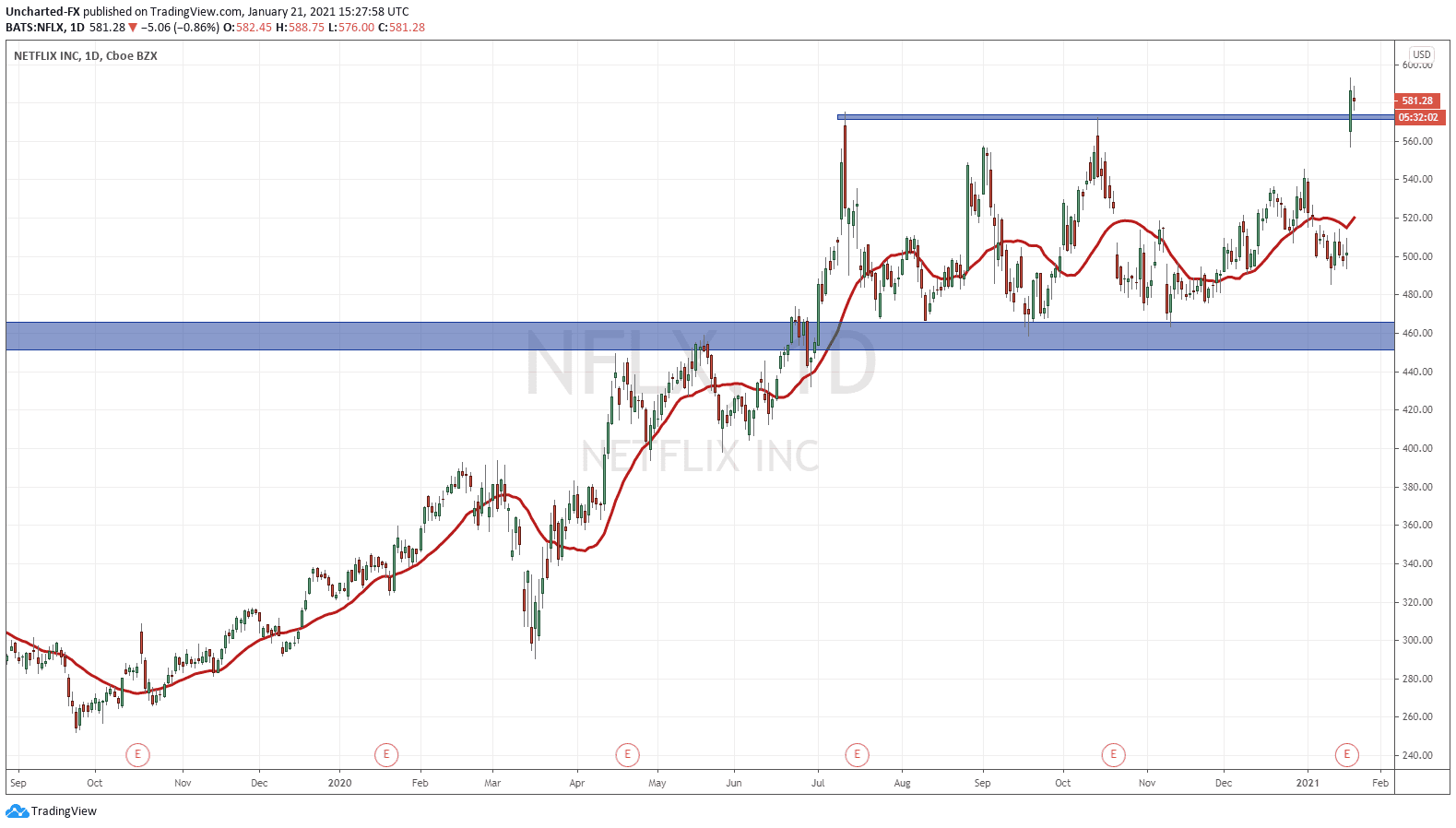