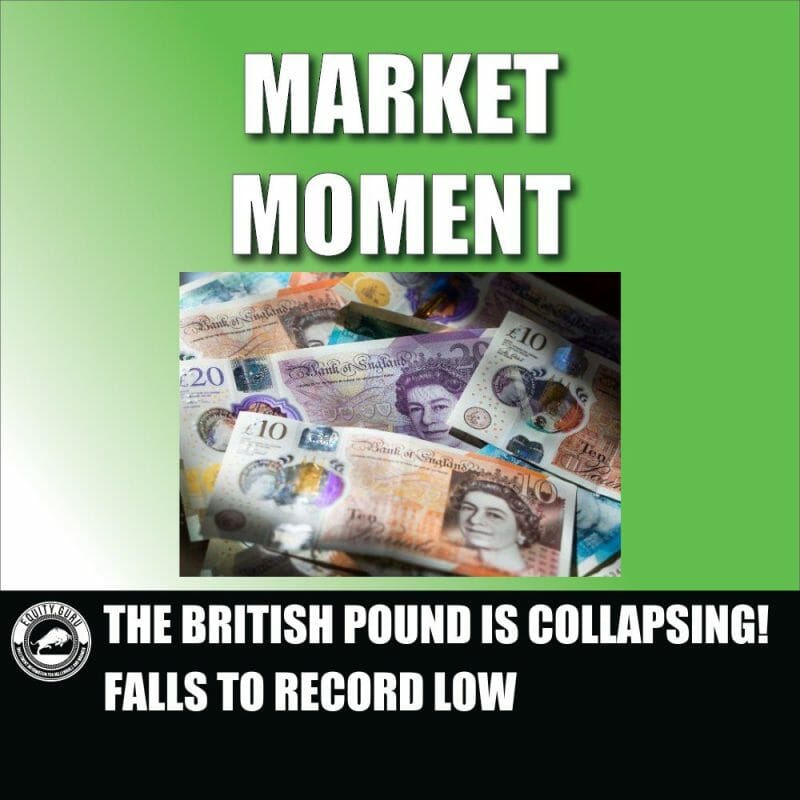 The British Pound is collapsing! Falls to record low.

2022 will be remembered for many things in the financial world. The collapse of currencies is what I will associate this year with. Yes, stock markets have fallen and could see more new yearly lows before the year ends. Bond yields are making decade plus highs. Mortgage rates are also seeing levels in the US not seen since before 2008.

These are all important, but when it comes down to it, financial gains are irrelevant when purchasing power is collapsing. When your currencies drop, it is all about wealth preservation. Remember: the true definition of inflation is when the value of a currency drops so much that its purchasing power drops which means it takes more of the weaker currency to buy something hence higher prices.

Earlier this year, I warned readers that the Bank of Japan is going to see their currency get destroyed. The Yen took a massive hit and is now the weakest it has been since 1998. The Bank of Japan (BoJ) is actually doing a currency intervention in an attempt to prop up the Yen. This means they will need to sell off foreign reserves (US Dollars too) to buy Yen.

Then we get to Europe. The Euro is having a terrible year. It has broken through parity and is the weakest it has been against the dollar since 2002. The Euro zone has many problems. Inflation, rising energy prices and likely energy issues come Winter. Oh and let’s not forget that the far-right wing party in Italy is on course to win the election. Italian bond yields caused the European Central Bank (ECB) to hold an emergency meeting where they announced this program with a fancy acronym, but in the end it translated to the same thing: buying bonds. With Italian bond yields breaking out, the ECB is going to have another headache with Italy.

Just last week and over the weekend, we saw the epic collapse of the British Pound (GBP). Against the US dollar, the Pound fell to a record low. 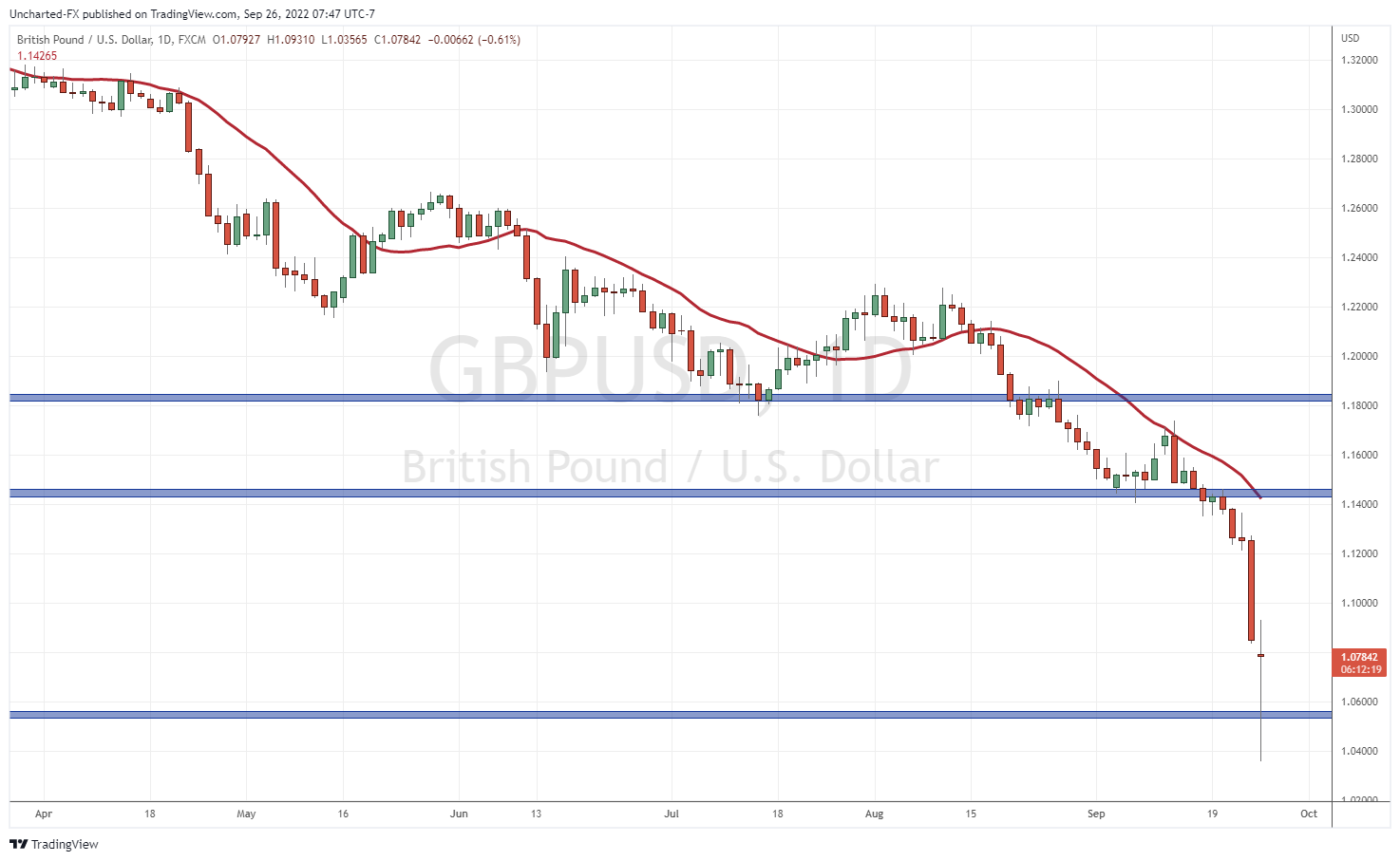 The reason why the Pound is taking a hit is due to growing fears about the stability of the UK government finances. The UK’s government plan to stimulate the economy includes the cutting of taxes while borrowing more money to spend on programs. Borrowing at a time when rates are rising. The epic Pound sell off began on the first trading day after UK  Exchequer Kwasi Kwarteng (think finance minister) unveiled the government’s plans to boost economic growth this year.

While some may say that the UK cutting corporate and income taxes to their lowest level in half a century, while borrowing more to subsidize food and energy prices is a step in the right direction, the financial world sees it differently.

Price action is telling us that traders are doubting that this new financial plan will work. They are betting against the UK and the Pound.

What comes next? A further drop in my opinion. Think parity.

Before I close out with final thoughts and warnings, let me show you some other Pound charts. Whatever you search up, you will see the Pound is weakening against all major currencies. 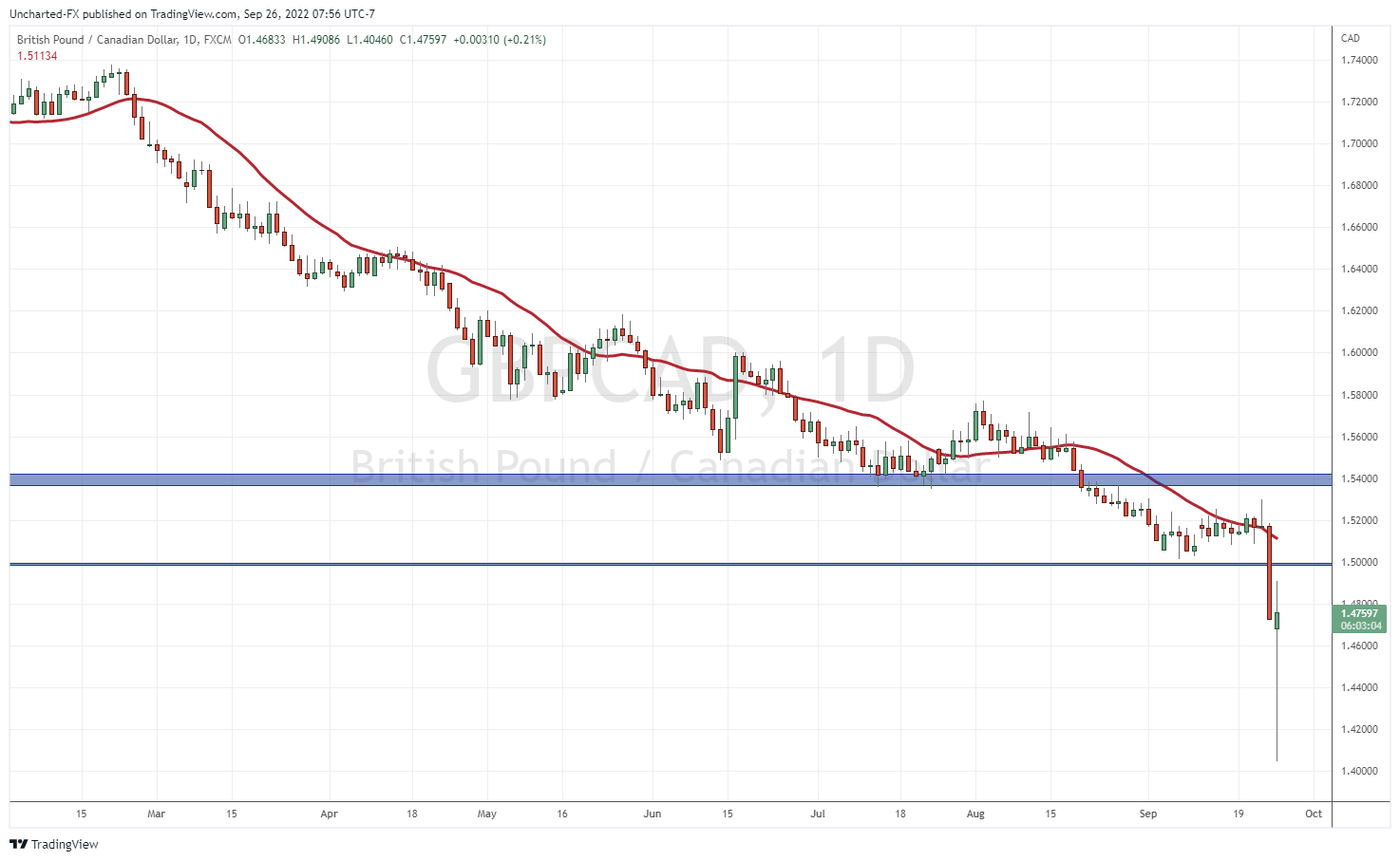 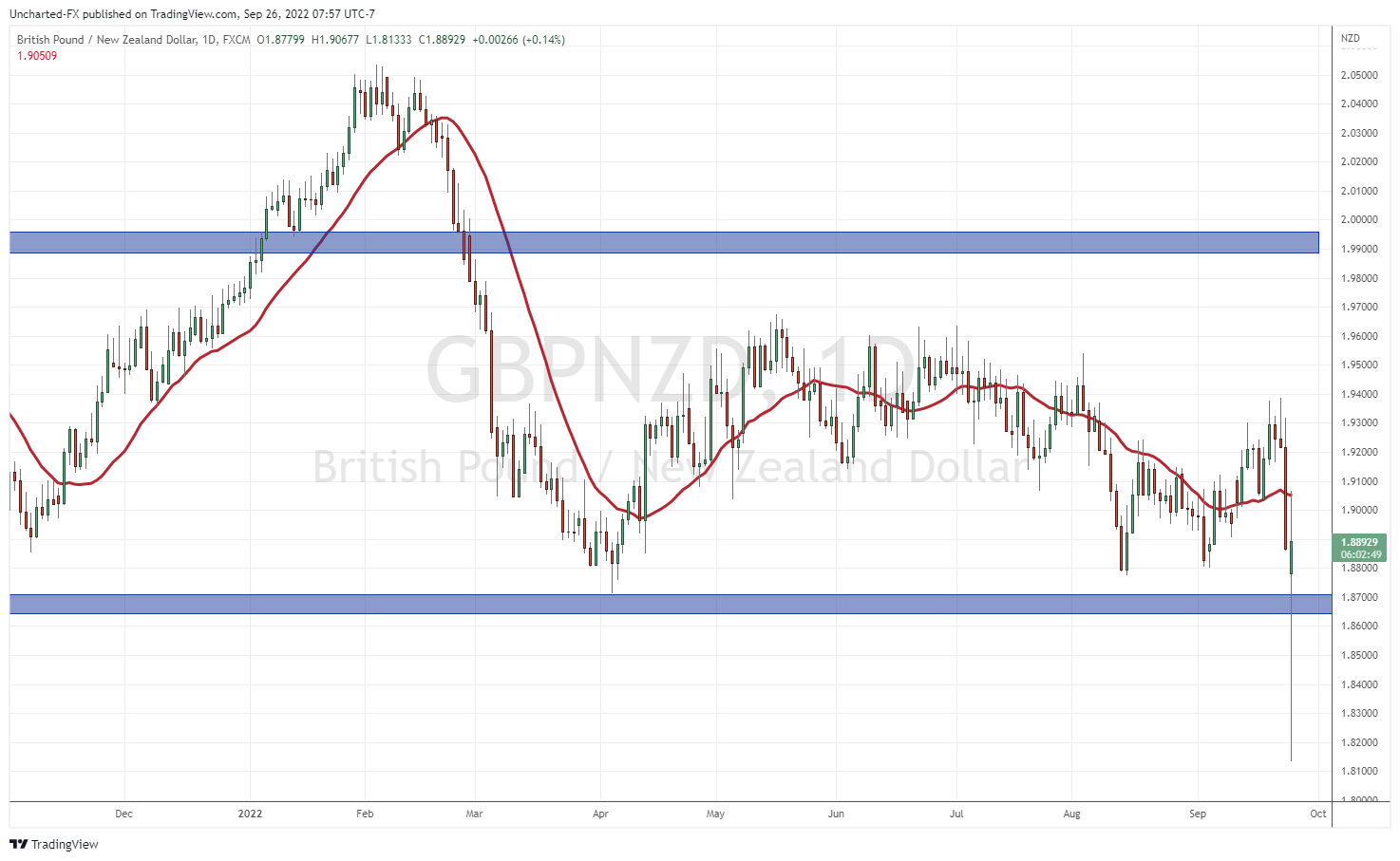 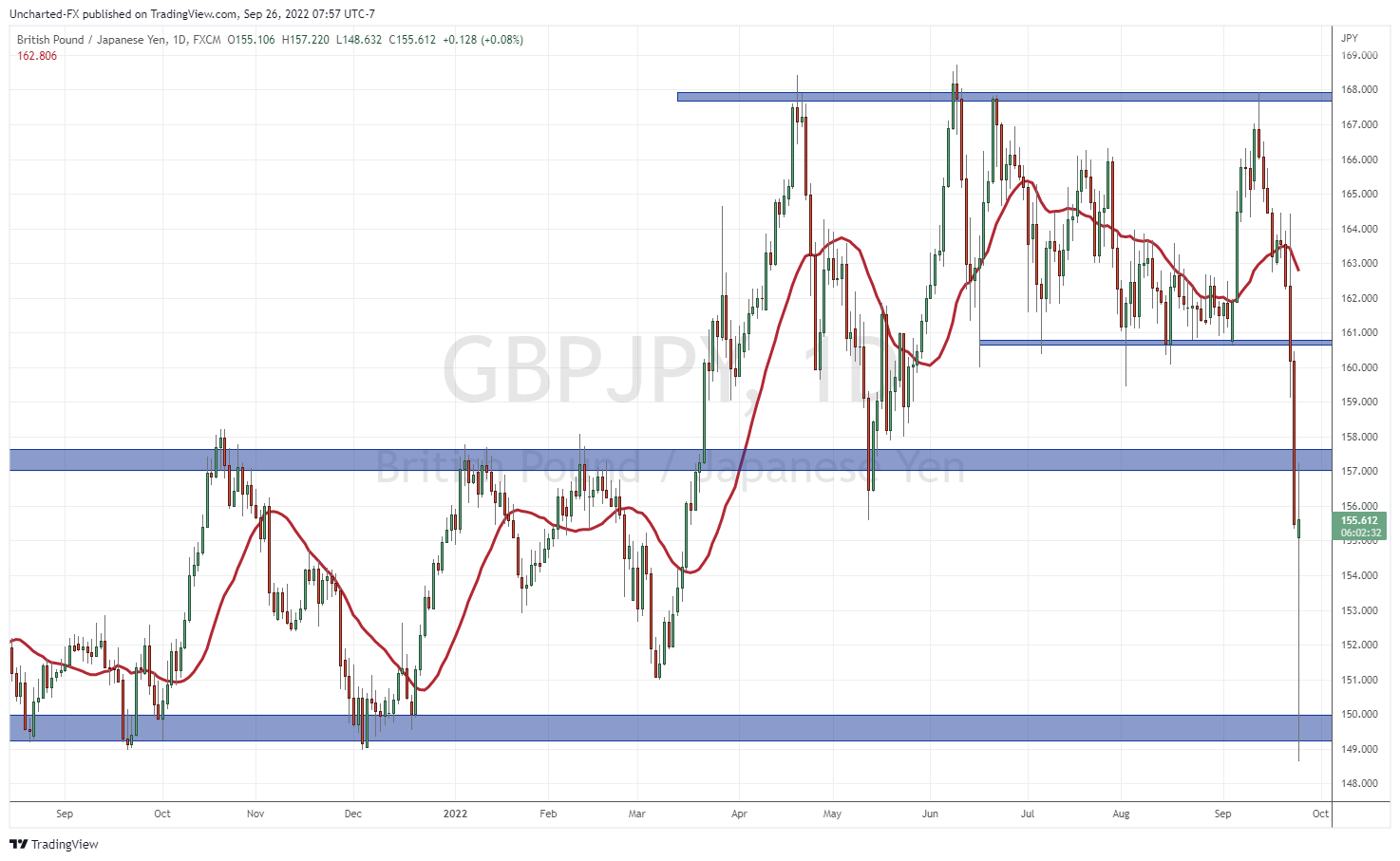 Long time readers of my work know that I have been warning of a currency crisis. It all revolves around the US dollar, and why in recent weeks, I have been writing about the US dollar extensively and for good reason. The US Dollar Index (DXY) keeps strengthening, and the higher the dollar goes, the more havoc it will wreak. For more info on this, check out my latest piece titled “This once chart is hitting stock markets“. Information on the dollar wrecking ball is given, and why the dollar is likely heading higher.