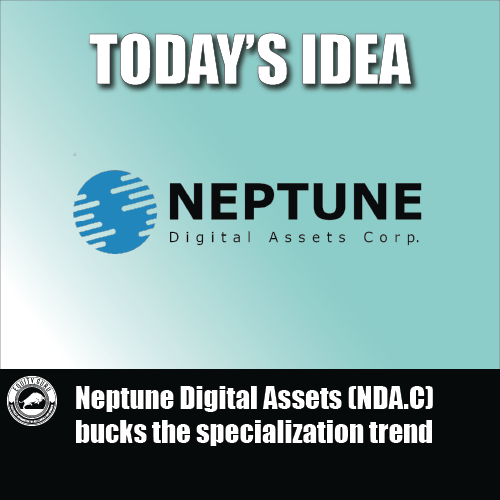 Usually trying to be all things for all people is a bad business strategy. Mostly it stretches your operation too thin. You might be really good at one or two things, and only so-so on others, but if you spread out to include all the operations you can manage, you can usually expect mediocrity across the board. Specialization is the way to go.

Neptune Digital Assets (NDA.C) is the exception that probes the rule and they know from experience that the problem with specialization is that it gives you one point of failure.

Back in the hazy days of 2017 and well into the crypto-winter of 2018, NDA was Neptune Dash. Their specialization and focus was on mining operations and running nodes for the Dash privacy coin. It made sense back when Dash was a legitimate contender for top 10 status, making gains to the tune of 8000% back in 2017.

It wasn’t sustainable. You could point at the crypto-winter as the cause but the reality is that privacy coins caught such a bad reputation due to showing up in deep web transactions involving illegal activities. Nobody wants to be associated with that and so the privacy coins took a hit. As a corollary, Neptune also took a hit and while they managed to survive the winter, it became obvious that they couldn’t sustain themselves on Dash alone.

They’ve since decided that diversification of their coin-operations would likely be in their best interest and spread out from their specialization, running Dash nodes, to include what seems like an ever-expanding crypto opportunity. It’s a sharp move on their part, and while they’ve technically come a little late to the game they’re still making a name for themselves in the space.

Here’s what they’ve developed since the pivot:

Let’s dive in a bit deeper. 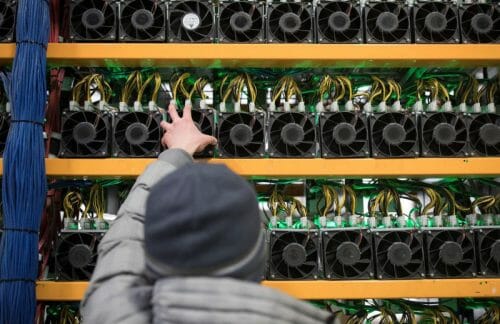 Bitcoin mining’s been in something of a bad odour lately due to the environmental issues surrounding it. Proof-of-Work mining done at scale requires large amounts of energy expenditure to power the network—the equivalent of certain countries, in fact. There’s an entire industry that’s popped up to mining the coin, and there are sub-factions within said industry that want to get on top of the environmental aspects of mining before the government steps in.

The secret to competing with the big guy is to lower your overhead.  While Marathon Digital Holdings (MARA.Q) can bring in entire fleets of antminers and spend millions of dollars on electricity, a company like Neptune doesn’t have that option.  Nor really do they want it.  Remember?  Specialization comes with a single point of failure.

Neptune is using techniques like mining pools and renewable resources to accomplish their ends, and they’ve formed a joint venture called Pure Digital with Link Global Technologies to offset some of the costs and take advantage of solar power to keep their environmental impact down. 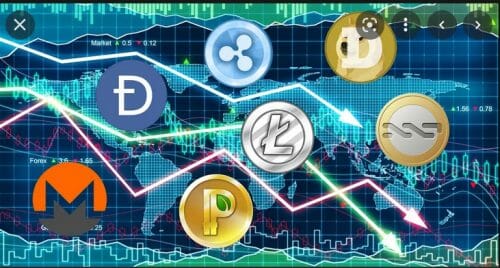 Altcoin mining doesn’t carry as much environmental weight as Bitcoin. What coins that do use the proof-of-work consensus mechanism generally aren’t big enough networks to need the same kind of energy requirements, and the rest are proof-of-stake coins. Proof-of-Stake doesn’t require as much energy.

Simplified, Proof-of-Stake is a type of consensus mechanism used to validate cryptocurrency transactions. Instead of committing quadrillions of units of electricity to resolving a mathematical problem as in Proof-of-Work mining, PoS involves staking pre-existing coins that you already own for the right to validate new blocks and add them to the blockchain.

Their other holdings include: Dash (of course), Ethereum, ATOM (Cosmos), FTM (Fantom), AVAX (Avalanche), Litecoin, Polkadot, Bitcoin Cash, Stellar, NEO, OMG and QTUM. Many of which are in substantial amounts.

That’s the baseline verticle where a heavy chunk of their revenue comes from, closing blocks and getting paid for it, but let’s go deeper.

If you’re unfamiliar, decentralized finance (DeFi) refers to a series of protocols and companies on various blockchains that are offer various financial instruments, like loans, bank accounts and exchanges, without the need of traditional centralized institutions and their exorbitant fees. DeFi does this using smart contracts to secure transactions, which are widely available on the various blockchains involved. Instead of giving your money to a bank to use or squander in their own investments, you can control where your money goes and what it’s used for.

That’s what Neptune’s involved in, having recently introduced a few different DeFi protocols into its program. Two examples of which are Fantom and Avalanche. They’re both smart contract enabled blockchain protocols with specializations in in fast transaction speed with a reduced cost, which makes them ideal and some might say integral to operating in DeFi. Neptune intends on building out its program even further through research, deployment and evolution of its program based on the company’s independent assessment.

“DeFi represents a significant opportunity for Neptune. It allows for faster and cheaper financial transactions and services for organizations and the general public. This equates to efficient and decentralized financial services, while keeping more money in the customers pockets, when compared to existing legacy systems. We are very excited about Neptune’s future in DeFi and the potential yield we can generate. This is a nascent space and, as such, we have carefully and methodically selected protocols that we trust, that are run by non-anonymous individuals and groups that have a history of success. Although DeFi is in its infancy, our program is proving to be very lucrative and we will continue to evolve in the space and maximize returns for shareholders,” said Cale Moodie, CEO for Neptune.

The core numbers show a $4 million cash position, no debt and a substantial amount of antminers making an appearance and firing up to expand their Bitcoin mining function. The numbers you’re about to read are for a company that’s getting started.

This isn’t a company that’s going to be able to compete with the established big boys and their specialization in the Bitcoin mining space anytime soon, but they’re not trying to be either. They are trying to sufficiently spread their wealth around to touch on multiple different aspects of the blockchain-based sector, which will never yield big bucks if one happens to take off, but is enough to ensure that if one of them fails (which is more likely) that they won’t be sinking with it.

At present, this is a company with a $58,083,000 market cap and presently trading at $0.465. What they offer the savvy investor is connection to the asset class without the necessity of actually holding it. When crypto goes on a run, which could seriously happen should regulation reduce the risk factor on cryptocurrency and blockchain as a whole, companies like this go with it.