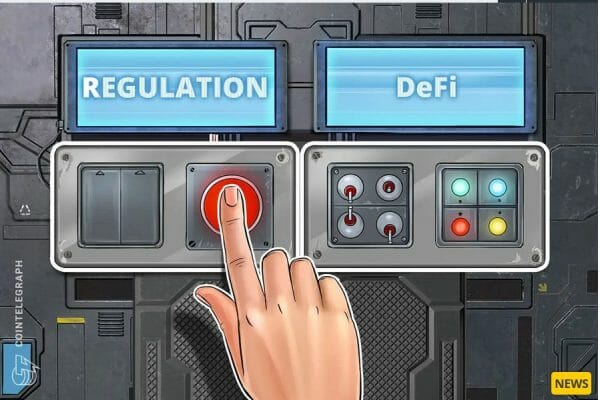 For most people decentralized finance (DeFi) is a mystifying concept. The world of finance itself is full of strange definitions and shenanigans, but it’s been around long enough that the entire sphere of financial life is taken for granted. It’s always been there and it’s always going to be there. It’s the world of Warren Buffett and Gordon Gekko, where greed is good until the swine get run out of town on their backs.

And if the world of regular finance has that kind of reputation, then what must decentralized finance be about?

As it turns out, I’ve discerned from dipping my toes into the shallow end of the pool it’s mostly about trying to get away from that kind of attitude. Still, detractors exist and they make the same tired arguments you hear about crypto.

Potshots on cryptocurrency usually fall along one or two distinct narratives:

Both arguments are technically correct, but fundamentally flawed. The first in that gold and diamonds also carry limited value as industrial commodities like circuitry or lasers, or cutting things, but not enough to justify the worth we place on them. Bitcoin and cryptocurrency is similar in that it has no inherent value except that which we place.

The second is that they’re dangerous and anonymous. And scary! Except that’s mostly hyperbolic hogwash from people with absolutely zero exposure to the asset, its ecosystem, its people or its potential. The truth is that cryptocurrency was invented to protect us from the people making these claims.

That’s why we need DeFi.

Now, though, in the first month of 2022, we see ourselves with not one but five mainstream bridge options giving investors access to the world of DeFi without having to scale the learning curve or learn what a layer 2 setup on top of a private blockchain is.

Wellfield Technologies’ (WFLD.V) decentralized finance offerings offer doorways into the sector via two key products. The first is seamless, which offers options to get people into DeFi without the hassle. It intends to make bitcoin compatible with DeFi—because at this point, BTC has only just gotten the ability to make smart contracts with their Taproot upgrade—which are the entryway into DeFi. And the reason why Bitcoin lags behind in the decentralized finance space by a heavy score. There’s also one more perk that comes along with Seamless, and that’s cross-blockchain exchange. Plenty of other companies have reached for this particular grail, and a few have succeeded in part, which will make Seamless contribution one to watch.

Finally, though, we have MoneyClip. It’s powered by DeFi to bring home every financial products, producing a significant connection to some of the products offered by decentralized finance.

Here’s a list of the various services MoneyClip has in store:

Right now this company is in the process of adding more functions and stronger geographical reach—extending out to Portugal while trying to find more baseline functionality for their Seamless and MoneyClip products.

Like many of the companies on this list, DeFi Technologies (DEFI.NEO) provides a bridge between TradFi and DeFi, and does it through three vectors.

The Asset management portion makes use of a subsidiary called Valour to track the value of a synthetic DeFi protocol or series of protocols. Specifically they create their own tokens tied to other crypto-assets and allow their investors to trade based on the value fluctuations of these tokens.

DeFi Ventures is their decentralized finance investment arm, and DeFi Governance does its utmost to get directly involved in decentralized finance vis a vis its infrastructure. More specifically, some of their latest news is that they’re trying to actually function as a node for the purpose of staking the Solana blockchain.

Tokens.com (COIN.NEO) is a company that invests in Web 3.0 assets—namely, the metaverse, DeFi and non-fungible tokens (NFT). If you’re unaware, all of these three things aren’t exactly isolated from each other. The metaverse is a consensual virtual world where everything from your avatar to your house to your housecat is an NFT, and you can of course, buy and sell these and the proprietary tokens for each of the metaverses in decentralized exchanges like Uniswap and Pancakeswap.

What this means for you is that as the metaverse gathers steam, this company and others like it will see revenue spikes based on how much market penetration they can manage. For that, naturally, they’re going to need some variety of representation, but if they manage to find it they’ll grow.

One of the more interesting moves this company has made is to jump on the growing virtual real estate boom going on in the metaverse by creating the Metaverse Group—which is a realtor of sorts, that handles parsing out digital real estate in these spaces.

Essentially, though, what these guys offer is a quick and easy way for investors to get exposure to Web 3.0 products before that ship sails.

As was stated in the intro, most folks in DeFi aren’t there as scammers and thieves. They’re honest people who are largely wary of intrusive, overreaching government bodies, smashing their toys with regulatory hammers when scalpels would be more apt for the job.

Bigg Digital Assets (BIGG.C) is one of those scalpels. The problem is they’re not exactly well known yet.

The United States is likely going to get a taste of Biden’s blunt-force regulations sometime in the near future as he invoked the American bogeyman of national security late last week announcing the probability of an executive order for the first few weeks of February. He wants all the kings horses to look into crypto and find out if it’s a national security threat, which will likely mean regulations sometime in the near future.

I’m not normally one to blather on about the neoliberal myth of government as lumbering giant regulating everything willy-nilly and destroying nuance like a bull in a china shop, but well, that’s likely what’s going to happen here.

BIGG Digital represents an alternative option. They have a series of products designed to peer into the blockchain and watch transaction flows, which they’ve leased out to multiple different government agencies, including putting up a workshop lately for the U.S. Army. What they offer are block explorer products—basically, forensic blockchain investigation courtesy of a mix of artificial intelligence and blockseer tech, which allows the user to follow a particular coin’s path down the blockchain from wallet to exchange to other point of exit.

Each entry and exit is represented by long strings of numbers and over time and with a sufficient amount of inputs, it’s possible to build a profile and determine the identity of whoever owns that particular entry and exit point. This is how the blockchain isn’t private anymore. It also represents a significant potential advantage in Biden’s post-regulatory cryptocurrency plan, and also for when Canada follows suit. Because we will.

But Qlue (their AI-powered block explorer)and Bitrank Verified (their ranking system for addresses) aside, there’s one other subsidiary we didn’t mention on this week’s roundtable that’s worth a nod. That’s Netcoins—their exchange.

Netcoins is now one of the first crypto trading platforms to be registered as a restricted dealer in Canada. That means early mover advantage as the industry matures and regulations begin to temper and pound their competition into acceptable shapes.

That’s a significant advantage because as we’ve been stating throughout this article, and in many many others, regulations are coming.