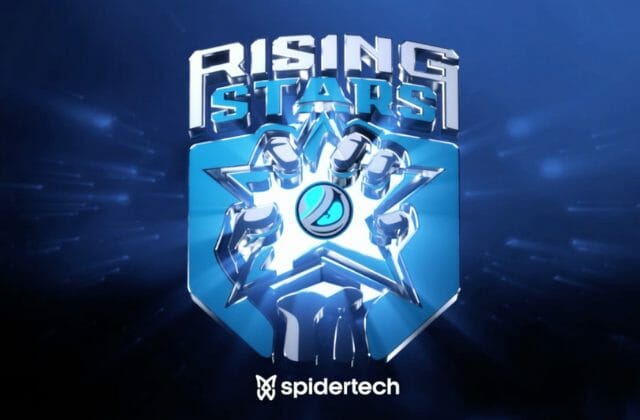 This season e.l.f Cosmetics (ELF.NYSE) has come on board with Enthusiast to help with the co-creation of the series while they look for gaming superstars from colleges all over North America.

“We are thrilled to welcome e.l.f. Cosmetics as our first Rising Stars co-creators, building on the success of properties including Gamers’ Greatest Talent and Luminosity Academy, which connect top brands with gaming and esports fans. We are looking for a diverse mix of up-and-coming creators from colleges across the U.S. and Canada, who will have a chance to learn from top gamers and mentors as they compete for a spot on our Luminosity Gaming roster,” said Adrian Montgomery, CEO of Enthusiast Gaming.

In Rising Stars: Collegiate Edition contestants submit an audition clip showing off their skills, while appealing to the judges regarding their motivation for joining Luminosity Gaming. The winner gets a $100,000 contract and joins the gaming roster, alongside other gaming stars like @xQc and @NickEh30.

The two runners-up get USD$2,500 college grant, courtesy of e.l.f. All finalists get a limited-edition collection of e.l.f’s OG products. The series includes gaming stars like Luminosity’s @xChocoBars and @TheSommerset, who will mentor each of the competitors.

“We are excited to co-create with Enthusiast Gaming to empower the next generation of rising stars in gaming. We look forward to inspiring confidence and unleashing the creativity and self-expression of up-and-coming creators,” said Kory Marchisotto, CMO of e.l.f Beauty.

e.l.f has been into gaming since late 2020 when they teamed up with Loserfruit, called Lufu, one of the world’s top gamers. In May of last year they started producing Gamers’ Greatest Talent, a series that searched for the TikTok’s gaming community hidden talents, alongside enthusiast and TikTok. They were one of the first major beauty brands to get themselves a branded channel on Twitch (called e.l.f You), which is all about empowerment in gaming and features new streams weekly.

The four-week live competition series will premiere on February 26th on both Luminosity Gaming’s Twitch channel, on e.l.f’s.

The real question is does this type of promotion actually work towards drawing investors? 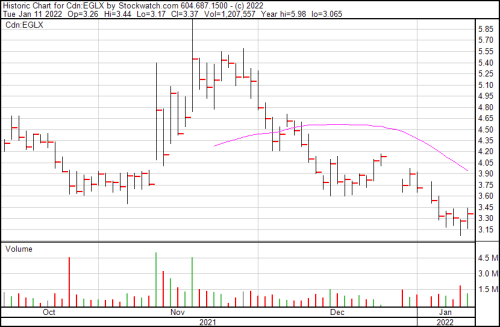 The problem is that you can’t really tell from the chart whether or not this particular type of promotion, which is fairly common for esports companies, and especially EGLX, is effective.  There’s a $0.10 bump today, leaving them trading at $3.37, but the general trend has been selling. They’re down substantially from a November high of around $5.50, but that could be tax loss season.

Maybe things are turning around?  Have to wait and see.